Born with Down Syndrome, Shy Virginia Teen Competes in Bodybuilding 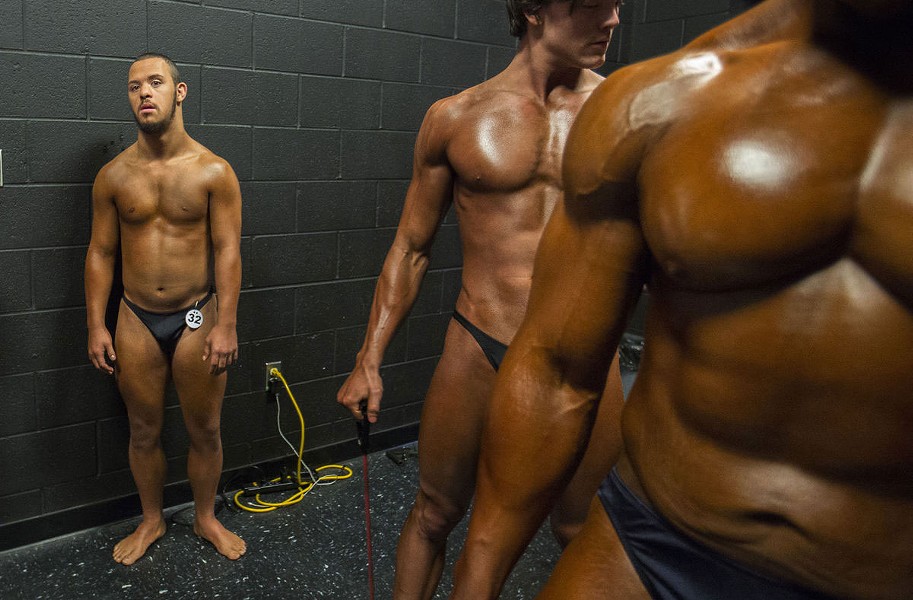 Bill Tiernan Jon Atkins, 19, left, stands with other competitors at the American Theatre in Hampton before taking the stage during The Body Sculpting Open Championships.

Life hasn’t been easy for Jon Atkins. Born with Down syndrome, he deals with a lot of just-can’t-dos. It took years to learn to count to 10. At 19, he’s able to read 30 or so words. Fine motor skills – buttoning a shirt – remain frustrating.

But Jon is no quitter, and he’s found something he’s pretty good at: bodybuilding. This is remarkable, because Down syndrome typically causes low muscle tone.

Jon comes across as quiet, although his mom, Lisa Dudley, says he talks his head off at home and at school, where he is enrolled in a special program at Princess Anne High in Virginia Beach.

A small smile, a simple “yes,” then he looks away bashfully.

But ask Jon to show his muscles and he’s on his feet, striking pose after strongman pose. 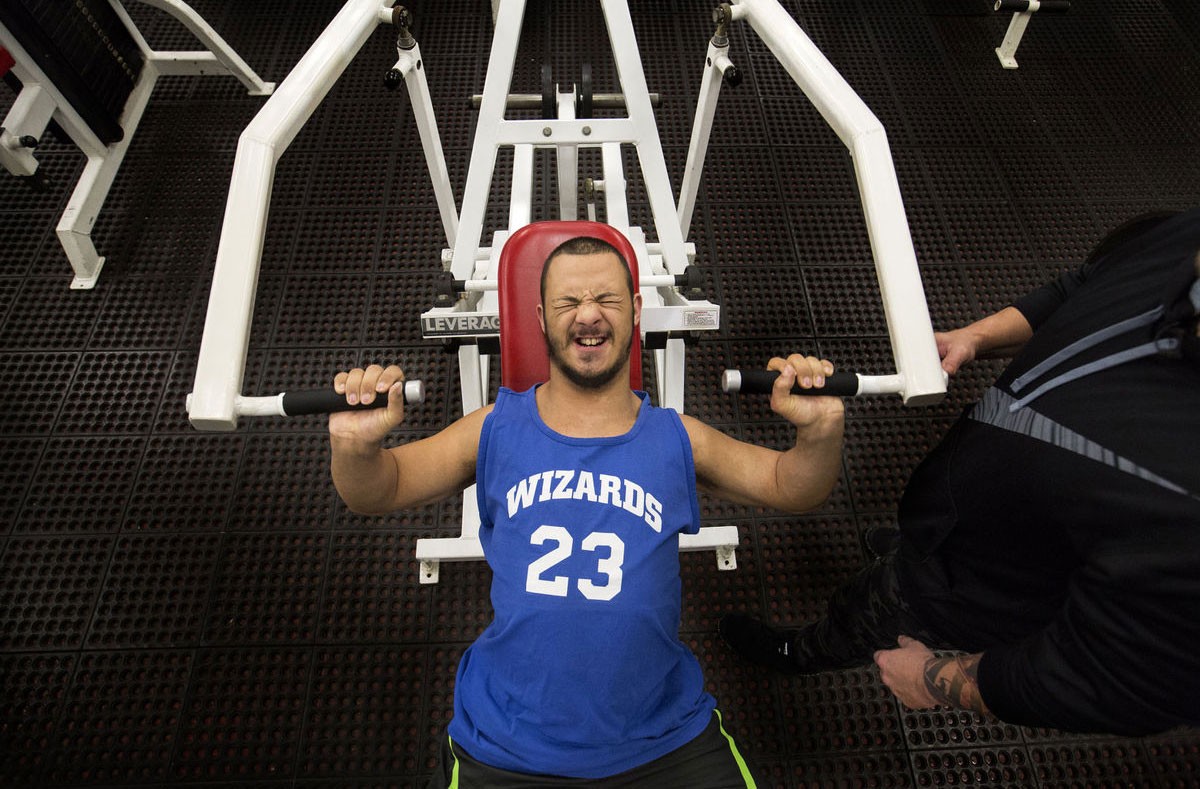 “He was in physical therapy every day until he was 5,” Dudley says. “But he’s pretty built now. It’s helped his self-confidence.”

On Saturday, Jon headed to Phoebus to face an audience full of strangers at The Body Sculpting Open. He’d never been on any stage for any reason before.

Yet, here he was, oiled up and spray-tanned, hanging out backstage with 40 guys so ripped they could qualify as small mountain ranges.

“He wasn’t too sure about the bathing suit thing,” Dudley says, referring to the tiny “mankini” bodybuilders wear to compete. “Or the leg shaving. There was a tear or two shed over that. Mostly because I was standing over him in the bathroom, pushing him to get it done. They all do it, so he had to do it, too. That’s what I told him.”

This all started a few years back. “Every time my husband would go into his room to lift weights, Jon would watch him,” Dudley says. “So we bought him his own set, and he just started doing it after school and before bed.”

Dudley makes her living working with adults with intellectual disabilities. “I had Jon when I was 18, and he’s taught me more than I could ever teach him. About what’s important in life. Like letting the little things go. And having patience. It’s not about how quick you can do something, but that you can get it done. He stays at it. And I could tell this was something he was really interested in.”

A year ago, Dudley signed Jon up for once-a-week sessions with a trainer, Joe Hartfelder, who operates a program called Straight Edge Fitness, out of Houze of Champions gym near Lynnhaven Mall. Hartfelder has another client with Down syndrome.

“As we got trucking along, I could just see how much Jon loved it,” Hartfelder says. “His communication skills are somewhat limited, but if he sees me doing something, he’ll pop right on it and do it.”

When asked if he wanted to enter the Phoebus competition, Jon was all in. Participants come from all over – amateurs vying for a trophy that will launch them to professional status.

The show flies the OCB banner – Organized Competitive Bodies – which insiders know means all natural. Competitors are questioned under polygraph about drug use. Winners submit to urinalysis.

“I didn’t make Jon take the polygraph,” says Kevin Parrott, the show’s promoter. “I didn’t think that was necessary.”

Besides, Jon wasn’t competing for a pro card. He was in a “challenged” division Parrott created this year: “When Jon is onstage, I’ve given his trainer special approval to be down in front, hitting the poses so Jon can mimic him – just in case he gets confused.”

It wasn’t necessary. When his turn came, Jon – a No. 32 pinned to his mankini – took a deep breath, strolled into the spotlights and gave the judges every pose they asked for. The crowd roared during his one-minute routine.

Jon wound up taking second – losing to another challenged competitor, a bodybuilder with cerebral palsy, with three shows under his belt.

It didn’t seem to matter to Jon.