Eight families, with the Clintons now the ninth, have defined 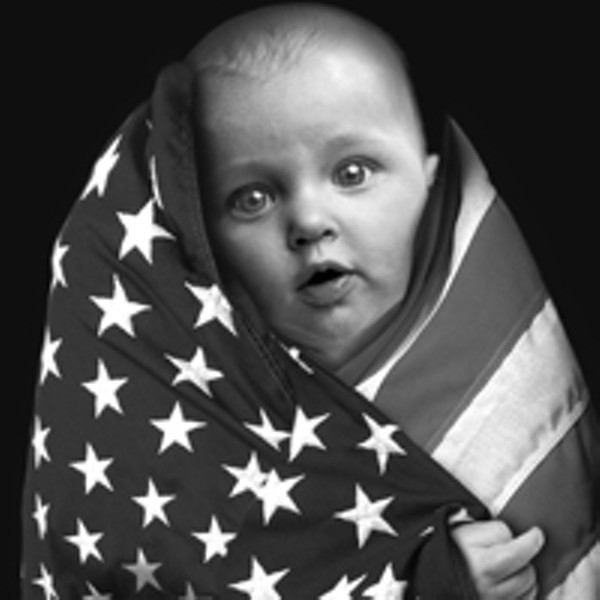 This is an extraordinary statistic in a country without any formal nobility. Moreover, in 1948, Sen. Robert Taft, son of President William Howard Taft, got the second most delegate votes for the top spot on the GOP ticket, as he would four years later when he went into the Republican convention with a delegate lead, only to barely lose to Dwight David Eisenhower. In 1964, the overwhelming favorite for the Democratic vice presidential nomination was Attorney General Robert F. Kennedy, the brother of the martyred John F. Kennedy. President Lyndon Johnson blocked his selection. In 1968, RFK had won most of the presidential primaries before being assassinated on the night of his California victory while walking through the kitchen at the Ambassador Hotel in Los Angeles.

Thus, in only one — 1928 — of the last 28 presidential cycles has no member of these eight royal families been a serious contender for a spot on a national ticket. Once again in 2004, Republican George W. Bush will try to extend his family’s hold on the White House, hoping to become the first son of a president to win two terms of his own. On the Democratic side, the polls say the overwhelming choice of the party faithful to oppose Bush is Sen. Hillary Clinton, the wife of two-term President William Jefferson Clinton.

But Mrs. Clinton says she will not run for president this year, although a candidacy for vice president has not been similarly ruled out. However, she is the clear leader in all the 2004 polls of Democratic contenders, making the Clintons the ninth royal family in the last 112 years of presidential campaigning. This designation is based on the following criteria: She is now the second family member recognized as a major contender for either the presidency or vice presidency.

Predictably, she is already making plans to run for the White House in 2008. Then her opponent could be Florida Gov. Jeb Bush, brother of President Bush and son of former President Bush. If the Democrats do nominate Mrs. Clinton, it might lead Republicans to draft North Carolina Sen. Elizabeth Dole for the second spot. She is the wife of 1996 Republican presidential candidate Bob Dole, and was a contender for the 2000 GOP nomination eventually won by George Bush.

Since 1976, either a Bush or a Dole has been on every single GOP national ticket, meaning a Bush-Dole twofer in 2008 would extend that record to nine straight elections.

Think of it: Eight families, with the Clintons now the ninth, have defined national political jockeying since the election of Adlai Stevenson of Illinois as vice president under Grover Cleveland. Stevenson also would run, but lose as the second guy on the 1900 Democratic ticket. Yet this history is seldom discussed and even less appreciated by commentators on American politics.

But since it seems destined to continue for several more cycles, the fact that 27 out of the last 28 national elections — or 95 percent — have featured a major contender from one of the nation’s royal political families requires some reflection.

It doesn’t take Sigmund Freud to realize such percentages are way beyond the pure coincidence level of human endeavor. Americans clearly feel some sense of comfort with family relations in the White House.

This seldom-discussed aspect of our national politics has remained true from 1888 through 2004, a period that extends across the most wide-ranging changes in the human existence ever recorded, the pace of such actions too fast for even the best Internet surfers to comprehend.

So it is not a product of any particular period or set of events: Rather, it seems ingrained in our political character.

But for Bill Clinton being president, there is no way Hillary Clinton would be a senator from New York. But for Ronald Reagan, in desperation, choosing primary loser George Bush as vice president, there is no way his son gets to be governor of Texas, much less the president of the United States. The same is also true for Jeb Bush, his chances of being governor of Florida: slim to none.

Yet in 2008, they may very well be the choices we have for president, at least according to current polls.

They say you have to run well in either Iowa or New Hampshire to be taken seriously for national office.

But history says you can skip all that hard work if you happen to come from one of nine American families, at least since the end of the 1800s. S

Paul Goldman is a writer and political strategist who lives in Richmond.