Margaret Edds' latest looks at why Northam was one of our most consequential governors in years. 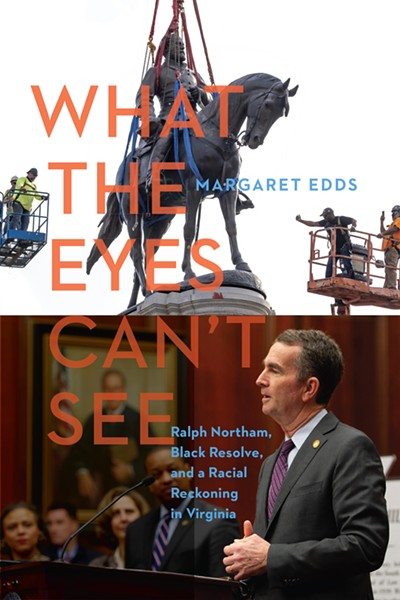 The cover of the latest book by Margaret Edds, a former reporter and editorial writer for the Virginian-Pilot, who has lived in Richmond since 1978.

Ralph Shearer Northam is arguably the most consequential governor in Virginia’s recent history.

He ended the death penalty, expanded Medicaid to needy Virginians, shepherded the state’s most expansive environmental bill ever, legalized marijuana, and raised the state minimum wage.

Perhaps his most meaningful achievement was leading a movement to remove scores of Confederate monuments from public spots across the state.

Yet Northam, a kindly pediatric neurologist, had a peculiar downside that almost ended his political career. At times, he was so clueless about understanding nuanced issues involving race, among other matters, that he stunned allies and frustrated aides.

Pulling this all together is veteran, Richmond-based author and journalist, Margaret Edds, who has written six books, mostly on state history and politics. Her latest is “What the Eyes Can’t See: Ralph Northam. Black Resolve and a Racial Reckoning in Virginia" (University of South Carolina Press), due out Nov. 8.

Northam grew up just outside Onancock, a small town on the Eastern Shore. It was a friendly, relaxing place and Northam spent a lot of time on the Chesapeake Bay. After integration, private white academies sprang up but Northam’s father, a lawyer and prosecutor, kept him in the public school system.

He enrolled in the Virginia Military Institute and did well after some initial stumbles. Next came the Eastern Virginia Medical School and training as an Army doctor. Eventually, the Democrat won a seat in the General Assembly.

Northam had a reputation for being hard working and inoffensive with an easy small town manner. He made lots of friends and won his race for governor in 2017.

Things seemed to be going on swimmingly until near disaster struck in early 2018. A conservative blog revealed that a medical school yearbook showed what appeared to be Northam dressed in blackface and holding a drink at a party. Standing next to him was a shorter person wearing a Ku Klux Klan costume with a mask.

Asked about the racist image, Northam seemed to admit it at first. Then he said he had no idea the photo was printed on his yearbook page. Scores of top Democrats demanded his resignation but Northam held firm.

In her book, Edds set out to discover the truth about the photo. She could not, but then again, two major, formal investigations also had failed. To this day, it remains a matter of speculation for some. Howard Conduff, a Floyd County dentist who was Northam’s VMI roommate, said: “The person in the photo has pearly white teeth. Ralph’s teeth aren’t like that.” 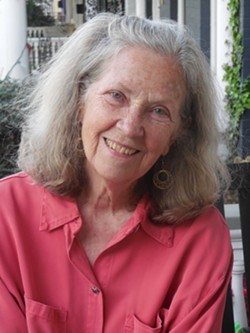 The ugly incident eventually blew over but brought up some serious questions for Northam. He consulted State Sen. Jennifer McClellan, a prominent Black Democrat from Richmond who ran for governor in 2021 and was a close Northam ally. She discussed the matter with him and was shocked to learn that Northam did not know what a minstrel show was, even though that’s where blackface originated.

Another oddity was that Northam admitted to using blackface in the past when dressed up as pop star Michael Jackson for a talent show at an Army hospital in Texas. To make matters worse, when he spoke to media during a press conference, he attempted to give a demonstration of moonwalking before his wife wisely stopped him, while his aides groaned.

The aides did the same when Northam responded to a controversy about whether newborn infants can be euthanized or left to die if they were deformed. The correct answer was to try to keep the baby alive as long as possible. But on a radio show, Northam diverted from the script and said that in such a case, the physician and parents would keep the baby comfortable and discuss what to do.

Republicans pounced at the botched answer, which made it sound like Northam was backing infant death panels. But as Edds points out, Northam had treated thousands of sick children at his Norfolk practice. He also often saw 30 to 40 seriously wounded soldiers a day when he served at an Army hospital in Germany during the first Gulf War.

Stung by these incidents, Northam went through weeks of self-reflection and atonement. He thought hard about what he was doing wrong and decided that he really needed to reach out to the Black community to get a better understanding of their realities and concerns. He spent weeks meeting with people.

That, Edds writes, helped him make a remarkable internal transformation and succeed with many positive new laws such as expanding health care to lower income Virginians and legalizing marijuana; one reason for the latter was that Blacks are disproportionately arrested and jailed for possessing it.

But the most visible initiative came after unarmed George Floyd, a Black man, was murdered by a white Minneapolis policeman in May of 2020. Angry protests erupted across the nation, as well as in Richmond, where Confederate memorials still lined Monument Avenue, serving as dandy props and places of protest and community organizing.

Northam realized the time for removing the memorials had come. He was instrumental in clearing the way for the removal of the massive, state-owned Robert E. Lee monument among others in the commonwealth.

Northam’s newfound philosophy also served him when he had to deal with a racial controversy at VMI, his highly traditional alma mater. Black students and alumni complained that they faced discrimination, such as being forced to salute a statue of Confederate Gen. Thomas “Stonewall” Jackson.

The head of the school, James Henry Binford Peay, dragged his feet when Northam ordered a probe and resigned shortly afterward. Edds writes: "It vexed and offended [Northam] that Peay and his top aides had been so unwilling to do the work that he had done --put down their defenses, make themselves vulnerable, and listen, truly listen, with empathy to the experiences of young Black men and women who felt wounded by their time at the institute."

Over nearly 20 years, Edds has written a small library about Virginia politics including profiles of leading civil rights lawyer Oliver Hill and the case of a man on death row how was only days away from execution when it was discovered he didn’t commit the crime. Edds’ latest book is a welcome addition.

One of the things I appreciated most is that Edds provides a lot of detailed reporting about the Northam administration that had been missing, thanks to the continuing downsizing of Virginia newsrooms.

Northam’s political end game was mixed. Terry McAuliffe, a former governor, lost his re-election campaign to Republican Glenn Youngkin, who is now poised to become a major player on the national scene. The GOP raised fears about critical race theory and abortion and made progress in the House of Delegates. One of Edds’ underlying points seems to be that Northam’s time as governor shows us something important and instructive.

“The legacy of Ralph Northam lay not just in his legislative achievements,” she writes. “He had demonstrated also how a White man, even a highly accomplished one with Black friends and a record of support for civil rights, can be race-ignorant about what it means to be a person of color in America.”

Pulitzer-prize winning columnist Michael Paul Williams will interview Margaret Edds about the research, writing, and ideas in "What the Eyes Can't See" during a book talk and signing on Nov. 17 a the Library of Virginia. 6 to 7:30 p.m.