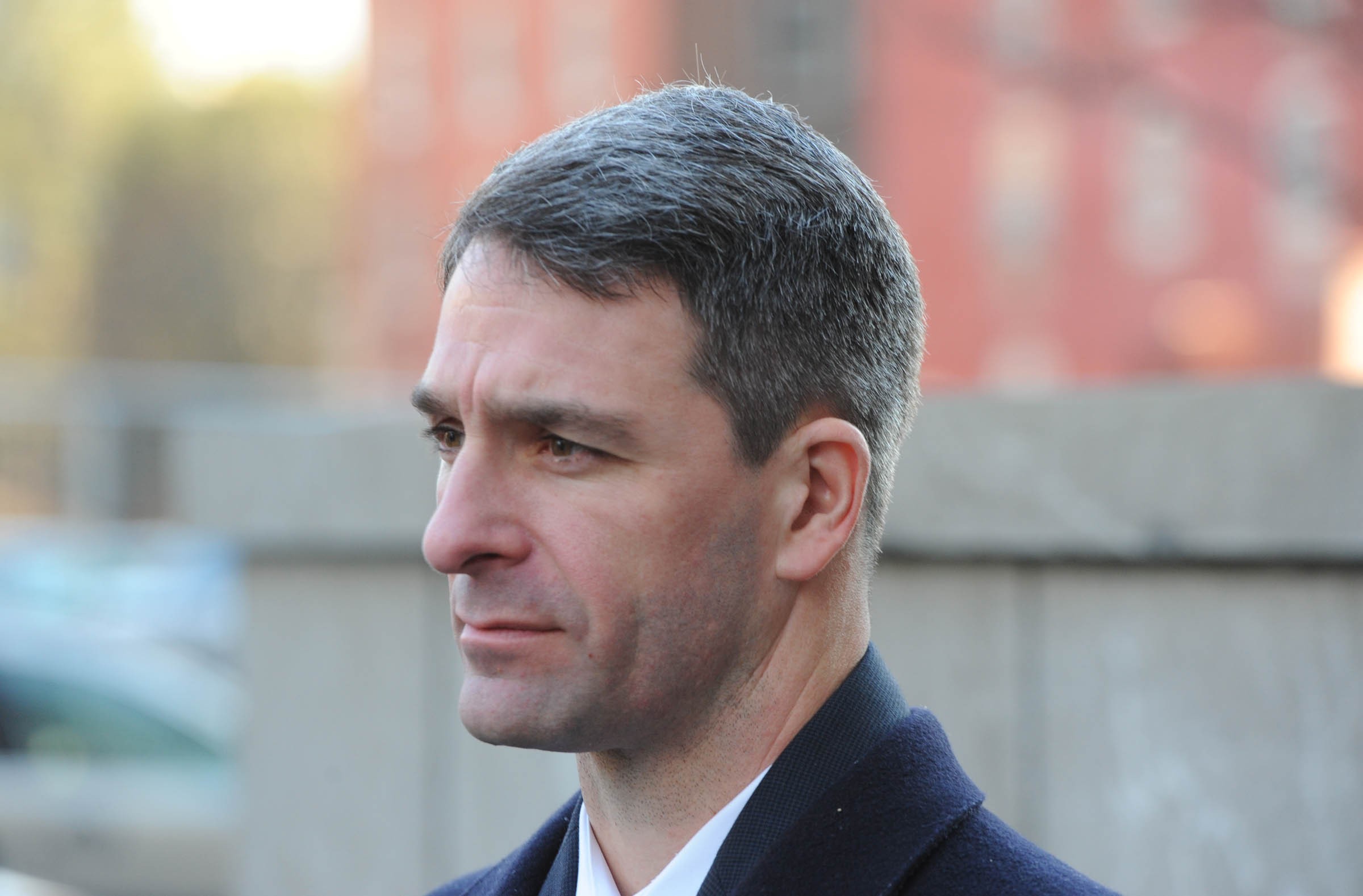 Ken Cuccinelli, Virginia's firebrand attorney general and Republican gubernatorial hopeful, no doubt is one of the livelier politicians in the state GOP. But you'd never know it from his much-touted book, "The Last Line of Defense: the New Fight for American Liberty" (Crown Forum).

Nowhere do Cuccinelli and co-author Brian J. Gottstein, his communications director, get into the marquee social issues that have made headlines: His letter to public universities declaring sexual orientation anti-discrimination policies illegal; driving legal abortion clinics out of business by tightening clinic rules; and unsuccessfully hounding Michael Mann, a former University of Virginia climatologist who has the temerity to propose that humans are responsible for global warming.

What readers get instead are 250 or so dry pages of a primer on constitutional federalism. States retain power and give it to the federal government, not vice versa. The Obama administration, in Cuccinelli's view, has seriously endangered this crucial balance and is "the biggest set of lawbreakers." His chief exhibits are Obamacare, the Environmental Protection Agency, the U.S. Department of the Interior, the National Labor Relations Board and the Federal Communications Commission.

Cuccinelli may be running for governor, but nowhere in this book does he address the challenges specific to Virginia, such as creating jobs, dealing with military and defense-industry budget cuts, funding for public schools or finding a way to unclog the state's poorly maintained highways.

In the Cuccinelli and Gottstein view, the far more pressing issues follow the outdated tea party template, circa 2009. Obama's Affordable Health Care Act is seen as dangerous and unconstitutional because it requires all Americans to buy health insurance. Along with a couple of dozen Republican attorneys general from other states, Cuccinelli spends much time recounting his frontal assault.

In fact, he drags readers through it in practically half of the book, quoting patriots such as Patrick Henry along the way, before they learn on page 141 that the U.S. Supreme Court upheld most of Obamacare as constitutional on June 28. He does offer some solutions for health care, but they're the usual, garden-variety stuff, such as allowing insurance companies to sell policies across state lines.

After wasting readers' time with Obamacare, Cuccinelli shoots blanks at most everything else. He spends considerable time on a controversy that was covered endlessly by the Wall Street Journal. It centers on the National Labor Relations Board's handling of a complaint that charged Boeing with unfair labor practices when it moved some production work for its 787 Dreamliner aircraft to South Carolina, a state unfriendly to labor unions. The NLRB later dropped the complaint. But Cuccinelli remains convinced that the labor board is still a major threat to freedom.

On other matters, he's just plain wrong. He criticizes the Department of the Interior for going beyond a 1977 strip-mining law by insisting on issuing permits for coal mining. He writes that the law gives the states the exclusive right to issue permits. In fact, the federal government oversees the state's permit-letting in some states and handles it itself in states where there is no partnership agreement.

As for Cuccinelli's big complaint that the EPA overstepped its bounds when it declared that masses of carbon dioxide are pollutants that need to be regulated, he ought to read the Clean Air Act, which gives the EPA such authority. He claims that new rules to reduce carbon emission at coal-fired electricity stations are putting Virginia miners out of work. Nowhere does he mention that a flood of cheap natural gas brought on by controversial hydraulic fracking is the real culprit.

To their credit, Cuccinelli and Gottstein write clearly and concisely. The book, for which Cuccinelli reportedly got a $30,000 advance, is an easy read. But given that he's been running for governor for months, you have to wonder whether Cuccinelli, along with Gottstein, another public servant, wrote this book on the public dime — that is, when he wasn't filing politically charged lawsuits against the federal government. S