With her extraordinary art and life, Judith Godwin broke into the boys' club of abstract expressionism — and brought jeans to the cafeteria at VCU. 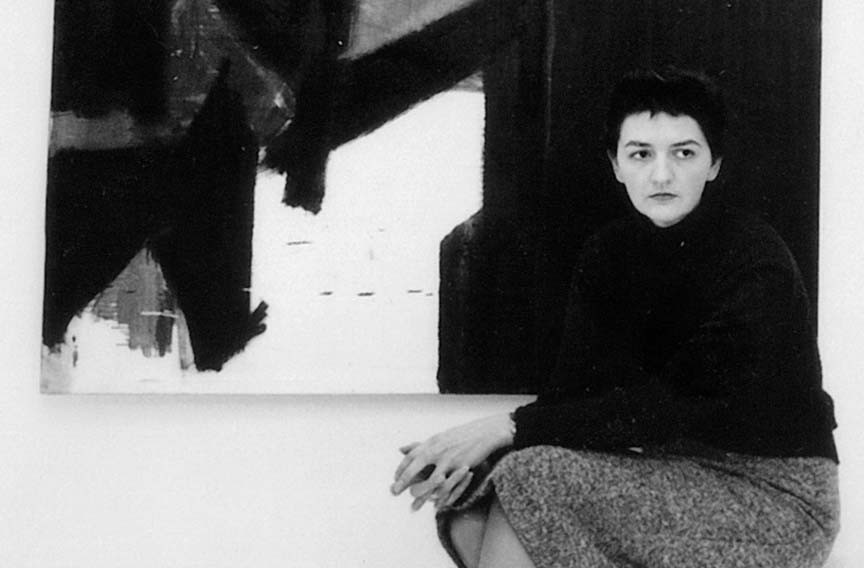 In the 1950s, the abstract-expressionist movement seethed with fresh and audacious ideas. Of course, some things remained the same.

"The first thing I was told by a male artist friend when I got to New York was that women can't paint," Judith Godwin says. It didn't take her long to prove him wrong.

A native of Suffolk, Godwin attended Staunton's Mary Baldwin College, where she managed to bring dancer Martha Graham to campus in 1950, launching a lifelong friendship. In 1951 the young artist transferred to the Richmond Professional Institute, now Virginia Commonwealth University, to fully immerse herself in the arts. "At Mary Baldwin, we'd worked from plaster casts. At RPI, we had live models," she recalls. "I had to take a course in anatomy, in etching and lithography, sculpture, jewelry-making and pottery. ... It exposed you to everything."

At RPI, Godwin shook up the status quo for women students. Art students could wear blue jeans to class, but had to wear skirts to the cafeteria, she says: "That meant you could go to lunch with your shirt, shoes and hands covered in paint as long as you had a skirt on. A couple of times I went with jeans on, and the dean called me in. I explained that if I stayed late at my painting class, sometimes I didn't have enough time to change and eat and change back before my sculpture class. She thought that sounded odd, and a couple of days later all the women got a memo saying we could now wear jeans to the cafeteria. I think that's the best thing I ever did for VCU," she says with a chuckle.

After RPI, Godwin moved to New York to attend the Art Students League and study under the painter Will Barnet. That led to attending the Hans Hofmann School of Fine Arts in Provincetown, Mass., and later Hofmann's New York school, where Godwin's family paid the rent for her railroad flat walk-up in the meatpacking district. There she met most of the major male art figures of the time.

She recalls Jackson Pollock as "a little gruff; he didn't extend himself to be friendly." Mark Rothko was "a somber sort of a guy, but nice." Franz Kline was "very good to me." But Kline was an exception.

"Unless you were a girlfriend or a wife of one of the guys, they weren't receptive to you," Godwin says. "It wasn't an easy time, not a fast track. If you didn't have connections, you weren't going anywhere."

Her path to somewhere began with being asked to exhibit at the Stable Gallery invitational show and the inaugural show of the Betty Parsons Gallery in 1958. "Just to mention her name was a coup," Godwin says. "She was the first woman who started showing women seriously."

As part of the second wave of the New York School, Godwin moved beyond the conventions of abstract expressionism and made it her own. Imagery in her paintings is suggested, rather than spelled out, with a Zen-like approach to space and form. A four-month trip around the world in the 1960s further informed her paintings. Her love of dancing, landscape gardening and Zen philosophy continue to inspire the work she does today.

Richmonders will have the chance of a lifetime to examine Godwin's work with two concurrent shows this fall. VCU's Anderson Gallery will show "Judith Godwin: Early Abstractions," featuring 25 paintings from the artist's critical developmental period in the '50s and '60s. "Gesture: Judith Godwin and Abstract Expressionism" at the Virginia Museum of Fine Arts features 15 works spanning her career and hanging with other abstract artists of the era.

The woman who recalls having her body painted blue by fellow artists for a Mardi Gras party is neither model nor muse. She's a woman and a painter. "It really hasn't been that many years that women have been accepted as good enough," she says. "I'm a free spirit and I don't want to be restricted. If I feel something, I do it. And I keep working at it every day." S

"Judith Godwin: Early Abstractions" opens at the Anderson Gallery on Friday, Sept. 7, from 5-7 p.m. "Gesture: Judith Godwin and Abstract Expressionism" opens the same night at the Virginia Museum from 6-8 p.m. "In Conversation: Judith Godwin with VCU Arts Dean Joe Seipel," is Thursday, Sept. 6, at 5:30 p.m., at the Grace Street Theater at 934 W. Grace St. Information at 828-1522, arts.vcu.edu/andersongallery or vmfa.state.va.us.