What to know about the Rodin exhibition coming to VMFA in November. 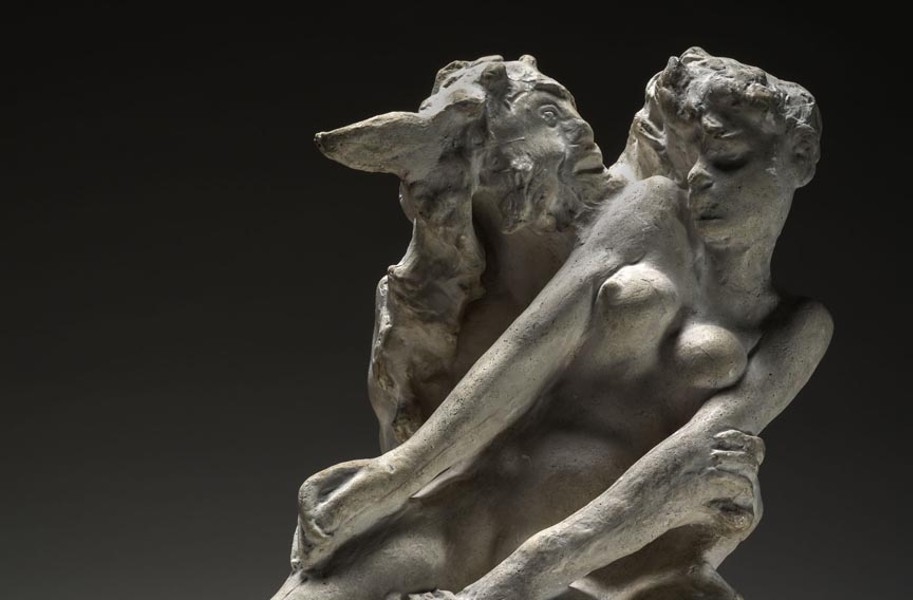 Musée Rodin “The Minotaur” (modeled c. 1885; cast c. 1886) is an oft exhibited work of Rodin’s, which shows his fascination with art of the 18th century. A major exhibit of the genius sculptor’s art runs from Nov. 21 to March 13 at VMFA.

In May 1890 many Americans applauded the installation of a majestic equestrian statue of Robert E. Lee in a field just west of Richmond’s city limits. Parisian sculptor Antonin Mercié had produced a highly conventional bronze likeness of the general sitting stiffly atop a steed, which was set atop a high pedestal.

But the Lee monument was more than a tribute. By commissioning heroic public artworks in the late 19th century, Richmond and dozens of other United States communities — still cultural backwaters compared with Europe — felt compelled to prove that they were capable of embracing the highly revered, neo-classical, Eurocentric artistic aesthetic.

Meanwhile in Paris, sculptor Auguste Rodin was taking a far different — and modern— approach to commissioned portrait statuary. In 1890 he rattled the art world when he depicted the esteemed novelist Victor Hugo as aged, nude and seated on a rock surrounded by allegorical muses. When the usually erudite French scorned the piece as too radical, Rodin was forced to rethink his approach. The second iteration depicted Hugo (still nude) striding ahead of crashing waves while two muses crowned him with laurel. Although neither project was completed by the time the artist died, Rodin (1840-1917) continually pushed accepted boundaries and is considered the greatest sculptor of the 19th century.

Beginning Nov. 21, museum goers can immerse themselves in the process of how Rodin worked when the Virginia Museum of Fine Arts opens “Rodin: Evolution of a Genius.” Some 200 objects — including bronzes, marble figures, plaster casts and archival photographs from the Musée Rodin in Paris — comprise the exhibition, which was developed by the Montreal Museum of Fine Arts.

“This is Rodin’s own collection, things that he himself kept and, when he died, left to the [French] state,” says Mitchell Merling, a museum curator and head of European art. “It will tear away the curtain and show the process behind the scenes. The exhibition is really about his process of working.”

During the 1890s, when Rodin was busy with his Hugo work, as well as creating some equally controversial pieces such as “The Burghers of Calais” and a monument to writer Honore de Balzac, the artist was in his 50s. But a glance back at his early career reveals that little suggested he would challenge ossified formalism and usher public sculpture into the modern age.

In his 20s he entered a monastery where he was given opportunities to sculpt. But after a brief stay he was, shall we say, encouraged to return to the secular world. Soon thereafter he enlisted in the French military during the Franco-Prussian War. When his career was short-lived because of to poor eyesight, he was employed as an assistant in a Belgian sculpture studio.

But things clicked when Rodin was in his mid-30s. After traveling to Italy and coming under the spell of works by Michelangelo, he returned to Paris. There he pushed ahead on what would become his most iconic works, including “The Age of Bronze,” “St. John the Baptist Preaching” and, in 1880, “The Gates of Hell” — a detail of which is the iconic “The Thinker.” By 1884 he was working on the “Burghers of Calais” and the Hugo sculptures.

Critics and academicians continually accused him of casting his figures directly from human figures themselves, but the naturalness he achieved was due in part to the intensity with which he studied, drew and molded live models in motion. He also made extensive use of photography — 20 original photographs are in the exhibition.

“Rodin had naked people walking around his studio at all times,” says Merling, explaining the artist’s obsession with capturing human form and energy. “He was concerned with how the body moved.”

Complementing “Rodin: Evolution of a Genius” at VMFA will be a 2014 video piece, “The Burghers of Vancouver,” by artists Adad Hannah and Denys Arcand. In it, a cast of six contemporary figures including a ski bum, a fraud artist and a poet pose in a tableau recalling “The Burghers of Calais.” It will be presented in the museum’s Focus gallery.

The main exhibition will occupy the entire special exhibitions area and follow closely the installation designed by the Montreal Museum.

“It’s a huge show and will be avant garde and spectacular,” Merling says. “The arrangement involves dramatic axes and points of view. When you come upon ‘The Thinker’ it should take your breath away. It’s a heart-stopping moment.”