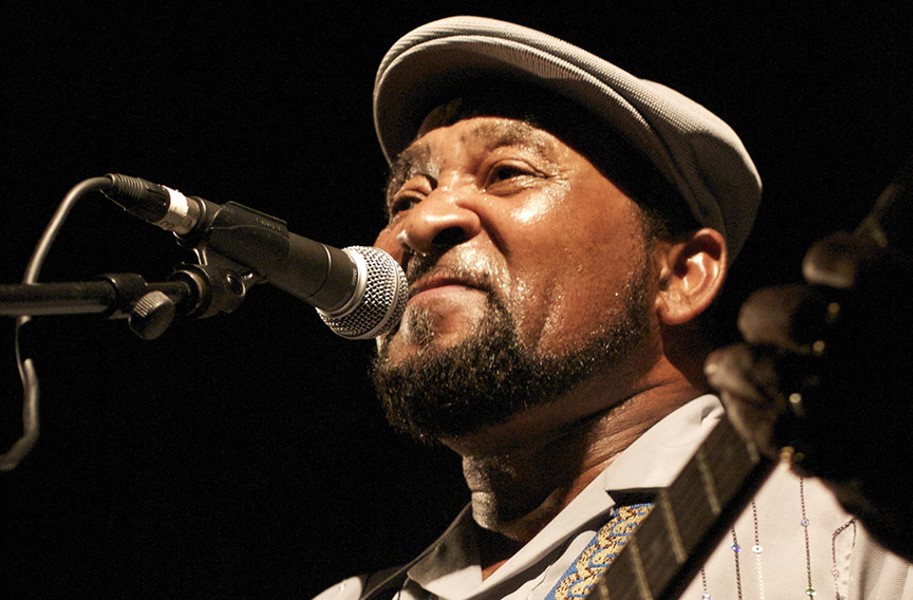 All it took was seeing a gas can and an old guitar neck lying on the ground next to each other for a light bulb to go off in James “Super Chikan” Johnson’s head.

“It looked like a guitar,” he recalls with a laugh about that moment 25 years ago.

So he found a guitar string, lined all the parts up just right and, sure enough, it worked as an instrument. “It resonated, so I put more strings on and started showing it to everyone I knew.”

In addition to being a Mississippi Delta bluesman, Johnson — or Chikan, as he prefers to be called — is also a skilled craftsman, renowned for making his own guitars out of recycled parts like ceiling fans and cigar boxes before painting and decorating them with imagery evocative of the Delta where he grew up.

His instruments immediately found an audience, with his second guitar selling for $1,000 and his third for $2,000. These days, a Super Chikan guitar goes for $2,500, and he’ll be donating one of his handmade one-of-a-kind guitars — one that looks like an eagle in midflight — to the Richmond Folk Fest to auction off to the highest bidder.

“Women are just easier to work with,” Johnson insists, adding that the women in his band are all excellent musicians in their own right. Growing up in Mississippi, he soaked up musical influences from neighbors as well as legendary bluesmen like his uncle, Big Jack Johnson. Years of driving a truck for a living provided time to observe the world and write songs.

“You’ve got to do your own thing,” Johnson says, explaining that he’s an entertainer, not just a musician. “I play the blues but only original songs. It’s poetry, man. You’ve got to make up songs about what you know about, what you’ve lived.”

Johnson’s goal with his music is to keep the Delta blues alive.

“My songs are bouncy and original,” he says of taking the sad parts of life and making them uplifting through his music. “We’ve got enough to worry about right now, so no sense focusing on the bad times.”

No less than Morgan Freeman is a fan and Johnson performs regularly at Freeman’s Ground Zero Blues Club, often displaying his guitars for sale there as well.

What he loves about performing most is that he’s in control and can bring the crowd along with him.

“I’m the pilot and the audience is my passenger,” he chuckles. “I’m Super Chikan and I’m doing my thing. I’m giving them something they can’t get just anywhere.”