Blues Expat Corey Harris Finds a Cause in Fulton 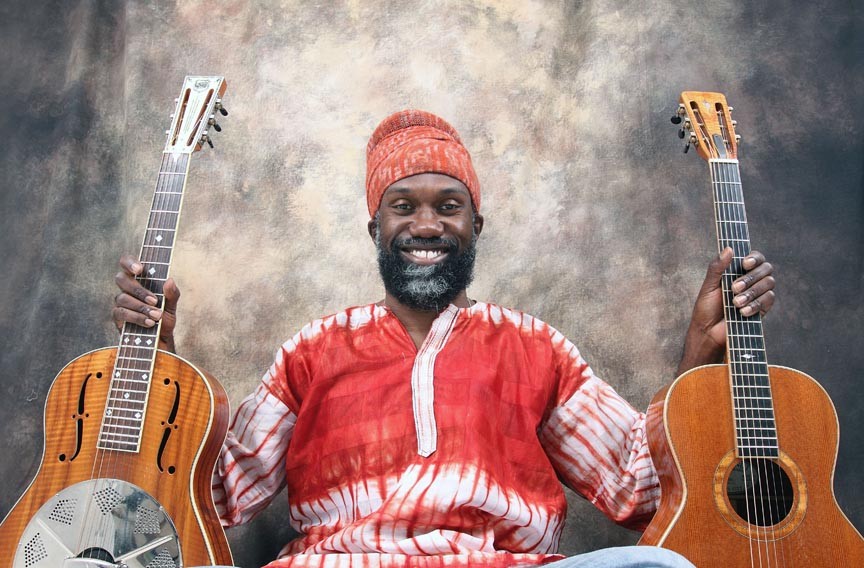 "Well Fulton, Fulton, what done happened to you? Seem like every day people cryin' in the news." — Corey Harris

The grass-roots effort to build Historic Fulton Memorial Park is getting a boost from a renowned musician who lives there.

After being approached by 5th District Councilman Parker Agelasto, whose brother knew Harris in Charlottesville, the singer agreed to perform a benefit concert at the Byrd Theatre on Feb. 11 to raise money for the park, expected to cost $1 million.

The park is being built in honor of the historic East End neighborhood that was unceremoniously razed in the name of urban revitalization in the 1970s.

A Colorado native, Harris says the album was inspired partly by historian Selden Richardson's book, "Built by Blacks." He also heard firsthand stories from displaced "elders who were still around," he says. "Unbeknownst to me, I was tapping into something going on [with the memorial]. I received it like a real blessing."

Harris resides with a Richmond native and local history buff ("my queen" he calls her), whose father ran Fatduck's Grocery in Church Hill, the inspiration for his song, "Fat Duck's Groove." Another song is about Richmond icon Maggie Walker, a black businesswoman who was the country's first female bank president. Harris plans to take the album on tour to Argentina in the next few weeks.

Councilwoman Cynthia Newbille of the 7th District, a supporter who secured $100,000 from the city for the park project design, says she is "elated."

"To have the history told in a way that it will be placed on the world map, it's really an incredible gift," Newbille says. "The memorial park is designed to preserve that very history and in particular, the African-American history there."

The park will feature an amphitheater and statues of Vice Adm. Samuel L. Gravely Jr., a Fulton native and the first black commander of a Navy ship, as well as longtime resident Earl Robinson, one of the original project leaders.
Jason Sawyer, a community organizer for Greater Fulton's Future Initiative, says the benefit was "another opportunity for community members to continue the healing process." The city's housing authority destroyed a close-knit black community, more than 800 houses, in the 1970s.

"The neighborhood really galvanized around the [park] project," Sawyer says. "The actual granite curbing razed in the '70s is proposed to be in the park. It's a good educational moment for a city that doesn't like to recognize the dark chapters in its history." Details about the Feb. 11 concert are online at fultonblues.eventbrite.com.

[note: this story has been corrected to reflect the full name of the park]