Three homicides rock Church Hill, and serve as a painful reminder of a community in flux. 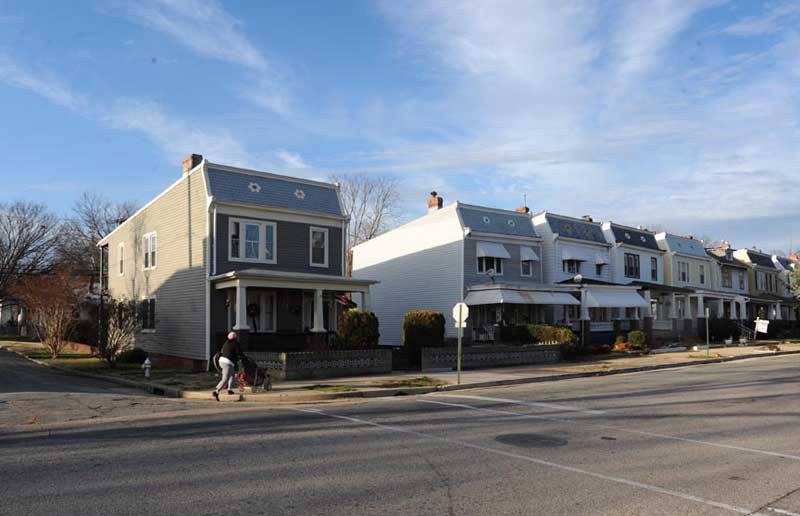 On a frigid Wednesday afternoon, a trio of men huddle in the front yard of a stately home on Chimborazo Boulevard, nodding. It has, they all agree, been a bloody month in Church Hill.

“Something like this happens in the neighborhood, no matter what neighborhood you live in, you ask yourself something,” says DeAndre Wilson, breaking the quiet that seems to have fallen over the block. “It’s not just your own self. You start thinking, Are my kids safe here?”

Around the corner, inside a rented home on North 35th Street, Edward Lee Bowmer Jr. and Robin Sheryl Clapp were discovered shot to death in an apparent robbery attempt, police say. Jamal Clemons, the 27-year-old suspect, was arrested last week and is expected to be indicted for the killings this week. Police say he initially fled in an idling sports utility vehicle outside the home of the victims.

That evening, news reports indicated that, perhaps unbeknownst to Clemons, a 2-year-old-child remained inside the car. And while Christmas Eve faded into Christmas morning, Richmond held its breath during an hours-long search.

Kaiden Burnside, the missing child, was found alone and unharmed in a parked car just a few blocks from the scene. But that sliver of good news came on the heels of another East End murder.

Bonnie Marrow, a 56-year-old Henrico County resident, was found inside her car near 25th and Venable streets in Church Hill, suffering from an apparent gunshot wound. She died after being taken to VCU Medical Center.

Crime in Richmond is down across the board. The citywide murder rate is the lowest it’s been in decades. But with three apparent homicides in as many weeks, there are more questions than answers about the future of what may be Richmond’s most rapidly changing neighborhood.

John Murden, founder of Church Hill People’s News, one of a handful of Church-Hill-centric news blogs, moved to the neighborhood four years ago. He says he’s feels as safe living in Church Hill as he ever has.

Still, news of the homicides was “like a punch to the stomach,” he says. This is the ebb and flow for people who decide to live in neighborhoods in flux: They’re residents first and cheerleaders second, and they know that the perception of their communities can turn with just one homicide, let alone three in less than a month.

“The first reaction is horror,” says the Rev. Ben Campbell, pastoral director of Richmond Hill, the former monastery and Christian retreat located just blocks from the site of the murders. “That’s what happens when you’re truly living in a city rather than reading of it from the outside. The second reaction is to try and make sense of it.”

The Christmas Eve murders were vaguely reminiscent of the New Year’s Day Harvey family murders in 2006. But police say that, unlike the massacre of the Harvey family, the Bowmer and Clapp killings weren’t random acts. Lt. Emmett Williams, acting head of the Richmond Police Department’s Major Crimes Division, says that police were previously concerned that the house was a center for drug activity, and that Clemons, chief suspect in the investigation, was in some capacity known to Bowmer. Police are also investigating whether Clemon’s mother, Robin Mines, was involved. She was seen by police running through an alley with blood on her face, clothes and shoes, according to the Richmond Times-Dispatch.

Information on Bowmer’s background is sketchy. Court records show that he had prior convictions on concealed weapons and forgery charges. Residents of the block say Bowmer was a thoughtful neighbor. Others, however, remember being alarmed by the crowd that seemed to linger at his home, as well as the steady foot traffic in and out of the house.

Police were called to the home several times during the past year. The details will shake out in the next few weeks while the investigation wraps up. For now, his home sits empty, leaving residents to wonder if the murders could have been headed off.

Police often say that for their community policing strategies to work, they require input from engaged residents. But some neighbors say the steady exodus of the neighborhood’s traditionally black residents has left the community fractured.

After years of turnover, Church Hill now is two communities, Campbell says: ”They live in the same location but are thousands of miles apart.”

Benjamin Harris Jr., senior pastor at Church Hill’s St. Stephens Church, says that as rents go up, and more homes are being sold, “remaining residents in the neighborhood feel isolated.”

The evidence of change is easy to spot. Walking past the row of manor homes along 35th Street, the one noticeable constant is the signs set emphatically in front lawns: “No Trespassing” and “For Sale.” With those breaks, residents don’t unite to address common concerns, Harris says. Bowmer’s home may have been just that.

Whatever the motivation behind the Christmas Eve homicides, they seized Richmond’s attention. It’s because of the scale, Murden says. For lack of street crime, it’s circumstances like these that upend the status quo.

“Something like this is going to happen every year,” he says. “I keep waiting for the year when it doesn’t.” S