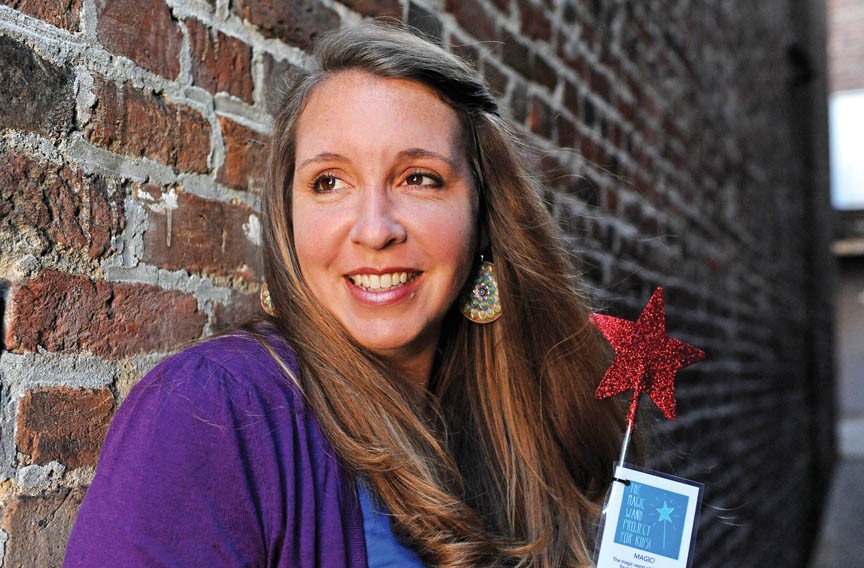 Attention Richmonders: If you see something on the ground that sparkles, pick it up. Unless it's a broken Absolut bottle. Leave that alone.

Patience Salgado, the longtime good-deeds advocate aka Kindness Girl, is launching her Magic Wand Project — sort of a scavenger hunt for a cause. The idea in a nutshell: "Basically, the magic's in us to change things," she says.

During the weekend, Salgado and a crew of helpers hid 200 magic wands around Richmond. She isn't saying where.

Half of them are meant for children to find, scattered across playgrounds and similar places. On these wands are notes inviting kids to perform three acts of kindness, then pass their wand to someone else or hide it for another child to find. Salgado is asking the lucky finders to share their good deeds and their "best magic wand pose" on the Magic Wand Projects for Kids Facebook page.

The other hundred wands are meant for adults. Attached to each wand is a note saying, "The magic wand found you!" It goes on to invite finders to visit Salgado's website KindnessGirl.com to share what they love about the city and ideas for what they'd like to change.

It's a gentle way to encourage Richmonders "to think about how they can do something to love their city better," Salgado says. She hopes that finding wands may inspire people to get involved with a cause they care about, whether it's cycling or green space or street art.

It's really a social experiment, Salgado says, and she's curious to see what happens. "I don't know if they'll do it. I have no idea."