It’s the summer of movie sequels, but a few noted auteurs slip through.

When I was growing up in the 1980s and '90s, the term summer movie referred to the grandiose, often proudly idiotic action spectacles that Hollywood trotted out between May and August. Occasionally, these movies had an almost magical lunacy, like Tim Burton's "Batman Returns" and John Woo's "Face/Off." Even the bad movies, and there were plenty, often had a certain craziness. All these years later, I'm still not sure if I saw "Batman and Robin" or hallucinated it, and the same goes for the so-godawful-it's-nearly-stylish "Con Air."

Today, I look back at this cynical chaos with nostalgia.

These days, summer movies are taken more seriously by studios and have been sort of gentrified. Summer movies are generally better than they used to be — no one's going to let a "Batman and Robin" slip through the pipeline and lose money anymore — but they're also mostly the same. Marvel doesn't only dominate the box office, it's essentially reinvented the blockbuster template, which involves rigorous brand maintenance in the form of fan-boy-flattering Easter eggs, preachy dialogue, and interchangeable action sequences that vanish from the mind the moment they're over.

And the actors, seemingly eyeing the bottom line, restrain themselves and honor the earnest safeness of the productions. Nicolas Cage, once the most arresting and unlikely mascot for the summer movie, has gone underground, where he's done some of his best work, such as "Mom and Dad" and "Mandy."

There's also the fact that summer movies are no longer relegated to summer — they no longer have a sense of traditional exclusivity. Summer movies are now released throughout the year, and Disney has such a stranglehold on popular culture that word of mouth no longer matters. To loosely paraphrase the film critic Pauline Kael, movies now basically inherit their audience via thousands of screens, which require the crowding out of smaller movies, and advertising blitzkriegs that would even make Steven Spielberg blush.

It says something about the evolving nature of the summer movie that cinematic summer already seems over as of this writing, June 4. Barring a true shock to the system, the biggest summer movie has already been released: "Avengers: Endgame," which reportedly rewarded fans for 11 years of loyalty to the Marvel-movie brand with a variety of easily reversible, faux endings. Fan boys celebrated the film's eclipsing of James Cameron's "Titanic" at the box office, un-ironically championing a corporate brand's trumping of a flawed but legitimately singular vision of an actual filmmaker.

Yet term summer movie still has a primal pull. Like beach read, the phrase promises uncomplicated pleasure — a return, for a Gen Xer or a millennial at least, to a childhood home. I didn't see "Avengers: Endgame" out of indifference to the series, and I probably won't see "Spider-man: Far from Home" in July for the same reason, but I still have reasons to dodge the heat.

This summer follows the usual blockbuster recipe: There are lots of sequels and remakes, some of which feel promisingly random. In addition to "Avengers: Endgame" and "Spider-man: Far from Home," there's "Men in Black: International," which reboots the eccentric series with a superb cast that includes Tessa Thompson, Chris Hemsworth, Rebecca Ferguson, Liam Neeson and Emma Thompson. There's also a new "Shaft" in June, which brings Samuel L. Jackson, of the last film in the series, together with the legendary Richard Roundtree and a new recruit, Jessie T. Usher. Regina Hall and Isaach De Bankolé round out the cast, while Tim Story directs. Meanwhile, the ever-shifting, generations-spanning X-Men series is updated this June with "Dark Phoenix," which tackles a famous comic-book story that was last adapted, and severely mangled, by Brett Ratner in "X-Men: the Last Stand."

Other sequels include "Toy Story 4" in June and a bizarre-sounding "Fast and Furious" spin-off, "Hobbs and Shaw," in August, in which Dwayne Johnson and Jason Statham nonsensically team up to battle a partial robot played by Idris Elba. In July, Jon Faverau's photorealistic, dull-looking remake of "The Lion King" is predestined to be Disney's biggest hit since, well, "Toy Story 4."

The three films that I most eagerly anticipate this summer allow minted auteurs and a rising voice to respectively riff on old themes. Though it was panned last month at the Cannes Film Festival, I still look forward to seeing Jim Jarmusch's zombie movie, "The Dead Don't Die," in a few weeks, in which Bill Murray and Adam Driver battle ghouls while trading absurdist bons mots. And though I thought Ari Aster's "Hereditary" was overrated, his forthcoming "Wicker Man" homage, "Midsommar" admittedly looks quite creepy. 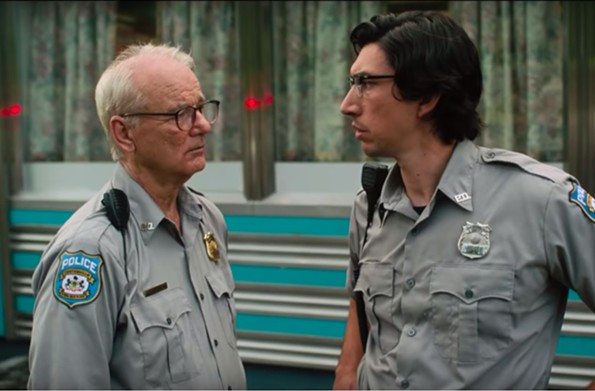 I am most impatient, however, to see Quentin Tarantino's "Once Upon a Time … In Hollywood" in July, in which the filmmaker wrestles with the dark underbelly of late 1960s Hollywood, as represented by a fever dream of the Charles Manson murders. Tarantino is one of the few filmmakers working on the mainstream stage who's still allowed to be his wild and woolly self. He might enable the summer movie to break bad again. 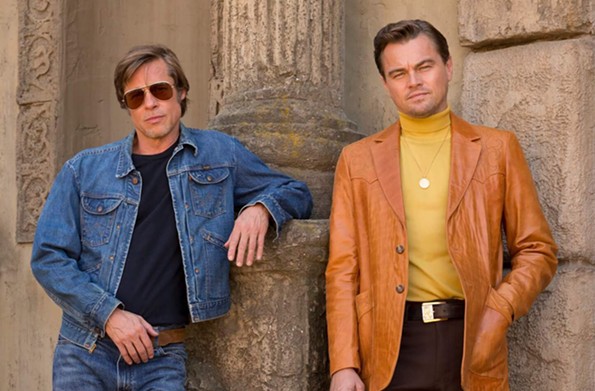 [Editor's note:] Local filmmaker Rick Alverson told Style that he is trying to solidify a summer Richmond date for the premiere of his new film, "The Mountain," starring Jeff Goldblum as a lobotomist traveling cross-country in the 1950s with an assistant played by Tye Sheridan. Already receiving critical raves for its dark and hypnotic beauty, it screened as part of the main competition at the 75th Venice Film Festival and was picked up by Kino Lorber.