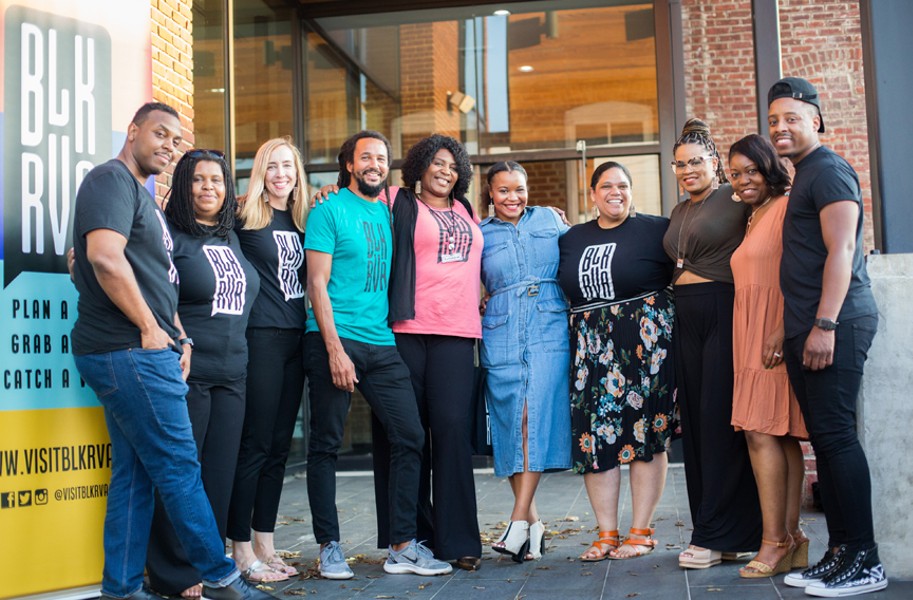 A couple years ago, Richmond Region Tourism realized it could be doing more in terms of showcasing local black-owned businesses just by leveraging existing contacts. So it began reaching out to communities. A link with the 400th anniversary of the arrival of Africans in Virginia in 1619 also presented a new opportunity.

From those discussions emerged the concept of BLK RVA, a collaborative effort between Richmond Region Tourism and the Black Experience Initiative, an advisory board of about 30 people focused on promoting black culture and entrepreneurship.

The tourism campaign centers the black experience in Richmond and will look to spread its cultural and business footprint outside the city.

It’s a homegrown concept for destination marketing that has grass-roots support and has been popular on social media.

“It’s kind of an obvious innovation,” says the advisory board’s chairwoman, Enjoli Moon. “It gives people an opportunity to easily plug into a demographic and experience a huge part of what makes Richmond what it is across the region.”

Moon says that BLK RVA already pulls businesses off the database of Richmond Region Tourism with the tag “African-American heritage.” But it’s continuing to reach out to black businesses to make sure they know about the new resource.

“This is a tourism effort, so it’s heavily about the website, social media presence, but also where we show up,” Moon says, adding they were at the Down Home Family Reunion [in Abner Clay Park] recently. “We’ll also be going out of town. … It’s designed to bring people from out of town here. So when people go visit D.C., Baltimore, Philly, you’ll see advertising about Richmond in those spaces.”

“I think the key is it’s been community driven,” says Katherine O’Donnell, executive vice president of Richmond Region Tourism. “We really wanted to figure out how to better elevate these businesses, leveraging what we have and gathering the community to come together in a way that shines a spotlight and is authentic.”

The tourism group created a budget amendment last year and allocated some of its marketing budget moving forward to BLK RVA, which will also apply for additional grants.

Back to The Innovation Issue