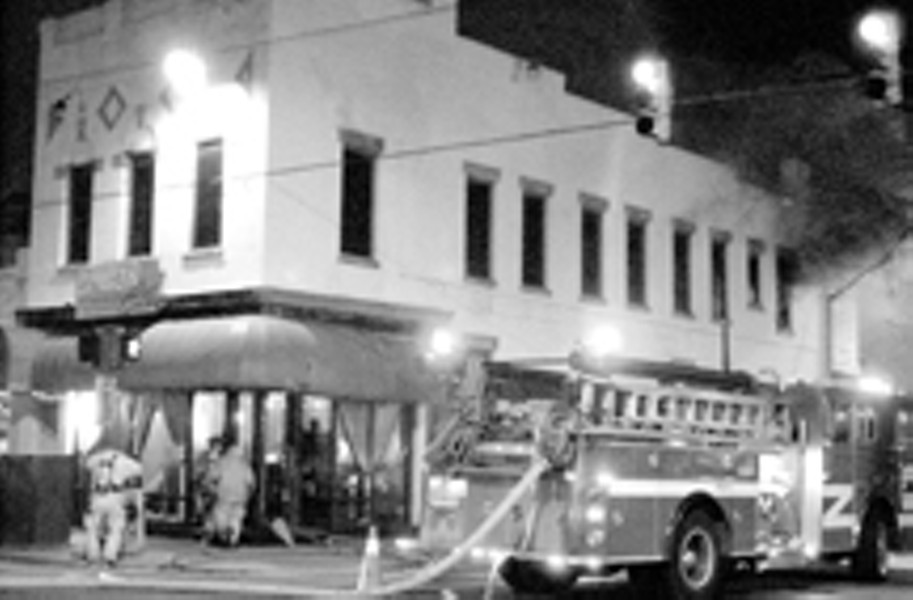 Investigators still are trying to determine what caused the fire that began in the women’s upstairs restroom and quickly spread throughout the building.

“Everything’s gone,” Wilkins says of the popular nightspot that now is a shell. Wilkins, who runs the front of the restaurant, had gone home for a break after what she says was one of the restaurant’s busiest nights when she got a call about the fire. “The flames were so out of control,” she recalls. “The windows were blown out.”

No word yet, she says, on the cost of the damage. But with everything gutted, it’s expected to be staggering. Mosaic mirrors by Anastasia Konstant hanging upstairs were destroyed. Marnie Wolfford’s collages on the first floor were largely unharmed.

Nevertheless, Southern Culture will reopen. “We’d like to get the downstairs dining room open as soon as possible,” Wilkins says. The area suffered much smoke and water damage. If progress is swift, the restaurant’s downstairs could reopen in as little as three weeks. But rebuilding the restaurant to its former self will take considerably longer — at least three to four months, Wilkins predicts.

A handful of customers were at the bar, and a few were sprinkled throughout the restaurant when people smelled smoke. Trash cans were checked for still-burning cigarettes. Then a customer went upstairs and returned immediately to report that smoke was everywhere.

The blaze comes just four weeks before Wilkins and Tsamouras planned to tie the knot. Wilkins says that despite the setback the couple’s wedding plans won’t change. She’s resolute, too, about Southern Culture’s future. “We’re not going to let this keep us down,” she says. “We’ll be back — bigger and better than before.” — Brandon Walters