Black on Both Sides

A fictional "Meeting" between Malcolm X and Martin Luther King Jr. comes to the Valentine. 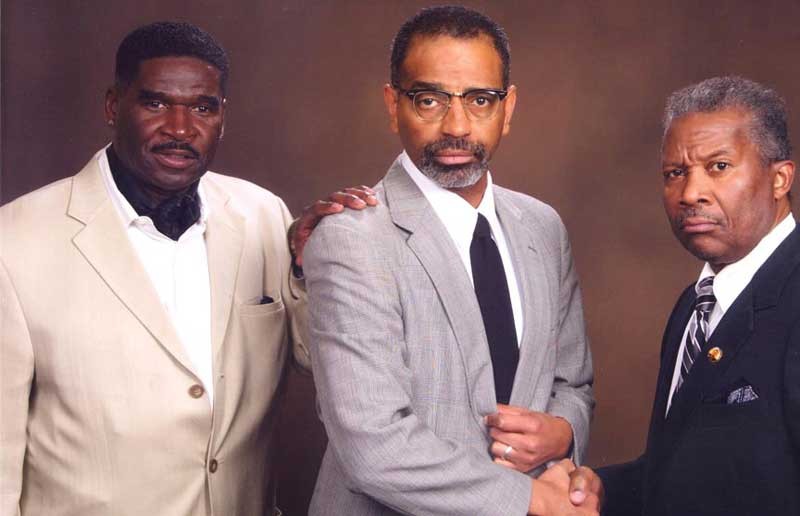 After exiting a news conference in March 1964, Martin Luther King Jr. was approached by a tall man in brow-line glasses. The two men greeted each other, shaking hands while reporters snapped photos. The tall man was Malcolm X, and this minute-long meeting was the only time they encountered each other.

The two defining figures of the civil rights struggle disagreed on much. Malcolm X once called King an Uncle Tom and derided what he called the minister's "farce on Washington."

In 1987, playwright Jeff Stetson penned "The Meeting," which imagines what would have happened if King and Malcolm X had sat down for a real conversation about the issues of their day. On King's birthday, Jan. 15, the Valentine Richmond History Center will serve as host to a production of the one-act play.

"It's about nonviolence as opposed to violence," says Tony Cosby, who will portray King. "Without Malcolm, Martin would have been unable to do what he did. Malcolm gave the country an alternative — either you give Martin what he wants, or you've got to deal with Malcolm."

Cosby has been orating speeches as King for 30 years, and has performed in productions of "The Meeting" for the past five. This performance will costar Toney Cobb as Malcolm X and Ted Moody as Malcolm's bodyguard. In addition to being performed on King's birthday, Cosby maintains that this performance will have a special significance because of the recent unveiling of the Martin Luther King Jr. Memorial in Washington

"He's done this project for a number of years, and we hope that it will be an annual event at the Valentine," says Bill Martin, the museum's director. It will open its doors free on the preacher's birthday, and at 2 p.m. Cosby will give King's "I Have a Dream" and "Memphis" speeches on the Valentine's patio.

Following the speeches will be two performances of the play in a room that seats roughly 100 people. "I think King and Malcolm realized that they needed each other," Cosby says. "This play is a way to educate the public to both sides of the coin." S

"The Meeting" will take place at the Valentine Richmond History Center on Jan. 15 at 2:30 p.m. and 4 p.m. Valentine admission is free for the day but performance tickets cost $15. For information, call 218-6970.