Black Lives Matter Co-Founders to Speak at VCU and UR

Both women are credited with sparking a wave of activism on social media. 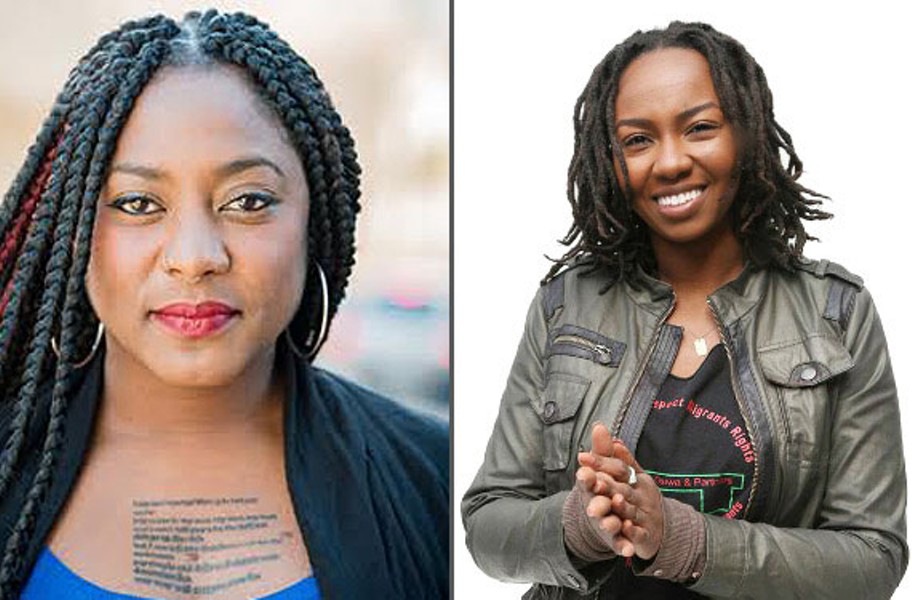 Alicia Garza (left) and Opal Tometi (right) will be speaking at Richmond colleges this month.

Two of three women credited with giving birth to the Black Lives Matter movement are scheduled to speak at two local universities this month, barely a week apart.

Co-founders and social activists Alicia Garza and Opal Tometi, along with Patrisse Cullors, initiated the hashtag #blacklivesmatter following the death of Trayvon Martin. From roots that sprouted on social media, the movement has grown into a civil rights movement of some Millennials.

Garza, an activist who specializes in connecting individuals with growing social movements, will give a free lecture at the University of Richmond on Tuesday, March 22, at 4 p.m. in Tyler Haynes Commons.

Opal Tometi, who founded the Black Alliance for Just Immigration, a national organization that focuses on immigrant rights and racial justice, will speak at Virginia Commonwealth University's Siegel Center on Thursday, March 31, at 7 p.m.

Garza was invited to UR by members of the school’s political science department.

“We invited Garza to speak at Richmond because Dr. Jan French and I are teaching a course this semester on human rights politics in the U.S.,” says Jennifer Erkulwater, associate professor of political science. “While she is an advocate for racial justice, Garza also situates race within a demand for basic human rights, including fair wages and a social safety net.