February events and activities to celebrate Black history and achievement. 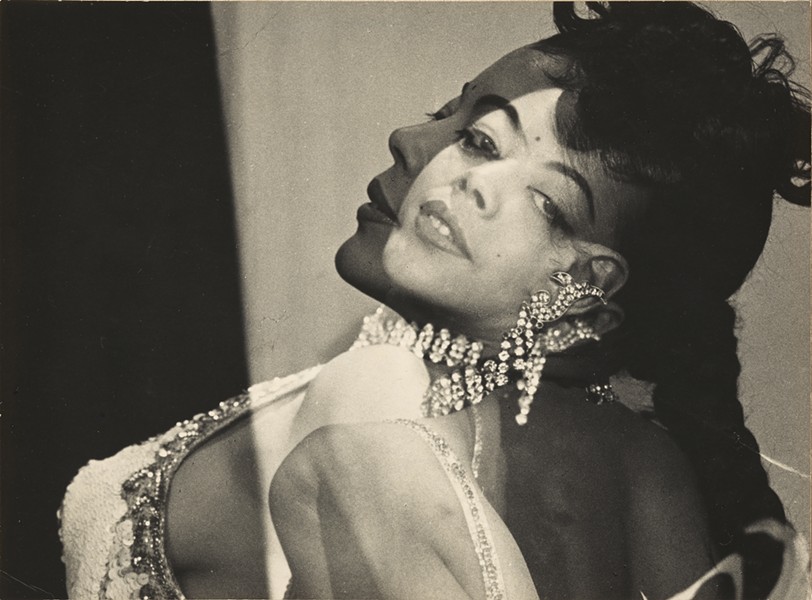 The decision to designate February wasn’t random. Woodson chose it because both Abraham Lincoln and social reformer Frederick Douglass were born in February, and both played significant roles in helping end slavery.

If any of this is news to you, that’s precisely the point. The month-long designation offers myriad opportunities to learn about Black history – beyond slavery and racism – and to celebrate their achievements as part of American history.

To that end, here are some activities and events worth checking out:

In conjunction with the VMFA’s exhibit “Man Ray: The Paris Years,” the museum presents a talk, “Introducing Ruby Richards” on Thursday, Feb. 3 at 6:30 p.m. The Black dancer and singer Richards moved to Paris to replace the renowned Josephine Baker as the star attraction at the Folies Bergère. The famous cabaret music hall commissioned artist Man Ray to help introduce Richards to French audiences through his innovative photographic portraits. The talk explores the artistic collaboration between Richards and Man Ray, which continued after World War II when she was an international star. Free, registration required. vmfa.museum

For those looking to research Black roots, the Library of Virginia is offering a virtual panel discussion on “Virginia Untold: The African American Narrative,” a digital project that provides access to records of enslaved and free Black people in the Library of Virginia's collections. Project manager Lydia Neuroth will introduce the project, describe the scope and moderate a 45-minute discussion between genealogists, researchers, and scholars on how they’ve used the platform to enhance their work. A Q&A session follows to allow audience members to ask questions and offer their own feedback. It takes place on Wednesday, Feb. 9 at 7 p.m. Free, registration required. lva.virginia.gov

While we tend to think our current partisan situation is unique, the same mistrust of information from the other side occurred just after the Civil War. That toxic partisan climate caused information on racial violence to become politicized, with eyewitness and newspaper accounts dismissed by opponents as fictions created to mask a political agenda. Military officers led by Ulysses S. Grant helmed an effort by the Freedmen’s Bureau to document that Blacks were granted little justice for atrocities committed against them. In doing so, they leaked information to Congress that embarrassed the president, as concern for civil rights overrode constitutional norms. The resulting Record of Murders and Outrages exposed the rise of the Klan, helped justify military occupation of the South, and shined a light on voter suppression through terrorism that otherwise would have gone unreported. On Thursday, Feb. 10 at noon, the Virginia Museum of History and Culture presents William Blair discussing his book, “The Record of Murders and Outrages: Racial Violence and the Fight over Truth at the Dawn of Reconstruction.” The talk takes place in person and online on the museum’s Facebook page. Registration required for in-person attendance. virginiahistory.org

Also happening at the Virginia Museum of History and Culture, Brian Daugherity and Alyce Miller will analyze community efforts to increase educational access and opportunity for Blacks in Goochland County in the early 20th century, using archival records and oral history interviews. Their research demonstrates the power and agency of rural Black southern communities during the Jim Crow era, which helps expand our understanding of Black activism during that time, as well as how this period was linked to subsequent civil rights achievements. The lecture on Wednesday, Feb. 24 at 6 p.m. will be offered in person and online, with registration required for both. virginiahistory.org

You can also experience what it was like to work at Maymont during the Gilded Age and Jim Crow eras as historical interpreters deliver monologues based on the oral histories of the domestic staff. After hearing their stories, take a virtual tour with a historical educator to explore the Maymont Mansion and grounds from the perspective of Blacks in service there a century ago. The program on Thursday, Feb. 25 at 10 a.m. will be offered in person and streamed online in real-time for discussion. Registration is required by Feb. 24. maymont.org

If you’ve never visited Richmond’s Black History Museum and Cultural Center of Virginia, there’s no better time than February. Schedule a guided tour with friends and family at the Black History Museum and have your tour customized to focus on specific areas of interest. Docents will guide your tour as they share enlightening accounts of emancipation, Reconstruction, Jim Crow, desegregation, massive resistance, and civil rights. Expect to hear colorful narratives throughout the guided tours as a way to make the experience both engaging and memorable. Guests are encouraged to ask questions and share personal stories. The museum is open Wednesdays through Saturdays 10 a.m. to 5 p.m. Advance reservations can be made by contacting mclauderdale@blackhistorymuseum.org. blackhistorymuseum.org