Yes, tea party members, you are enjoying Wi-Fi and the wisdom of Ken Cuccinelli in a huge, $350 million tax burden that hasn't lived up to its promises. 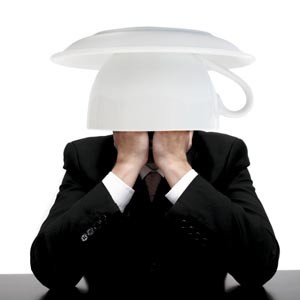 You have made an excellent choice to choose Richmond as the host site for your political gathering. Our town is known for its rich history and unparalleled Southern hospitality. Many of our distinctive restaurants have been featured on national food shows, and our arts and music scene has quite the reputation. You'll dig it.

But most of all I hope that you'll enjoy all of our fine taxpayer-funded amenities. I haven't had time to read all of the literature on what the tea party really is, but from what I can gather its members are strongly against high taxes and the excessive spending of hard-earned taxpayer dollars.

If that's true, I wonder if you know where you are.

I hate to break it to you, but the downtown convention center where you comfortably sit — listening to a round-table discussion about government being the problem and not the solution — was built for $170 million, funded by an unwanted tax increase on the region's hotel operators. And that doesn't include the $66.7 million the city spent to pretty up East Broad Street after the center was built, fixing up the sidewalks, tearing down a retail shopping center and other improvements. These improvements apparently didn't include making the place friendly to foot traffic, virtually inviting all out-of-town visitors to stay inside and not venture out. (Did I mention that tourism is a big deal to us?)

The facility eventually will cost taxpayers — the region's hotel operators — about $350 million. The Broad Street improvements will cost $176 million.

Perhaps some of you are staying in the Miller & Rhoads hotel across the street. The $110 million hotel is slated to receive $44.8 million in historic tax credits. Please remember: Patriots don't steal towels.

If you should poke your head outside the convention center doors, you'll see our fine new performing arts center, which was built with a complex (and still somewhat secretive) mAclange of city, state and federal funds and historic tax credits. The project raised Richmond's meals tax to one of the highest in the state. The $73.4 million center eventually cost taxpayers $61.3 million.

All told, the convention center and its neighboring accessories will cost taxpayers more than $600 million once all the loans are paid off. And that doesn't include the city's annual $500,000-a-year subsidy for the arts complex and $2 million subsidy to cover operating shortfalls at the convention center.

The city will get little in return — zero dollars — for the $600 million in taxpayer gift money. It's all so we can bring people just like you, tea party members, to our fair city. You'll no doubt run into a civic booster this weekend who'll tell you that the center is generating lots of economic spinoff — people staying in hotels and eating in restaurants, for example. But the hotels around the area continue to have high vacancy rates. And do you see any economic development? How many restaurants are open and within walking distance of where you are?

Naturally, being conservatives, you'll reflexively want to put the blame for all this squarely on the shoulders of a free-spending liberal city government. Well, not this time. The expansion of the convention center was hatched by the regional business community; it pushed its friends on City Council and in the General Assembly, not to mention the boards of supervisors in Chesterfield and Henrico counties, to pass the cost of the convention center on to taxpayers. Many of them are supporters and donors of some of the very same tax-hating avatars who will appear on the tea party stage this weekend. It's a small world, isn't it?

You don't have to go far to thank some of the leaders who are directly responsible for this downtown tax splurge. Some of them, disguised as tea-spilling fiscal conservatives, will speak before you. Take, for instance, featured guest George Allen, Virginia's former governor and U.S. senator, who attempted to put a federal earmark of $300,000 in a Senate spending bill for the performing arts center — at a time when the center's use of public funds was being questioned.

And let's not forget inexplicable tea party guest L. Douglas Wilder, the former governor and Richmond mayor who can be credited with coming up with a $500,000-a-year operating stipend that Richmond must give to the arts center into perpetuity.

Perhaps this visit to Richmond will open some eyes that the tea party rhetoric about taxes has a huge blind side. Most of the tea party material I've read talks about privatizing the Veteran's Administration, ending Social Security, stopping what it calls Obamacare and shutting down the federal government. I see very little about cities and urban areas at all. Do we not exist, except at convention time?

I suppose, like Las Vegas, what happens in Richmond stays in Richmond — it's OK to enjoy the benefits of taxpayer excess if someone else's taxes are in play and you're on vacation. Tourism's a big deal to us, so we understand. But admit it, tea party tourists: Richmond's amenities would be the perfect thing for you to rail against if you weren't so busy enjoying them. S

Don Harrison is the arts and culture editor for Style Weekly.