Kicking off this year's Friday Cheers, red-hot country duo Shovels and Rope keep it real from a Winnebago. 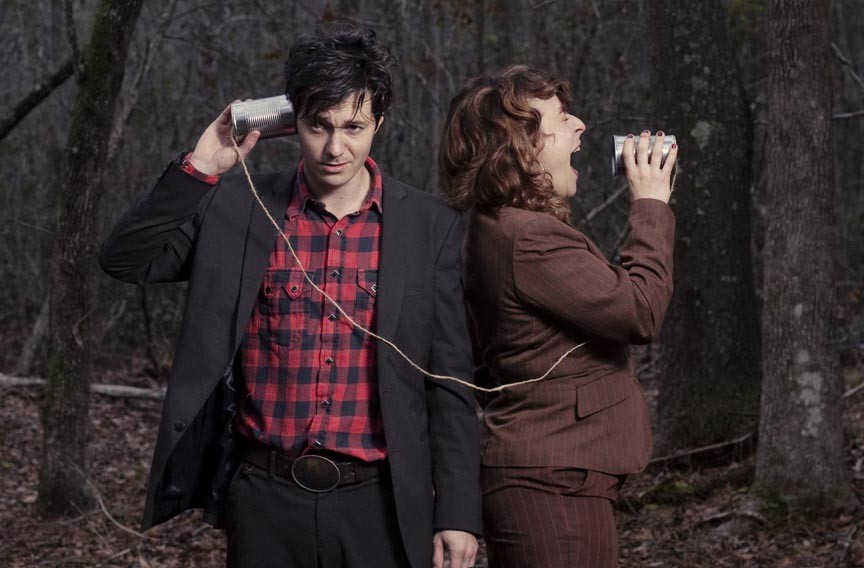 Cary Ann Hearst and Michael Trent, the husband-and-wife country duo known as Shovels and Rope, are discovering how weird fame can be. Just days after a fierce set at Coachella, the Web was abuzz. Not about the jaw-dropping power of two guitars and a raggedy ol' drum kit, but about Hearst's culinary skills.

"It's weird," she says by phone, en route east to Denver. "I was in Coachella with a house full of friends and my husband having a good time. Then I burned the ever-loving shit out of some biscuits." Laughing about the incident, she says the aftermath was epic fallout: "There were hundreds of comments because it looked like Michael had posted it and was dissing me. I had to go clarify that post. Michael is actually quite content with my cooking."

The now-infamous biscuit incident might involve the most unfavorable words you can dig up about Shovels and Rope. While the Charleston, S.C., couple has been making music for years both as solo artists and together, the release of their debut, "O' Be Joyful," has garnered a boatload of critical praise and attention.

"Recently, there's been this tipping point and I think it's a culmination of things that we've been working on for years," Trent says. "We even played Letterman."

Equal parts raucous honky-tonk, sauntering blues, and throwback rock 'n' roll, the album embraces all facets of Americana music. It would be easy to call Hearst and Trent this generation's June and Johnny Cash, but that would be far too simple. These folks cite the Violent Femmes and Tom Waits as influences, dig books by Cormac McCarthy and are big fans of Trombone Shorty. Their songs walk the line between lighthearted and macabre, showing off some of the finest songwriting to surface in the last decade and a sense of humor as dark as low-country mud.

"I'm always desperately seeking an approach to songwriting," Hearst says. "Grasping at shadows in the dark a lot of times," she says.

Anyone who's familiar with her solo work would say she's just being humble. Friend and fellow songwriter Jonny Fritz called her the best of a generation in a recent interview with Style Weekly. Hearst notes that her better half is the disciplined one who makes time to write on the road. "The end result is a little more prolific than I am. I wish I knew his secret," she says.

"Quit burning the biscuits and maybe I'll tell you," he says.

It's that type of dynamic that folks love about the band. Everything Shovels and Rope does is authentic. There's nothing done ironically for the sake of country cool. "People can tell if you are faking it," Trent says.

With their beloved hound dog Townes Van Zandt in tow, the duo is hitting the road for what looks to be a nonstop summer including shows with Dawes and a handful of festivals like Newport Folk Festival and Lollapalooza — and kicking off the Friday Cheers season May 3.

In typical Shovels and Rope fashion, the summer will be a real-deal, no-frills affair. "We're still in an RV sleeping in parking lots, Trent says.

"We call it a tour bus to make ourselves feel better, Hearst adds. "It's not bad. We get thumbs up on the road from the blue hairs. They're impressed with this Winnebago." S

Shovels and Rope and Hayes Carll play Friday Cheers on Brown's Island on Friday, May 3, at 6:30 p.m. Tickets are $5. venturerichmond.com.