Birth of a Festival

"Defining Moments" explores our beginnings through performance, film and workshops. 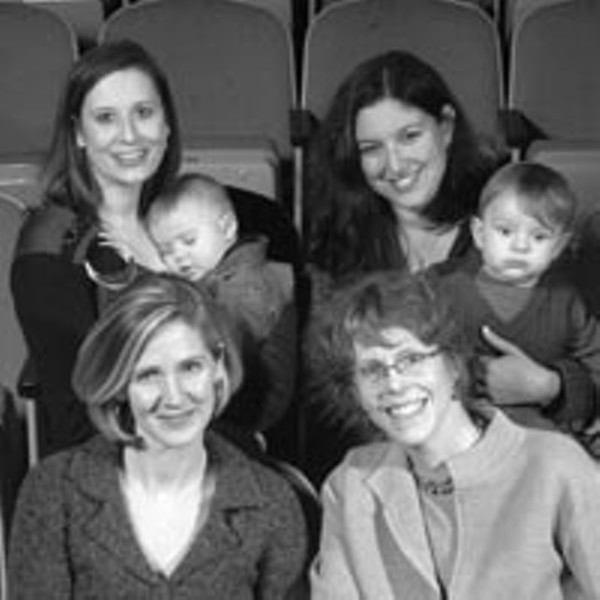 The festival — organized by the fledgling Birth Arts Council (BAC) and presented by the Firehouse Theatre Project — will not only consist of portrayals and celebrations of birth, it will go a step further, exploring the metaphorical aspects of bringing forth new life.

"We use the language of birth all the time to talk about creative processes," says Leslie Lytle, a prenatal yoga instructor and one of the founding members of BAC. "A project is said to be 'gestating,' an idea can be 'incubating.' There are a lot of parallels between the physical act of labor and the creative process an artist goes through. One of the things we wanted to do was consciously look at those parallels."

The festival will offer a wide range of events, including a discussion of spirituality in birth, a presentation on the portrayal of pregnancy in popular films, an original piece choreographed by former Virginia Commonwealth University dance instructor Victoria Fink, and a film that explores the tradition of African-American midwives.

And if you think this is just a "chick" event, you're wrong. "Two of the films that will be featured were made by men," Lytle says, "and provide a definite male perspective."

"We wanted to appeal to as wide an audience as possible," Lytle continues. So even if you're just starting to think about the possibility of a pregnancy in your future, the festival has a workshop for you. "The Welcoming Womb," led by creative arts therapist Annie Ready Coffey, will help those looking to conceive envision a warm "nest" for their babies and find creative ways to celebrate "the path to conception."

"A lot of women are older now when they first consider pregnancy, and they are nervous ahead of time," Coffey says. "Through art, I try to give them a way to tap into their own strength, to calm themselves from the inside out."

The centerpiece of "Defining Moments" is "Birth," a play that intermingles the stories of seven principal characters as they travel the sometimes bumpy road from conception to childbirth. Playwright Karen Brody interviewed more than 100 women in the winter and spring of 2004 to get a comprehensive picture of how birth happens in America today. The play presents a gamut of experiences, from the athletic stay-at-home mom Amanda who is convinced that her mantra — "My Body Rocks" — will give her the strength to make it through a birth without medication, to Rachel, the young department- store buyer who never doubts that she wants an epidural.

The desire to bring the play to Richmond was first explored by Lytle's friend, childbirth educator and labor assistant Hallie Lacy. The two called an initial meeting in July to bring together others who they thought would be interested in the effort. Almost immediately, they hatched a plan to expand the presentation of the play into a more involved event, and the Birth Arts Council was born.

"The ideas people brought to the table at that first meeting were so profound, they brought tears to our eyes," Lytle says. "We immediately had enough to keep us busy for several years."

BAC will evaluate the success of the festival after it concludes with the hope of making it an annual or biannual event. "As full as the agenda is," Lytle says, "there are so many topics that we couldn't cover — adoption, problems with fertility and other ideas for the future."

Regardless of what the future holds, Lytle says she will feel satisfied if the festival makes people pay more attention to the birth experience. "It is the way we enter the world," she says. "It's something that requires thoughtfulness and care and respect. If we attend to the way we bring people into the world, if we attend to our beginnings, maybe the way the life force follows after that may go a little bit smoother." S

The "Defining Moments" festival kicks off Thursday, Jan. 12, with a reception and performance of "Birth" at 8 p.m. at the Firehouse Theatre, 1609 W. Broad St. "Birth" continues through Sunday, Jan. 22. Workshops will be held Saturday, Jan. 14, at the William Byrd Community House, 224 S. Cherry St. Details available at www.firehousetheatre.org or 355-2001. Tickets are $15 for the play or $25 for the entire event.