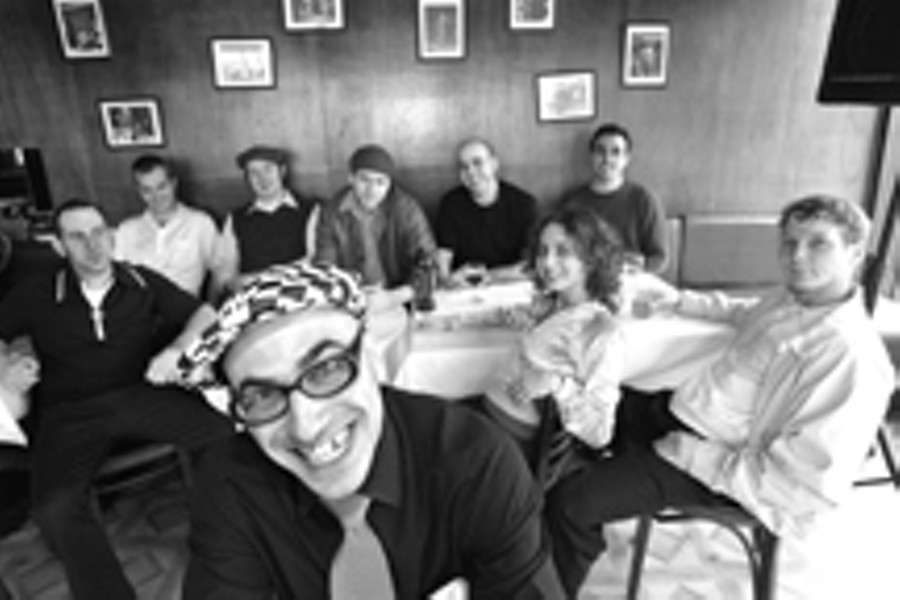 The group formed in 1991 as a percussion ensemble to accompany IMAX movies at the Science Museum of Virginia. “The first two years were experimental,” lead singer Rei Alvarez says. “We loved the salsa sound, but we didn’t know how to play.”

Lack of knowledge was more blessing than curse, according to percussionist Guistino (Justin) Riccio. “We share a common aesthetic and brought anything in that appealed to our taste. We got a much better understanding when we stepped back and started to realized all the things that influenced salsa.”

Definitively multicultural music, salsa was brewed in ’70s Puerto Rican New York from Afro-Cuban roots, rock attitude and R&B soul. While adhering to the traditional forms, the band’s current working approach is a departure from the norm. “Most bands have a leader, who chooses the material and writes the charts,” Riccio says. “Everybody else is a hired hand.” Bio Ritmo was that kind of group for years, with singer Rene Herrera at the helm.

The hierarchy dissolved when Alvarez, a founding member, returned from New York and took over lead vocals. The fresh approach revitalized the band. “Now we’re more like a garage rock band,” Riccio says, “open-minded and collaborative.”

Adding pianist Marlysse Simmons was another positive change. “She shares our taste and humor,” Alvarez says, “and she has the same way of experimenting. She could play with us right away.” In other words, she fit right in with the band’s intuitive, school-of-fish unison shifts and wheels. After 12 years, Bio Ritmo is a band reborn, returning to its roots with a passionate creativity rare in a group that’s been around this long. — Peter McElhinney

See Bio Ritmo live every other Tuesday (alternating with Modern Groove Syndicate) at Emilio’s Tapas Bar. The next show is May 4. The band’s latest, self-titled album was released in March, available at www.bioritmo.com.