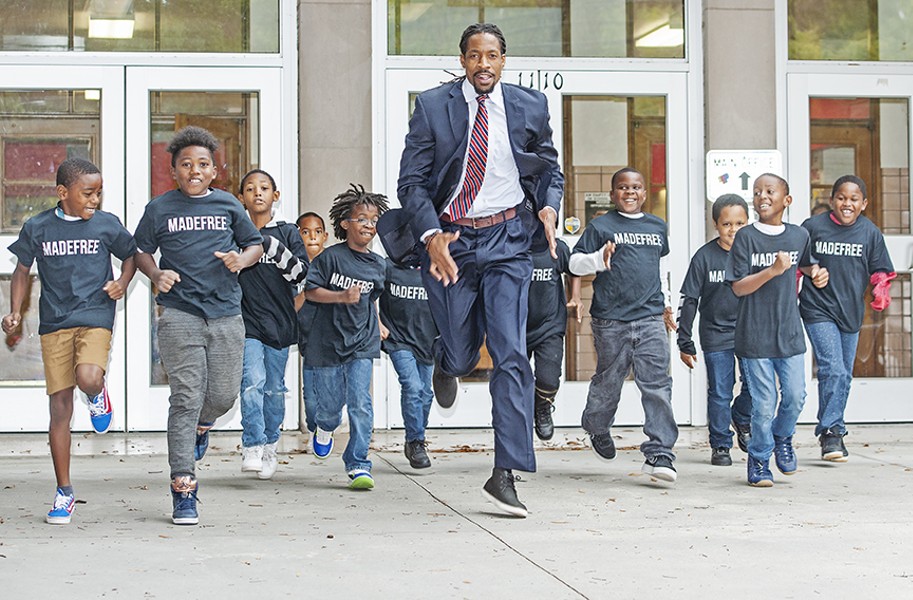 A star player at Henrico High School and University of Virginia, he wound up playing seven years of professional football with the Philadelphia Eagles and making it to the Super Bowl game.

But after his NFL career was over, like a lot of former players, he found it was hard to let go of his on-field identity, he says.

“I didn’t know who I was or what I had to offer. I went through this awakening that identity allows you to re-create yourself,” he says. “You’re not chained to who you used to be.”

He started coaching, speaking and teaching young kids that they’re free to re-create their lives. Recently, he launched the Billy Mac Foundation, focused on assisting kids with self-awareness and letting them know they’re not bound by their surroundings. Right now, the focus is on his old school, Carver Elementary.

Every Monday he goes and sits with the kids there. “I think you need to be in their environment and really sit with them,” he says. “One of the biggest things I’ve learned is you can’t talk at the kids. You have to show them your vulnerability.”

McMullen gives credit to his hard-working father, Billy McMullen Sr., who rose out of Gilpin Court and his uncles, Wayne and Alex Motley, as mentors who helped him achieve a high level of success — as well as his coach Clarence Hawkins at Henrico.