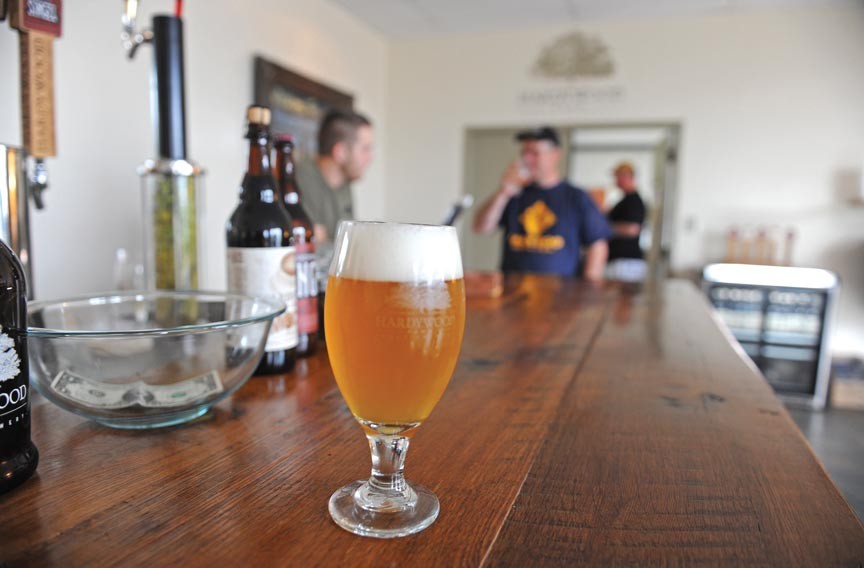 Little-noticed legislation that's about to hit the governor's desk means something big for Virginia breweries.

The bill would allow craft brewers to sell beer for consumption on-site — without having to sell food, which the state requires of restaurants.

Does this mean that Virginia finally could get — gasp — bars?

Technically the state has no drinking-only bars. The Virginia Department of Alcoholic Beverage Control places a food-sales requirement on its licensees: Restaurants must sell a minimum of $2,000 in food every month. Virginia wineries also may sell glasses for drinking on-premise.

Breweries won't turn into bars, says Eric McKay, president and co-founder of Richmond's Hardywood Park Brewery. Hardywood, which occupies a fragrant building near The Diamond, was one of three Virginia craft breweries that pushed to get the bill passed. "We don't want to be a bar," McKay says. "We want to be a tasting room."

There are a few reasons breweries won't turn into bars, McKay says. They're required to be located in industrial zones — not exactly party central. The law also doesn't permit them to sell other breweries' brands, wine or spirits.

And most important, he says, the prohibitive costs of opening a brewery mean it's no shortcut to owning a bar. In Hardywood's case, McKay says, the profits from selling pints on the premises will help to offset the costs of running the fledgling business — such as the $84,000 he recently paid for 560 empty kegs.

There's a huge unmet demand for craft beer in Richmond and Virginia, Hardywood brew master and co-founder Patrick Murtaugh says. The challenge is "the capital to meet the demand."

That's why the ABC board supported the change, Chief Operating Officer Curtis Coleburn says by email. "We don't know how much of an impact the bill will have," he says, noting that breweries have been able to give away samples for years. "Hopefully, it will help support some of these new small businesses financially."

McKay says he thinks the law will give a boost to new makers, such as Richmond's Haxall Brewing Co., Center of the Universe Brewing in Ashland and Midnight Brewing in Goochland County.

The Hardywood co-founders have a few changes planned for the summer, after the bill goes into effect July 1 (the governor has said he supports it): more tables, outdoor events, food trucks and picnics. Closing time probably will be around 7:30 or 8 p.m. They'll be careful to follow all the rules, McKay says: "Especially when we're a quarter-mile from the ABC headquarters."