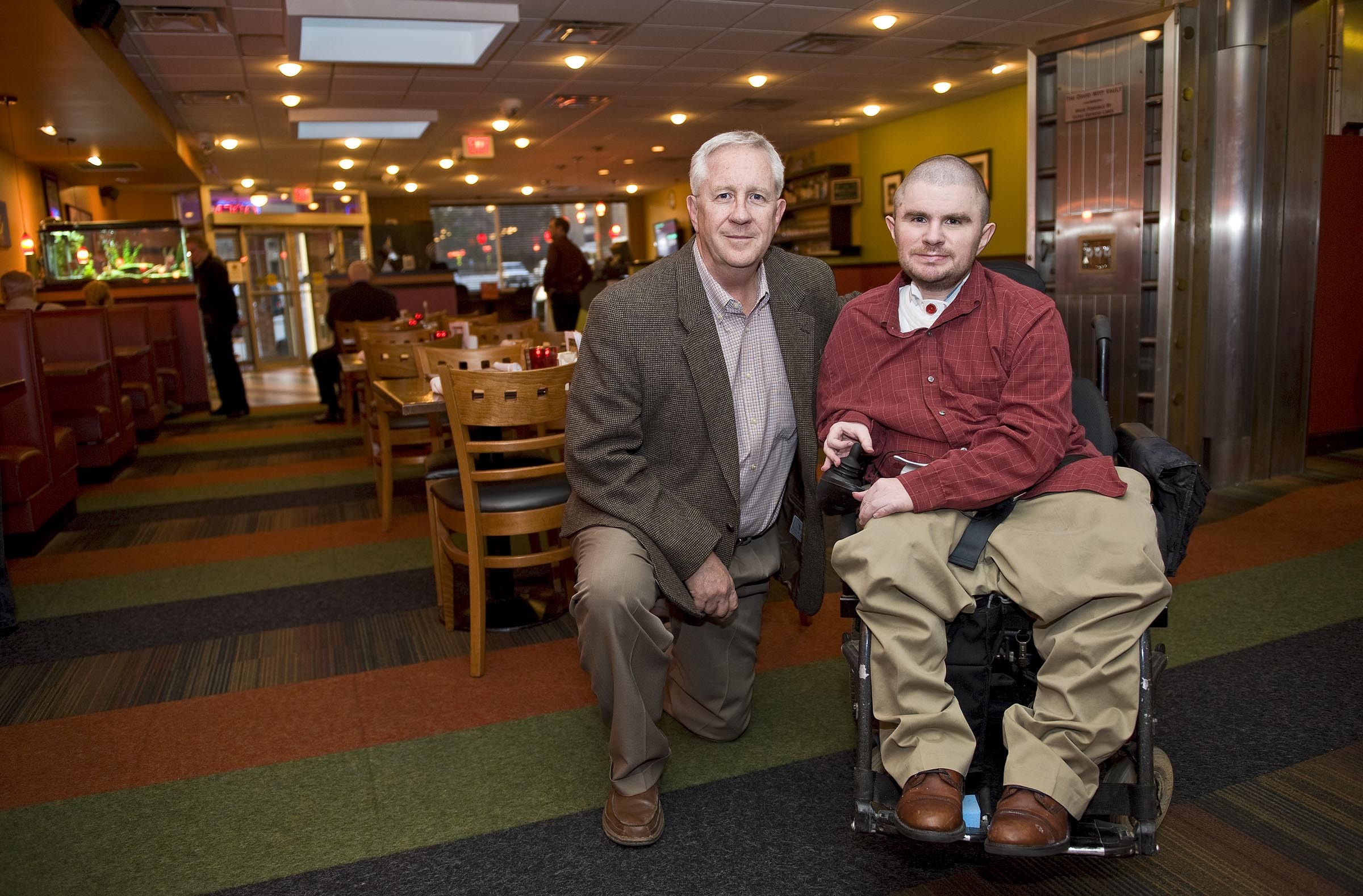 When the economic downturn hit, the owner of Positive Vibe Café knew his unique restaurant was at greater risk than most.

"I feel every bit my age," says Garth Larcen, 61, executive director and co-founder of the Vibe, as it's often called. "It's a tough environment for us."

Located in the Stratford Hills shopping center off Forest Hill, the Vibe is a restaurant and catering company that also provides training for people with physical and cognitive disabilities. It's a nonprofit, but takes no government funding. Instead it tries to work through the community with grants, special events and donations.

And now it's getting an assist from an unlikely source: Bob Marley's grandson.

"He goes by Biggz General, and his manager, who is a special-ed teacher in Miami, had heard of us," Larcen says. "With the name Positive Vibe Café, it seemed like a good fit for them on their current tour." Biggz General, who is the son of former Melody Maker Sharon Marley, will play an electric set with the group Redlyte, performing some Bob Marley roots tunes as well as its own hybrid of hip hop, reggae and rock.

"We like to do charity stuff," says manager and guitarist, Chris Montague. "I think this is going to be a very cool place."

After the economy went south, Larcen found that people not only were eating out less, but also making fewer donations. He's countered with creativity, such as Tummy Tuesday belly-dancing nights — which he compares to "a Fellini movie."

But the biggest events are the annual concert benefits. The eighth annual VibeFrost, scheduled for Jan. 19, will feature local groups Janet Martin Band, the Taters, Susan Greenbaum, Andy Vaughn and Driveline, and the Hullabaloos. A second show Jan. 24 will feature Biggz General with local singer Solomon Miles and friends opening. Miles is a graduate of the Vibe's training program who sings the Bill Withers' classic "Lean on Me" a cappella at every graduation — and "there's not a dry eye in the house," Larcen says. The parents of graduates usually are there because this is often the first recognition their child has received, he adds.

The program, which graduates trainees after four-week sessions, passed its 600th graduate in the fall. "We tapped into something that there was such a great need for," Larcen says. "Probably more important than anything the workers develop their self-confidence and social interaction skills."

Greenbaum, who also sits on the board, wrote a song about the place called "Walk in These Shoes." She's been interested in disability causes since she was in the third grade in Kansas, she says.

"Their mission is incredibly important. It's even harder right now for people with disabilities to find jobs," Greenbaum says. "This is a homegrown organization that doesn't have the advantage of other nonprofits that have higher-profile support and get the larger arts grants. ... But this program really changes people's lives."

The official business name is Max's Positive Vibe Café, after Larcen's son Max, who suffers from a terminal case of muscular dystrophy known as Duchenne. Back when Max first started looking for work, he couldn't find a job.

"I said you're not getting off that easy, we're going to find something for you," Larcen says he told his son. "So we started raising money to start a restaurant for him and other people with disabilities."

People with Max's type of disease usually don't survive past their mid-20s, but Max just turned 35, putting him in the upper echelon of survivor stories. His father thinks it's no coincidence. "In a general sense it's because he has a sense of purpose," he says.

"Jokingly, I say one reason he's still here is that he has no trouble regularly telling me what I'm doing wrong. Each successive year, there's a higher percentage of time he's right, which is disturbing," he says, laughing. "If you have the opportunity to criticize your father every day, you might live forever. Why would you ever give that up?"

Most of the servers are volunteers, and not everyone there has a disability. Larcen notes that the marketing has always been tough, because people find it difficult to believe the food service could be as good as it is. The glowing press for its training program often negatively affects public perception of the food, which has gotten good reviews in this outlet and others. Larcen says he's continually asked why he opened a restaurant, a notoriously difficult way to turn a profit.

"It may not be something that will drive a lot of resources, but it is truly one of the best occupations for people with disabilities. They take to it," he says. "Some of the things most of us find redundant or tedious, they find comfort in that. We've had [employees] come in an hour early, and stay after, because they can't wait to be there. Employment to somebody with a disability is a privilege, not an obligation."

Four years ago, one 22-year-old graduate with a cognitive disability left and came back incredibly excited by his new privilege.

"He was jumping up and down with excitement. I said, 'Great — you got what you wanted. But you've got to calm down. Where are you working?'" Larcen recalls. "He goes, 'Hooters!" And he's still there." S

The eighth annual VibeFrost is Jan. 19 and features Janet Martin Band, Susan Greenbaum, Andy Vaughn and the Driveline, and the Hullabaloos. A second show, featuring Biggz General and Redlyte, as well as Solomon Miles, will be held Jan. 24, with doors at 6:30 p.m. Both shows cost a $10 donation to the food-service training program.