Big Piece of the Puzzle

Authorities in two cities start to close in on a suspect in the fifth edition of the Southern Nightmare series. 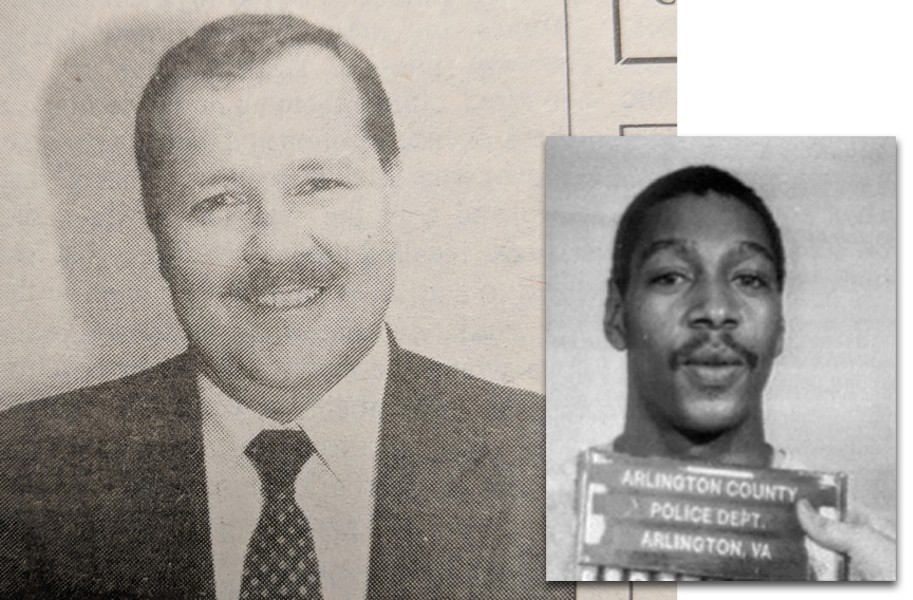 Editor's note: This feature is the fifth installment of a 10-part series on the landmark criminal justice case of the South Side Strangler, which marked the nation's first use of DNA to catch a killer. Listen to the podcast in the player above, or click here to subscribe to episodes on Apple Podcasts or Google Plus. And here is a direct link for people with iPhones and iPads to subscribe on iTunes. To read the previous installments, visit styleweekly.com/SouthernNightmare.

The community was under siege.

For months, a maniac had been on the loose, attacking women in their homes. And police had no suspects.

They called him … the Masked Rapist.

It all started in Arlington in June 1983 with the abduction and rape of a woman in the county's Green Valley area by a knife-wielding African-American man in his late teens or early 20s wearing a homemade mask.

Over the next seven months, as his attacks escalated, he abducted women in their cars and entered their houses and apartments through unlocked windows, relentlessly raping and brutalizing nine women. He tied some of them up with nylon cords cut from their Venetian blinds.

In January 1984, an Arlington woman came home to discover evidence of an unsettling break-in. The cords of her Venetian blinds had been cut and were neatly laid out on her bed alongside pornographic books and other items stolen from the house next door.

"It looks like he was there waiting and get tired of waiting of her," says retired Arlington homicide detective Joe Horgas. "But if she got home probably an hour sooner or something she probably would have been the first."

The first murder, that is.

Because four days later, just a block away, attorney Carolyn Hamm was found bound and strangled in her garage.

Another woman would be attacked by the Masked Rapist in the same neighborhood while police were still processing the Hamm murder scene.

A week and a half after Tucker's murder, Horgas would learn that the Masked Rapist had another alias: the South Side Strangler.

He received a teletype from Richmond police describing the identical strangulation murders of Debbie Davis and Dr. Susan Hellams. He met the Richmond task force the next morning. By the time the meeting ended, they realized they were all looking for the same suspect but they were no closer to finding him. The investigation stalled for another few agonizing weeks while they hoped for a break in the case before the Strangler could kill someone else.

On Dec. 29, 1987, Horgas met with FBI profilers who told him that his suspect likely lived somewhere near the site of the first attack in Green Valley. The FBI also felt that he wouldn't have stopped raping and killing woman of his own volition. It was likely that he had been jailed for another offense between the murders of Carolyn Hamm and Debbie Davis.

As Horgas racked his brain for possible suspects, a name popped into his head: Timmy Spencer, a Green Valley teen Horgas had arrested for burglary during the mid-1970s.

After checking, Horgas discovered Spencer had been arrested in January 1984 for break-ins in neighboring Alexandria, wearing the same clothes as the Masked Rapist. He had been paroled to a halfway house in Richmond in 1987 before Debbie Davis' murder.

"We go to the halfway house and we find out that he signed himself out for every murder down there. And he got a furlough to come up to Arlington for the Susan Tucker murder," Horgas recalls. "So everything just seems to fit the puzzle. The pieces are all coming together now." S