Bill O’Reilly breaks down conservatives, liberals and critics of his new Lincoln book. 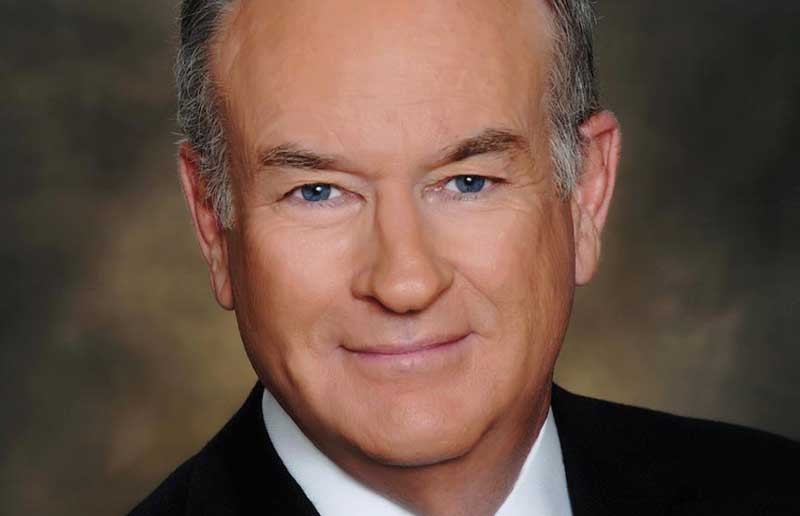 Fox News commentator Bill O’Reilly is rarely at a loss for words. Take his most recent book, which the outspoken television personality wrote with Martin Dugard. Titled “Killing Lincoln: the Shocking Assassination That Changed America Forever,” the book has been on best-seller lists, but also has been dogged by criticism for inaccuracies. Accusers include Lincoln experts at Washington’s Ford’s Theatre, where Lincoln was fatally shot in 1865.

O’Reilly will appear with political comic Dennis Miller for their “Bolder & Fresher 2011 Tour” appearance at the Landmark Theater on Nov. 25. (Tickets range from $45 to $125.) Style Weekly spoke by phone with O’Reilly last week to get his take on Lincoln and the difficulty with political labels.

Style: What message are you bringing to Richmond?

O’Reilly: We go to places like the Landmark Theater and give a mix of humor and political observations. You know, sassy opinion to the folks. For example, the show’s going to be heavy on the presidential election of 2012 and the Republican primary and inside stuff that we don’t say on TV.

What do you make of the GOP candidates so far?

I’ll save that for the show. Miller will open for 40 minutes and he does what he does — a lot of pop commentary. I come on and make fun of Miller for about a minute, and I do a more — I wouldn’t say serious, but it’s more targeted commentary about what’s really happening on the inside.

How would you define yourself? You are considered conservative. Sometimes you seem liberal.

I’m a registered independent and a problem solver. So if people want to put a label on me they are often disappointed. Usually people label other people for reasons that are not benevolent. The left wing doesn’t like me when I criticize them and the right wing doesn’t like it when I criticize them. It’s a little boring. I’ve been doing this for 15 years, 12 of them as No. 1. And people know who I am. I’m on a lot. They can make up their own mind.

You seem to be locked in course with people like Rush Limbaugh and Sean Hannity.

Only with uneducated viewers. Anybody who knows anybody couldn’t possibly make those associations. If they do, they are dishonest.

Taking them as a group separate from yourself, do you see a decline in the conservative, anti-Obama media?

No. I think that Barack Obama’s governance has mobilized a lot of those people to get him out of there. You basically have talk radio allied against the president but you have the television network news still supporting him.

I was thinking more in terms of Mr. [Glenn] Beck’s departure and some ratings issues for Limbaugh and for Hannity.

You know radio ratings. I did it for seven years. They are cyclical and it depends on a lot of factors. Both Limbaugh and Hannity are making a zillion dollars. Beck wanted to do something different and he wanted to control his own product. So he went to the Internet where you can do that.

Speaking of Lincoln, there’s a movie being made here.

Yes, Spielberg’s down there.

There have been some issues with factual inaccuracies with your book about Lincoln. How do you respond to that?

I responded to it last night. It’s all B.S. There were four mistakes in the book. They’re all picayune. They’re all corrected. And there are two typeset mistakes which have been corrected in a 325-page book. There isn’t a book on earth that doesn’t have that. Of course, this is driven by people who are absolutely insanely jealous that we have [sold] more than a million books since September. This book is a phenomenon. The Washington Post flat out lied that the book wasn’t being sold in the Ford’s Theatre bookstore and it is. Then Ford’s Theatre corrected it in a very strongly worded statement. This kind of stuff, we’re used to it.

Why choose Lincoln right now? There’s been a ton of stuff about him.

Not like my book. You obviously didn’t read my book. You should. Then you’d know what we’re doing. We did something totally unique. We presented history in a very, very, fast-paced format, which is why the book has really taken off. The reason why I did is that this country is in dire trouble. We need to get back to true leadership and understand what true leadership is, and the gold standard for leadership was Abraham Lincoln. ... This book is a trendsetter. We’re going to do two more books along these lines.

Why is Lincoln your favorite president?

He’s not my favorite. He was the best president. He had the most difficult scenario when he walked in. The Union was dissolving. He had to keep it together almost single-handedly. George Washington was tremendous, Thomas Jefferson and Franklin Roosevelt.

If you could teach Barack Obama something about Abraham Lincoln, what would that be?

When things aren’t going so well, you have to pivot. He hasn’t pivoted so well on the economy. You really have to take a hard examination when things don’t work and maybe find a better way to do it. S