Matthew E. White and the Mountain Goats bring the noise to the National. 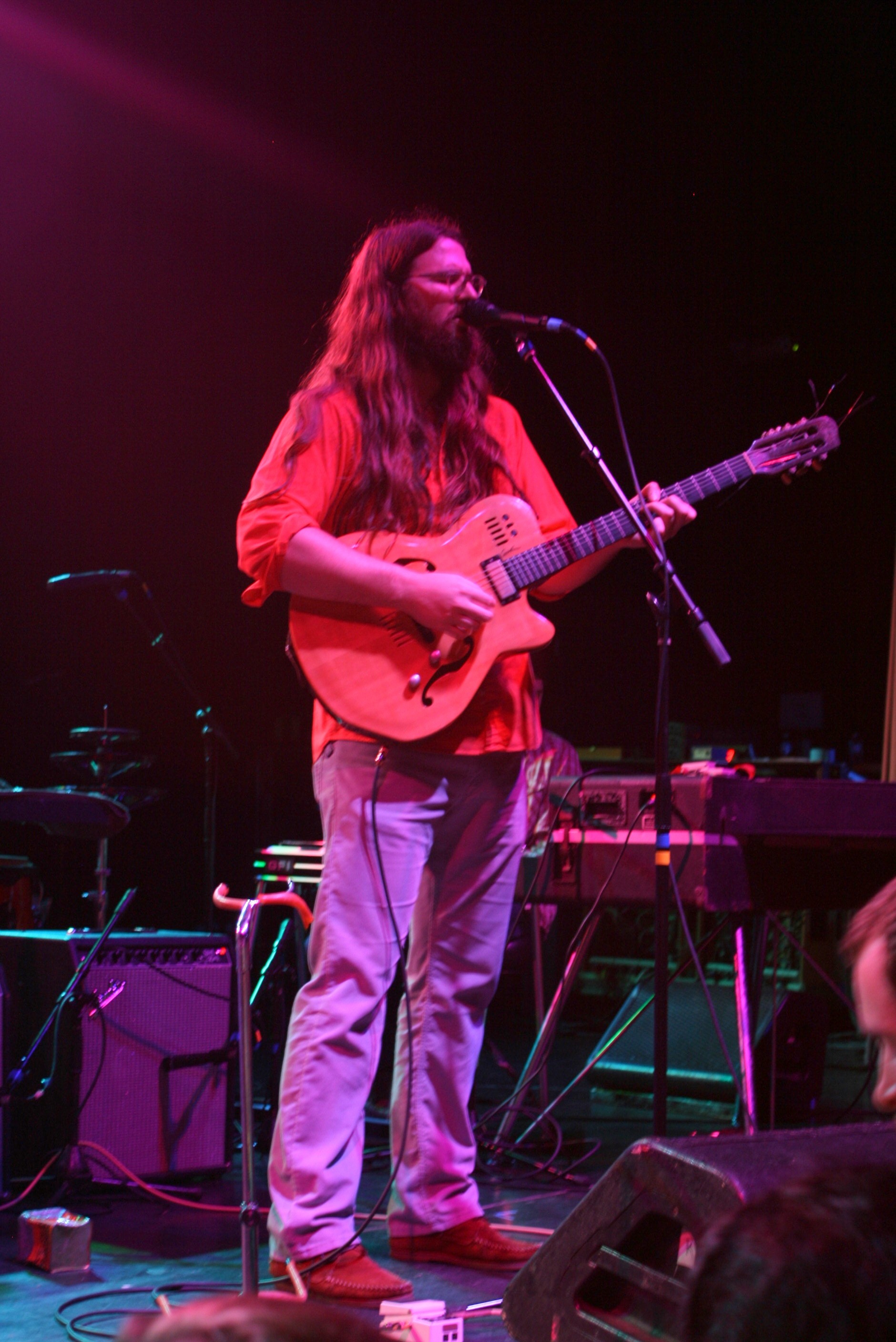 The opening “Will You Love Me” was muscular and funky; “Steady Pace” raced. White played every song from his debut “Big Inner” (Hometapes) except for the quietly eclectic “Hot Toddies” – which was replaced by the Randy Newmanesqe B-side “Ain’t That What Love Is.” For the tour White’s basic band -- bassist Cameron Ralston, drummers Pinson Chanselle and Scott Clark, keyboard/electronic wizard Gabe Churray and pedal steel/keyboard player Trey Pollard -- was augmented by trumpeter Bob Miller, saxophonist Jason Scott and trombonist Bryan Hooten. (The horns were along to play the parts White wrote for the new Mountain Goats album “Transcendental Youth.”)

Whatever rough patches might have existed in a first-time-on-stage performance was masked by the band’s huge sound and obvious enthusiasm. Some poetry gets lost in transition to the stage, but then again if you slacken for a second -- as in White’s quiet opening to “Gone Away,” a deeply spiritual song about the tragic death of his 4-year old cousin, some jerk in the crowd will be revealed talking loudly about nothing.

John Darnielle, the ebullient lead singer of the Mountain Goats, had no patience with audience blather. He stopped once to admonish talkers, and a second time to offer to pay for the tickets of two particular offenders if they would leave. “I despise you,” he said, and then restarted the song, a sympathetic, seemingly nostalgic ode to addiction and petty thievery.

Over nearly 20 albums Darnielle has combined his darkly specific poetry with Buddy Holly hooks to create a body of work that is both charming and bracing. During his long set at the National -- accompanied by longtime bassist Peter Hughes and slightly less longtime drummer John Wurster -- he mixed songs from the new album (the set was constructed around the two versions of “Spent Gladiator”) and older pieces that many in the audience greeted as old friends. Darnielle switched between keyboards and guitar, cut the band down to solo or duo and pumped it up with the Richmond horn section.

Charismatic and totally at ease on stage, the singer has a clear voice that cut cleanly through the loud, occasionally feedback-laden mix. Darnielle displayed enthusiasm and obvious joy as he delivered his cheerily mounted odes to home and depression, from the “life recorded in disappearing ink” of “Lakeside Views” to the least likely of encore-closing lines: “I hope we all die.”

Miss the show? Matthew E. White's performing Friday, Nov. 16, at the Camel with the Trillions and DJ Mixie.