The Richmonders we lost in 2011 who left the community a better place.

In the coming days as friends and families gather, inevitably they’ll reminisce about folks who are no longer around. While yarns both old and new crisscross holiday punch bowls and dining tables, occasionally the past will magically and seamlessly meld with the present. Similarly, at year’s end, the Richmond community might reflect on those rare leaders, personalities and trailblazers who died in 2011 but left a positive impression on this place. Their individual and collective passing leaves a void of ideas, intelligence, good judgment and grace at our communal table.

The capital city lost two former state senators who made their marks in and beyond the Virginia General Assembly. FitzGerald Bemiss, who was 88, died in February. During his tenure from 1955 to 1966 he ran ahead of the pack in raising awareness of the state’s environmental challenges. At his funeral in St. James’s Episcopal Church, a boyhood friend, former George H.W. Bush, sat in a front pew — probably the first time in 150 years that a former U.S. president attended a Richmond funeral. Elmon T. Gray died in April at age 86. His foresight was paramount in establishing the Appomattox Regional Governor’s School for the Arts and Technology. And this year he and his family funded the design and installation of the handsome new entrance terrace at the Valentine Richmond History Center.

Another valuable public servant also departed in April when Bruce Jamerson, longtime clerk of the House of Delegates, inexplicably took his own life at age 54.

In February the Virginia Supreme Court lost Chief Justice Leroy Hassell, 55 — the first African-American to hold the post — to complications of lymphoma. His flag-draped coffin lay in state in the Capitol rotunda, a rare instance of the honor.

Richmond’s business world lost a titan with the death in September of David Reynolds, 96, former president of Reynolds Metals Co. Along with his brothers, he built up a company that set a high mark for product excellence throughout much of the 20th century. Reynolds’ West Broad Street headquarters, now occupied by Altria, remains the gold standard for excellence in corporate architecture here.

Another family name of which Richmonders can be justifiably proud is Sauer: Conrad Sauer III, 87, past president of the locally based spice company, died in May.

In recent years there were few major civic projects that didn’t benefit from the participation of Beverley “Booty” Armstrong, 68, a former executive of AMF Corp. For many years Armstrong also headed the Capital Region Airport Commission and helped burnish the Jefferson Hotel’s reputation as a center of hospitality locally.

Countless friends and former associates were saddened by the death in November of Brick Ryder, 76, whose impressive career in communications included distinguished work in radio broadcasting, corporate public relations and media relations for the city. In October another habitué of City Hall, Alice Lynch, 81, a former city registrar and the smartest, savviest and most delightful of public servants, went to her reward.

Richmond mourns others who set standards for moral, spiritual and intellectual leadership. Ruth Jones Harris, 86, was a behind-the-scenes force in the civil rights movement as the wife of the Rev. Dr. Curtis W. Harris, a national officer in the Southern Christian Leadership Conference. During the 1950s and ’60s she loaned him support and entertained such leaders in the civil rights movement as Martin Luther King Jr. Harris died in May.

Thomas Melvin Law, 93, who served as Virginia State University president from 1975 to 1982 (and also as head of St. Paul’s College), died in November.

Myron Berman, 83, the quick-witted and longtime rabbi of Temple Beth-El, who authored a scholarly history, “Richmond Jewry 1769-1976: From Shabbat to Shockoe,” died in April.

Another fertile mind, Paul B. Ferrara, 68, the director of the Virginia Department of Forensics — who pioneered DNA as a crime-fighting tool — died in June.

If Richmond prides itself on its burgeoning restaurant scene, there was a time when our best restaurants could be counted on two hands. Stavros Dikos, 85, who once owned the Village and Stella’s (which remain iconic Richmond establishments), died in June. And few destinations were more popular than the Joy Garden, whose founder and proprietor, Thomas Y. Chin, 93, died in October.

A large number of Richmonders were saddened by the death in March of Page Wilson, 56, a musician whose love of his city was contagious and whose radio program, “Out of the Blue Radio Revue,” promoting “pure-bread American mongrel music,” was a mainstay of local public radio. Another performer, whose act was decidedly raw but nonetheless a guilty pleasure for many near and afar, was Cory Smoot, 34, of the rock group Gwar. The guitarist died in November. And a strummer from a simpler era, Walter F. Turnage, 95, once a fixture at the Grand Ole Opry and Richmond’s Old Dominion Barn Dance, died in October.

Two formidable ladies who taught thousands of Richmonders to dance at their respective dance academies — Majorie Fay Underhill, 88, who died in August, and Marion Meese, 89 — demonstrated their final jeté.

And then there are people who, well, just made Richmond that much more cool. Sarah Townsend Harrison, 68, a competitive and stylish figure on the Richmond tennis scene — who invariably donned a strand of pearls on the courts — died in April. Sean Sweeney, 45, one of the city’s most popular bartenders, mixed his last drink in May. The feisty architect, William Lee Wienckowski, 68, died in July: For many years he huddled with clients in a designated booth at Joe’s Inn — a space now marked with a plaque. Attorney Frank Eck, 67, who died in August, shines on nightly because he provided the idea and money to illuminate the exterior of the Cathedral of the Sacred Heart’s glorious dome lording over Monroe Park.

And opening nights at local theaters aren’t the same since Essie C. Simms, 83, died in July. This supportive lady with a beatific smile always was seated up front and wanted to be noticed. As Andy Warhol once said, 75 percent of celebrity is showing up. For decades, Miss Essie, as she was fondly called, and those saluted above, showed up. They, and many others, will be missed.

But the year’s most laudatory obituary internationally was reserved for Elizabeth Taylor, 79, who died in March. “The last star,” as biographers called her, was the complete package of talent, feminine beauty, earthiness and humanity. If Richmond has been star-crazy recently with sightings of Daniel Day-Lewis and Sally Field, the excitement pales compared to the buzz when the Oscar-winning Taylor campaigned alongside her sixth husband, John Warner, when he ran for a U.S. Senate seat in 1978. Whether she was encountered at a local charity ball, political picnic or seated at a downtown Richmond lunch counter (remembers those?) Taylor always was open and self-effacing. Of course, the role of a U.S. senator’s wife was one she liked the least, and the Warners divorced in 1982. But this was OK. Taylor threw herself into finding a cure for AIDS as a co-founder of the American Foundation for AIDS Research and another bearing her name. And just this month her jewels are being auctioned, with the proceeds going to ongoing research of the disease. What a dame! S

Slideshow Beyond the Call: The Richmonders We Lost in 2011 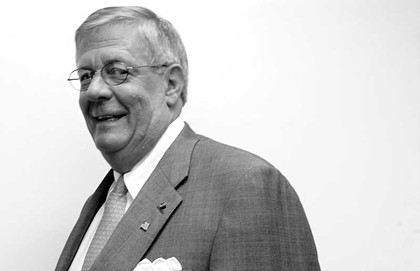 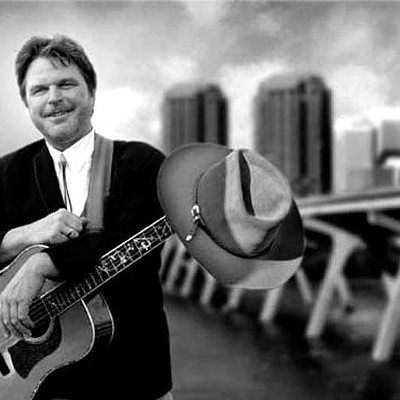 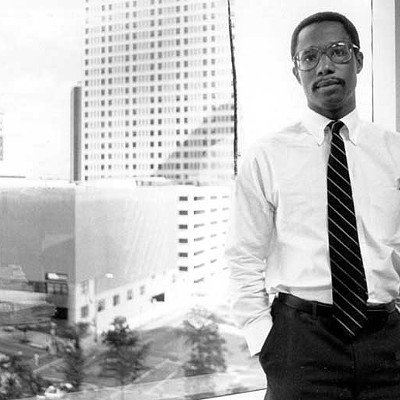 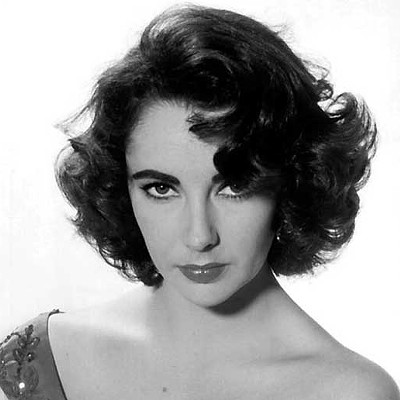 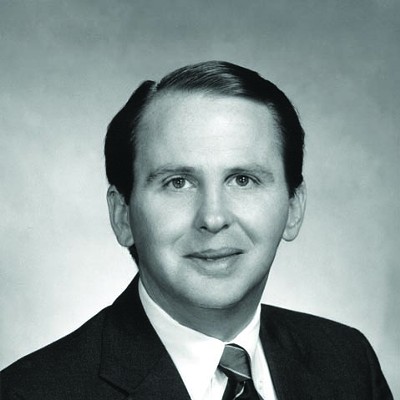 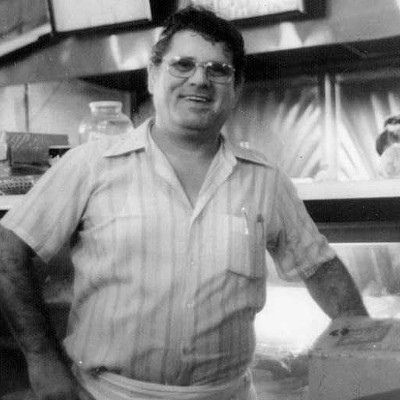 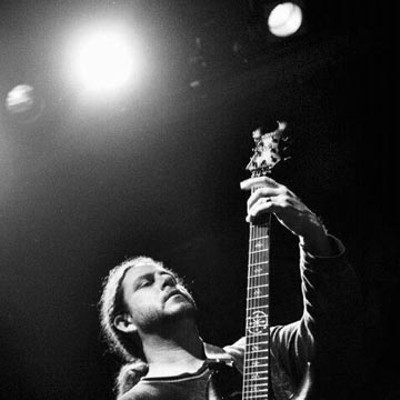 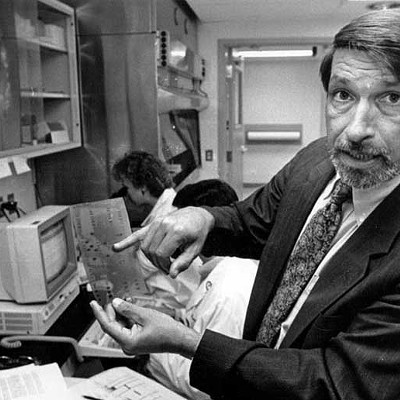 Beyond the Call: The Richmonders We Lost in 2011
Click to View 8 slides