How Richmond courtesan Arabella Huntington became the richest woman in the world.

ARABELLA WANTED A Fifth Avenue mansion and wasted no time trading her house on West 54th to John D. Rockefeller for nine building lots at Fifth Avenue and 72nd Street. The Rockefellers, who'd just moved to New York from Cleveland, maintained Arabella's sober brownstone and all its furnishings just as they found them — even if the taste was far different from their own. The only changes they made were installing new carpets and building an ice-skating rink in one of the side lots.

Arabella prevailed upon her husband to build her a new house at Fifth Avenue and 57th Street, where Tiffany & Co. stands today. Finally completed in 1893, by all reports it was ugly, ponderous and architecturally confusing. Some thought it was a warehouse. Reportedly, Huntington spent very few nights there, despite Arabella having installed a marble bath tub where the water not only was filtered, but also mixed with a constant mist of her favorite perfume. There was nothing quite like it anywhere, and it became the talk of the town.

Although the Huntingtons were seldom at their Fifth Avenue mansion, they maintained a minimum permanent staff there of 11, including a housekeeper, three butlers, a footman, a cook, two maids, a laundress, fireman and an elevator operator. More often they could be found at their country house, called the Homestead, fronting the East River in the Bronx. But they also maintained huge houses on Nob Hill in San Francisco (which was destroyed by the great fire of 1906) and a camp in the Adirondack Mountains. 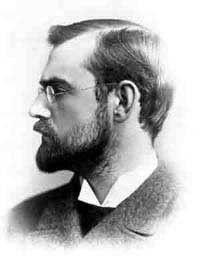 Young Archer, who was adopted by Collis Huntington and took his last name, showed no interest in railroads and developed into an accomplished poet, linguist and connoisseur of Spanish art (he founded the Hispanic Institute of America, one of New York's leading, if lesser-known cultural and research institutions as well as the Mariner's Museum in Newport News). His parents spared nothing in providing him the best private tutors and encouraging his unique interests. Arabella often sat in on his lessons.

Arabella's two brothers, Richard and John Yarrington, who'd followed their sister and mother to New York in 1869, remained on Huntington's payroll for many years working successfully for their brother-in-law's railroad empire or at various other assignments managing his farms and ranches. The extended family got along well.

Catherine Yarrington lived with Arabella and Collis until her death in the 1880s, with her brusque son-in-law lavishing great attention on her to the end.

And over the years of their courtship and marriage Arabella gradually heightened her husband's appreciation of the visual arts, literature and opera. He was willing to follow her lead and interests; he adored her. In 1900 at age 78, Collis died unexpectedly at their home in the Adirondacks.

"The richest woman in the world," is how the press breathlessly announced Arabella's inheritance. She received one-third of Huntington's estate, or $150 million (approximately $3.1 billion in today's dollars).

Another third of the estate was left to a nephew, Henry Edward Huntington, who'd worked closely with his uncle. And Edward, as he was called, always had been sweet on his uncles' beautiful wife, Arabella, who was his contemporary. 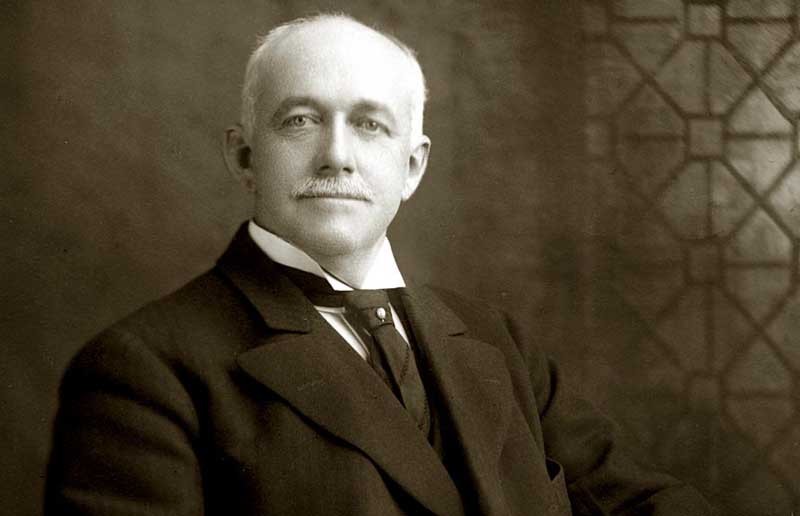 UPON HER HUSBAND'S death, Arabella went on a spending spree with annual trips to Europe. She made at least 22 crossings of the Atlantic during her lifetime. Although she carried herself as a widow — she wore black in public for the rest of her life — New York society continued to shun her. And she had nothing to do with San Francisco society, which she considered beneath her, so she gravitated to Europe.

Soon after Huntington's death she bought a 14-bedroom palace in Paris, and as was her custom, stripped the place to the walls and had it rebuilt. Meanwhile she stayed in the royal suite of the Bristol Hotel and shopped for art. Her growing collection included works by Rembrandts, Velasquez, Hals, van der Weyden and Bellini.

There'd never been question whether Henry Edward Huntington was interested in Arabella, especially since they shared mutual interest in European art. But he'd spent most of his adult life on the West Coast, overseeing his uncle's railroad operations there. His greater business interest, however, was real estate development in southern California, especially in and around then-tiny Los Angeles.

Within months of his uncle's death in 1900, Edward Huntington sold his share of his stock in Southern Pacific and Central Pacific railroads and began investing in electric railways. He connected existing villages and former mission communities throughout the Los Angeles area. And because he decided exactly where the tracks were going, he knew where to develop real estate. Developmentally, it was Edward's vision for street railways, and not the advent of the automobile, that caused the relentless sprawl historically associated with southern California. Such communities as Riverside and Beverly Hills were among his developments. 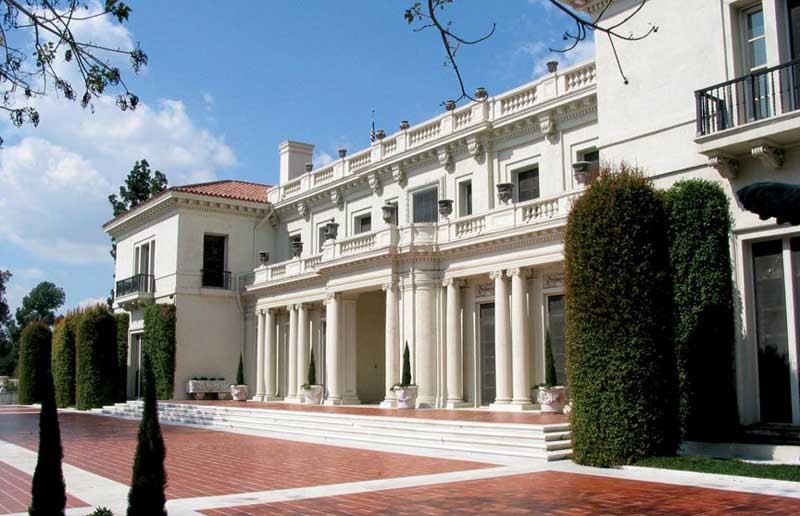 Water was the biggest challenge to development of the region, but he led efforts to solve this by bringing water from the north. And in 1907 Edward purchased 550 acres near the San Gabriel Mountains (near Pasadena) and began to build himself a sprawling estate, Rancho San Marino. He built an impressive mansion in the classical revival style and a research library on the place to house his growing rare book collection. Today, as the Huntington Museum and Library, the now publicly accessible institution contains the largest library ever assembled by one person.

Was he building all this to woo his aunt, Arabella, who had no particular desire to live in California? It must have worked. In July 1913, after he received a divorce from his wife, he and Arabella, both in their 60s, were married at the American chapel in Paris. The following January she saw San Marino for the first time. The mob scene of curiosity-seekers at the train station when they arrived in California frightened the regal and retiring Arabella. She soured on the place, and she and Edward spent only a month there each year during the rest of their lives.

With their mutual interest in art and rare books and limitless wealth, there was little they couldn't acquire. He purchased a Gutenberg Bible. She bought "Blue Boy," the full-length portrait by Gainsborough that may be the most well-known painting by an English artist. These and thousands of other priceless pieces are housed at San Marino today. 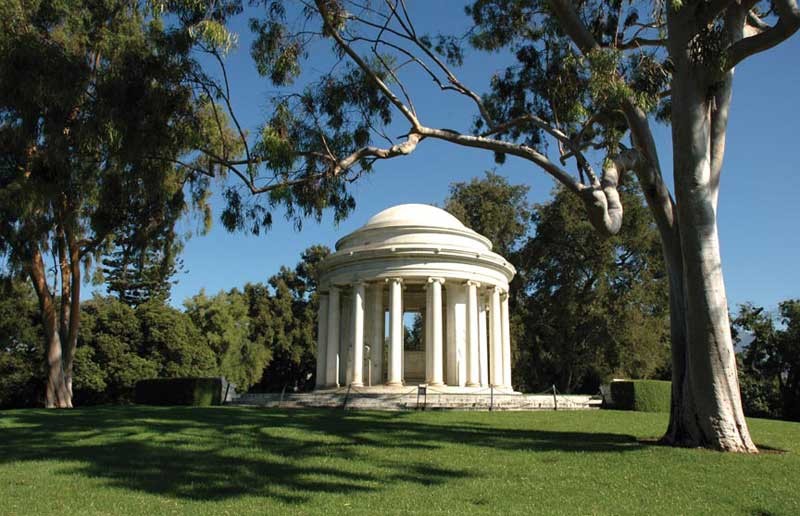 But near an entrance to the Huntington Museum and Library hangs a three-quarter-length portrait of Arabella, seated ramrod straight. It's clear that she's a tall woman. She wears all black and peers out at the world through thick glasses as if daring anyone to question her. This former Richmond beauty, determined intellect, and one of the world's richest women, died in 1927. She's buried next to her second husband, Edward Huntington, in a classical-style mausoleum designed by John Russell Pope — architect of the Jefferson Memorial and Richmond's Science Museum of Virginia — amid the vast gardens of San Marino. A conundrum to the end, the etched stone lists her birthplace as Alabama, not Virginia. S