Looking back on 9/11, most people understand that prejudice and ignorance aren’t exclusive to any region of this country. 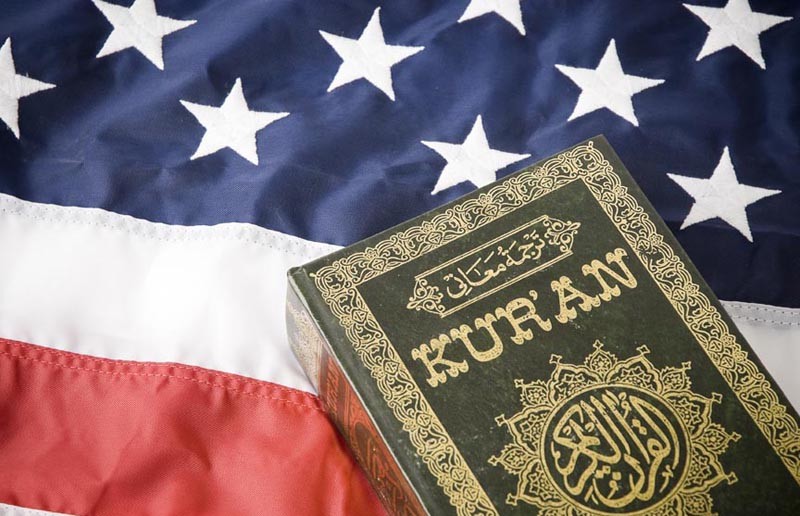 In the years since Sept. 11, 2001, we’ve spent a lot of time arguing over what does and doesn’t constitute terrorism, but it’s difficult to argue with the very basic definition of the word: trying to frighten people into going along with your agenda.

Ten years ago a group of fringe religious extremists thought that if they killed enough people, they could scare us into renouncing what it really meant to be American. Say what you will about their success on a national level, but Henrico County recently took a small but powerful step to prove that those extremists were mistaken.

I’ve lived in Richmond my entire life, but I’ve never truly self-identified as Virginian. I always felt more at home in the Northeast, where my father and his side of the family grew up. Another reason is that in Central Virginia, it sometimes seems like the non-Beltway portions of the state register on a national level only when they’re doing something really embarrassing.

It’s bad enough growing up with the legacy of the Civil War and Massive Resistance (and growing up a five-minute walk from Byrd Middle School, charmingly named after a diehard segregationist and signatory of Strom Thurmond’s Southern Manifesto) without having to look away every time the antics of a George Allen, a Virgil Goode or an Eric Cantor make national news. It’s not that I was mortified to think that all those people and things genuinely represented Virginia; it’s just extremely frustrating to know that they don’t truly reflect Virginia,but get media coverage as though they do.

That’s why it was extremely welcome news when, in August, the Henrico County Board of Supervisors voted to approve a proposal to build a mosque after blocking it three years ago. In one of the most encouraging moments of the debate process, as reported in The Richmond Times-Dispatch, a local woman held up a copy of the Quran while raising an objection to the construction, but was told by County Administrator Virgil Hazelett that solely religious objections wouldn’t be permitted during the meeting. “That’s very fair,” she responded.

Perhaps the board’s progressive decision wouldn’t come as such a pleasant surprise if it didn’t seem like the rest of the country, North and South, were moving so speedily backward.

Leading up to the 2010 midterm elections last summer and fall, New York was gripped by media-generated hysteria over the so-called ground-zero mosque, which was neither a mosque nor at ground zero, and was originated by a man who’s actively condemned terrorism and served as liaison to the Middle East for George W. Bush’s State Department. Despite obtaining all the necessary permits, the building became such political red meat nationwide that eventually victorious candidates such as Rep. Renee Ellmers of South Carolina and Rep. Allen West of Florida actively attacked their opponents for being insufficiently opposed to it. Cantor, too, was against it. “Everybody knows America’s built on the rights of free expression, the rights to practice your faith, but come on,” Cantor told the National Review, incredulously.

Another proposed mosque in the town of Murfreesboro, Tenn., has been subject to its own controversy, and has been on the receiving end of threats and vandalism (including wrapping raw pork around the door handles).

Recently, former Godfather’s Pizza chief executive and current Republican presidential candidate Herman Cain told Fox’s Chris Wallace that it was the non-Muslim citizens of Murfreesboro’s “right” to prevent the building of the mosque, saying that Islam was an exception to freedom of religion because it “combines church and state” (unlike, say, the governor of Texas playing host to a massive Christian prayer rally).

Rep. Peter King, R-N.Y., the chairman of the House Homeland Security Committee, has held a series of hearings on the “radicalization” of American Muslims, and has refused to expand the scope of the hearings to include non-Muslim terrorism even in the wake of far-right extremist Anders Breivik’s shooting spree in Norway. Shortly after the killing of Osama bin Laden in May, a mosque in Portland, Maine, was vandalized with graffiti reading, “Osama today, Islam Tomorrow.”

Most people understand that prejudice and ignorance aren’t exclusive to any region of this country; after being attacked by white mobs in Chicago in 1966, Dr. Martin Luther King Jr. famously said that he had “never seen … such hate, not in Mississippi or Alabama.” And yet, somehow, my part of the state chose to transcend all this ridiculousness and, in the words of Glen Allen resident Sam Ward, “to lead, do the right thing, do the American thing.”

That’s the kind of example you can be proud of from the state that gave us George Washington and Thomas Jefferson. The Board of Supervisors didn’t make its decision in any grand attempt to stamp out bigotry in Henrico or America. The board made its decision in recognition of a religious community’s legal right, and it made me and many others proud to be Virginians. S

Correction: In earlier print and online versions of this essay, Style incorrectly identified Sam Ward, a resident in Glen Allen. We regret the error.

Zack Budryk is a journalism major at Virginia Commonwealth University.