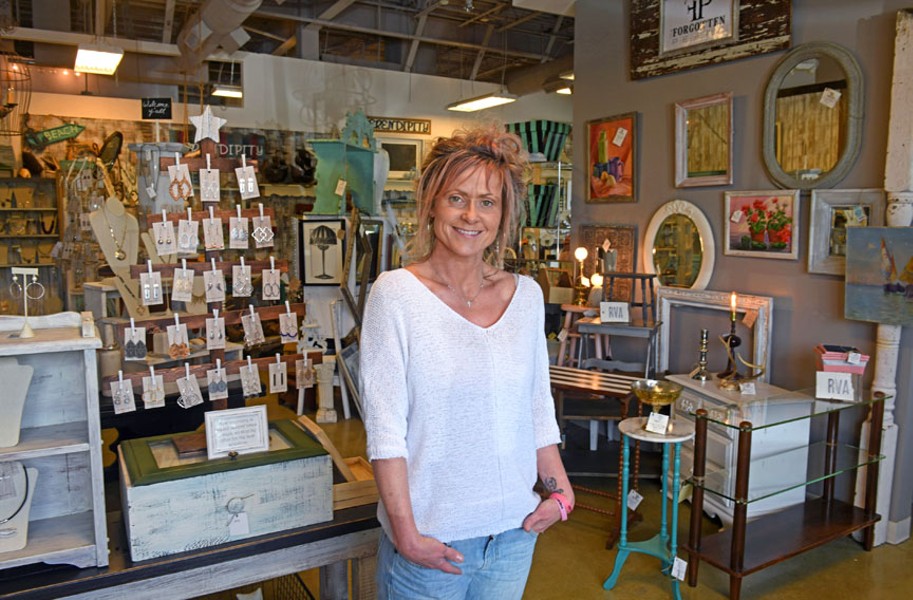 Sometimes tragedy can lead to action. Owner Michelle Leshok opened Lazy Daisy Gift Store, which sells upcycled and restyled furniture as well as home goods, clothing and jewelry, in 2011. She did so to help her cope with the grief of losing her 7-year-old son Morgan and his father, Scott, to senseless violence at the hands of a stranger.

To say she's been busy ever since is an understatement — having opened five stores with multiple expansions, starting in Chester (expanding there five times) before opening a Midlothian store, then Short Pump (expanding three times), then Williamsburg, then expanding Short Pump again, then the most recent store in Mechanicsville. She and her husband now have more than 250 vendors in the five stores.

"I keep it positive and always pushing in [her son's] honor," Leshok says. "That's a big part of the store. I think he's the meaning and I'm often asked to speak at women's forums. People ask me why I work seven days a week, 15-18 hours a day, and it's because I love it, but I need to stay busy. You don't let your mind stop, if you do, you can go to a dark place. So you have to get your mojo up, and just push, push, push."

Leshok explains that the store sells a lot of farmhouse décor, shabby chic, vintage, repurposed stuff, handmade farm tables, lots of hand-crafted work by local artists — trying to steer away from wholesale as much as possible.

And it's doing so well that they have a 24/7, pay-by-phone line and are constantly updating Instagram and Facebook pages with new items.

"With the handcrafted furniture, its literally here today, gone tomorrow," she says.