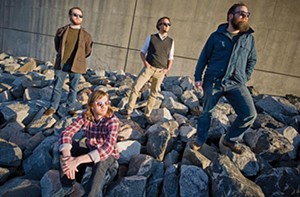 Everyone knows about Gwar and the No BS Brass Band. But what about the hundreds of other local acts that never get the recognition they deserve? Just a few of our favorites around town include:

Against Grace: These pop rockers have been playing for years and always pack the house. They've been to Japan, opened for Switchfoot and the Airborne Toxic Event and often win contests they participate in. You usually can catch them at the Canal Club or Wabi-Sabi in Petersburg.

Exebelle and the Rusted Cavalcade: Specializing in country rock with a mournful, psychedelic edge, this band is flush with excellent songwriting. Exebelle has released a handful of recommended EPs, but is busy working on a double LP as we type. Just buy it.

Goldrush: Musician and man-about-town Prabir Mehta gets together with some classical musicians from the Richmond Symphony and an incredible mixture of music occurs. They recently performed at South by Southwest.

SCUO: The duo of jazz musicians Scott Clark and Scott Burton is nothing less than magical.

Snowy Owls: Fuzzy indie-rock never sounded better. Expect to be blown away by a lot of wonderful noise.

Dean Fields: A singer and songwriter with an incredible voice and lyrics that will melt your heart. His newest release, "Under a Searchlight Moon," is simply amazing.

Lost Satellites: Frank Scott's stately pop-rock group may be too subtle for Richmond's novelty-loving rock scene. The group's ties to regional indie-pop legends Chris Stamey and Peter Holsapple should tell you where it's coming from.

Underwater Seacreatures: Progressive dance pop — the hipsters call it "chill wave" — isn't exactly a hot genre around here, so it's no wonder this excellent studio-centric duo (which just released its second EP) has been getting good buzz in other locales. 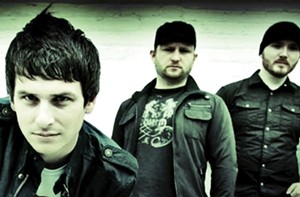