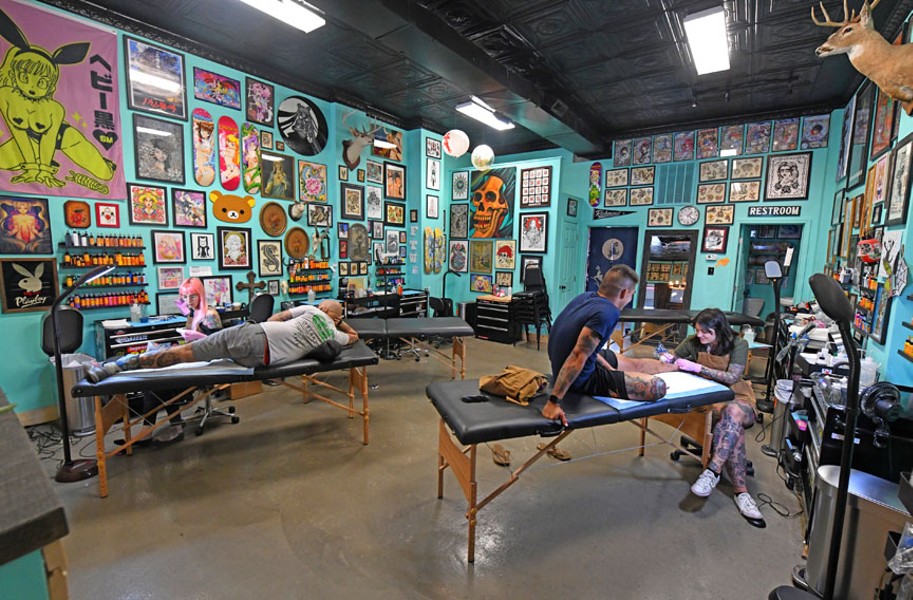 Tattoos are everywhere in Richmond. We usually make the top five list of most tattooed cities with around 15 shops per 100,000 people. We don't have an exact count, because some shops come and go, but there are probably around 40 or so tattoo shops in the area, which can make it very hard to stand out.

Co-owners Ryan and Kimberly Wall opened Black Rabbit Tattoo in November 2015 and were slow to grow at first, but have taken off in the last couple years.

"One interesting thing, all the artists in the shop are female. That's not a common thing in tattooing, it's a male-dominated industry," explains Ryan Wall. "We found that men and women both feel more comfortable at times with a shop full of women, it's less intimidating and more inviting. Also we do try to go above and beyond for our clients. We try to be up front, fair and as accommodating as possible."

This summer, Black Rabbit is putting on and sponsoring a tattoo convention at the Greater Richmond Convention Center from June 14-15 that is called Anime Ink — which means, you got it, that they will be focusing on anime tats.