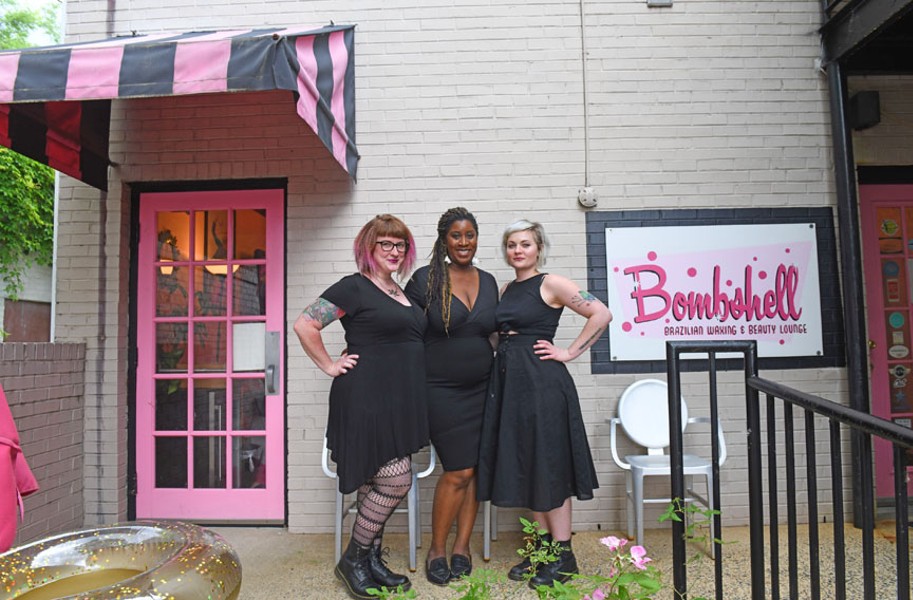 When Melissa Black was just a child, she used to get dropped off at Circus Circus Hotel in Las Vegas with a bag of dimes to experience the sights and sounds of that city. She's well versed on its glam style, along with classic pinups, which would later influence her full-service salon business, Bombshell, which she started in Carytown 10 years ago.

Bombshell Brazilian Waxing and Beauty Salon now offers a wide range of services — from waxings to sugaring, tanning, weddings, hair, nail and skin salons and the business has grown to two more local locations in Glen Allen and Midlothian, as well as fourth in (yep) Las Vegas and fifth in West Hollywood.

"We have our own signature brand of wax and sugar paste we use, we're unique in that category," says her husband and partner, Scott. "One of our specialties is what we call the practically painless Brazilian wax [for women and men]."

The couple had a background in hospitality work so the two pride themselves on what Black calls "five diamond customer service style" as well as being on the cutting edge of the salon world. It's all the brainchild of Melissa, who spends plenty of time in Las Vegas and West Hollywood to be up on current trends, such as microblading eyebrows. She studied with the legendary Brow Daddy, for example.

The couple is about to open an accredited aesthetician school at the Southside location at 4821 Commonwealth Centre Parkway in Midlothian.

"It's going to provide educations for people to become aestheticians and professional waxers and sugarers," Black says. "We will still be a full-functioning, full-service salon. But we'll be able to give discounts to clients to be with apprentices, etc. The cream of the crop will hopefully end up working for us."