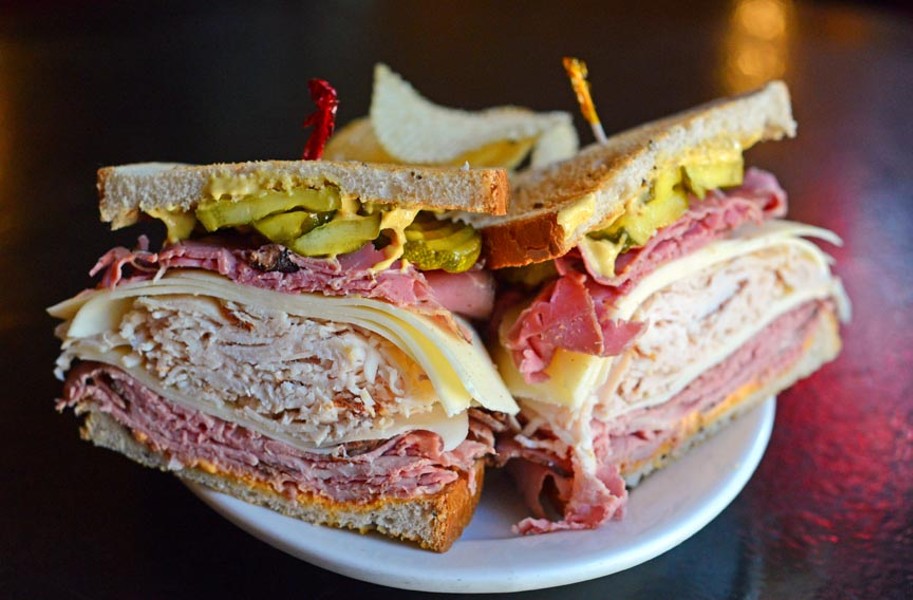 No matter what kind of sandwich you order at Chiocca’s, it will fit in the petite toaster oven, owner Scott Ripley promises. “We do what we can to squeeze it in there.” Open since 1952, the subterranean restaurant has its circle of devoted customers, some of whom were wary when Ripley bought it in 2010. What kind of changes would he make? “I think I’m going to bring in flat screens and credit-card machines, if that’s OK with you guys,” Ripley told them. That seemed fine, so things have remained pretty much the same at Chiocca’s: enormous toasted Dagwood, Italian and Reuben sandwiches, with chips and pickles on the side.