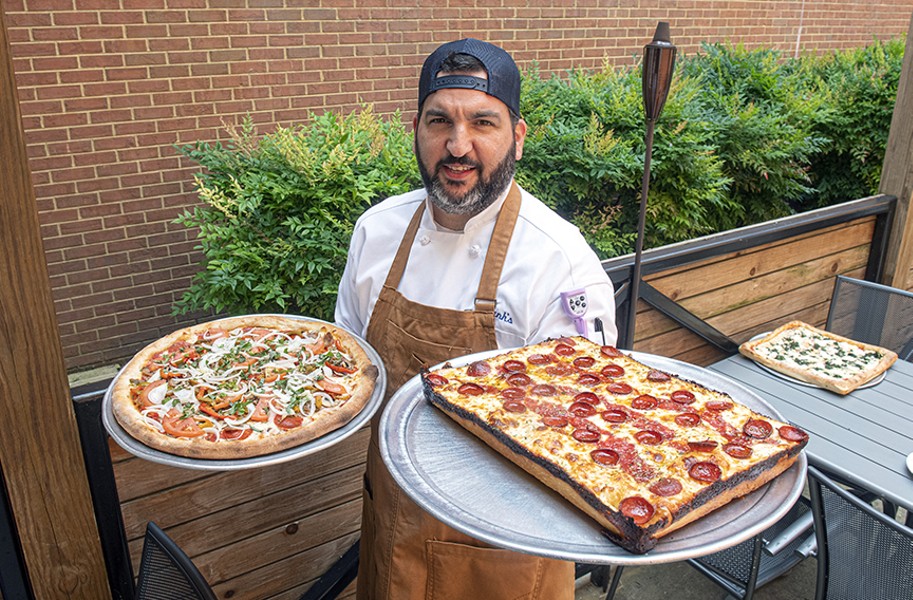 Frank’s Ristorante & Pizzeria chef Giuseppe Carollo has been helming the kitchen of his parents’ beloved Bon Air restaurant since 2013. Before this, Carollo ran his own popular West End Italian restaurant, Bocca Toscana.

Carollo says when he came to work full-time at Frank’s, it redid the bar and added the patio, putting in new kitchen equipment and new pizza ovens. But he kept most everything the same at the now 30-year-old restaurant.

“Frank’s opened in 1991 on my ninth birthday: I grew up here,” Carollo says. “Frank’s is one of those special restaurants. … You don’t realize what you have sometimes until you come back.” Carollo says that when making the tough decision to close Bocca and move over to Frank’s, he was heartened by the fact that the Stony Point customers are as loyal – and devoted – as they get.

“Just before I decided to sell my old restaurant, I was answering to-go order calls at Frank’s on a busy night and a customer recognized my voice, he said ‘Giuseppe, is that you? Hold on I’ll just come hang out with you at the restaurant.’ I hadn’t talked to this person in two to three years,” Carollo says.

The chef says they were lucky during the pandemic, as Italian food “carries well” and customers never stopped ordering the signature New York Sicilian pies and hearty lasagna. “We added online ordering and curbside pickup and all the servers would take on different tasks, we were able to adapt,” Carollo says.

Now, you can still place an online order for pickup or delivery, but Carollo says it’s also refocusing efforts on full-service dinner menu items like veal chops and lobster tails.