Best Places to Find Coworkers When You Work Alone 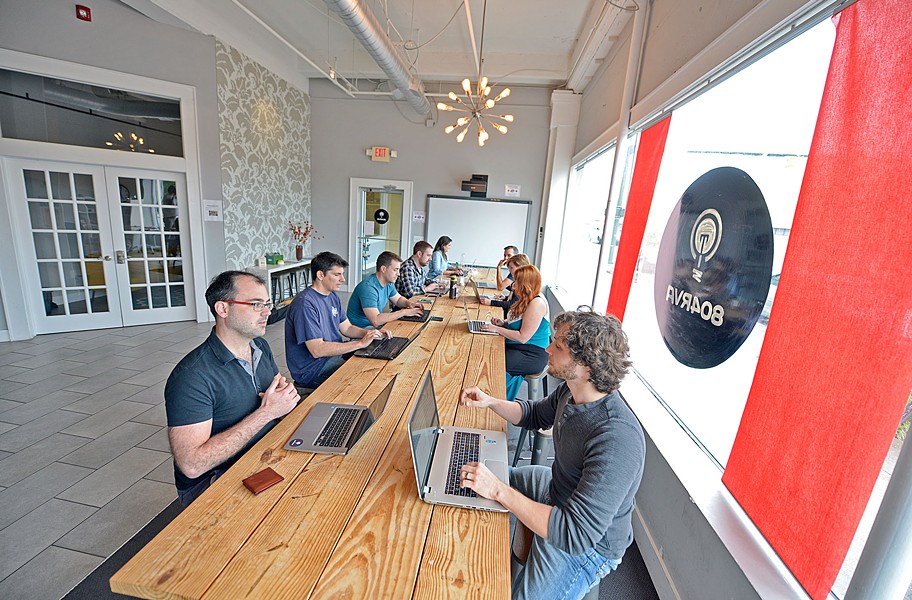 Are you an entrepreneur who works virtually from a laptop? Perhaps you’re have no intention of paying big rents for office space and are tired of fighting for an outlet at Starbucks. Co-working could be the answer, and it’s been catching on in Richmond.

At 804RVA, near West Broad and Allen streets, people pay monthly fees for a space to work, with Wi-Fi included.

On a recent day about a dozen mostly young people toil away on their screens, in private phone booths or in conference rooms. “We’ve been in business for about five years,” company manager Ashley Ray says.

Available are a smart screen and a 3-D printer. Fees of about $250 a month or $45 a month on a pay-as-you-go basis get you more as well. Blanchard’s coffee is included along with a tap for Center of the Universe craft beer. For a nominal fee, a healthy-food chef will leave prepared meals for you in a common refrigerator. There are tea times and nacho and rooftop party nights to keep things social, Ray says.

Another co-working center, Gather, has locations downtown and in Scott’s Addition, offering many of the same amenities (except the coffee comes from Black Hand). A third center is GangplankRVA at 501 E. Franklin St. It has other offices in Arizona and Ontario.