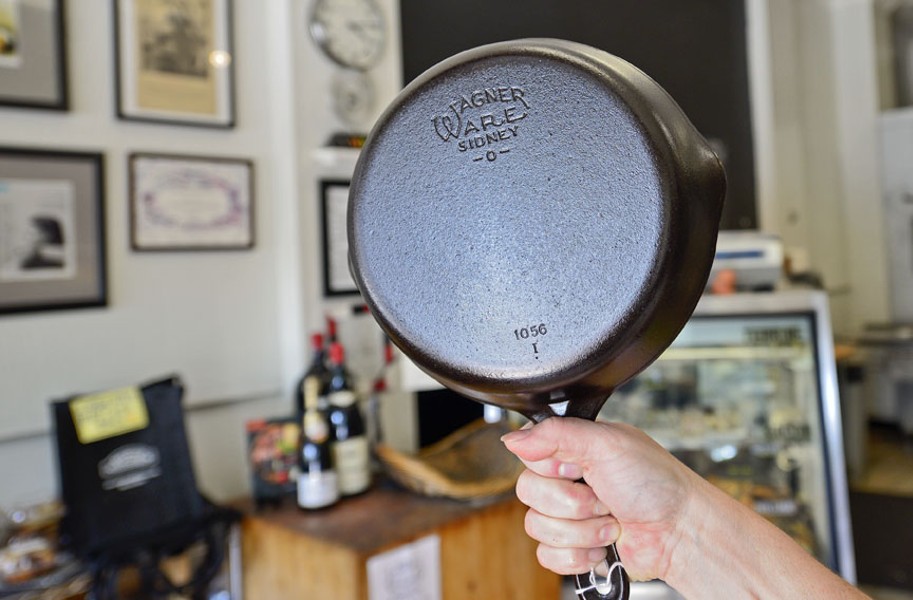 Cast iron isn't exactly difficult to find — you can swing by just about any home goods retailer and pick up a brand spankin' new cast-iron skillet for a reasonable price. The pans aren't what they used to be, though, so if you're looking for one that's lighter, with a smooth, nonstick surface that browns your food evenly, antique is the way to go. But with more and more home chefs hopping on the old-school cast-iron bandwagon, these cooking treasures are becoming increasingly difficult to track down.

Thankfully there are folks who will do exactly that for you. Virginia native Katie Hoffman, who grew up in Cartersville and now lives in East Tennessee, loves perusing flea markets and antique stores for vintage cast-iron pans. And a couple times a year she sets up shop at Belmont Butchery, where she sells her reclaimed and re-seasoned finds. She also teaches customers how to properly use and care for the skillets.

Last fall, Hoffman demonstrated the art of making cornbread in cast iron, and in March she held a session on preparing Appalachian taters and onions, plus some sausage from the butchery.