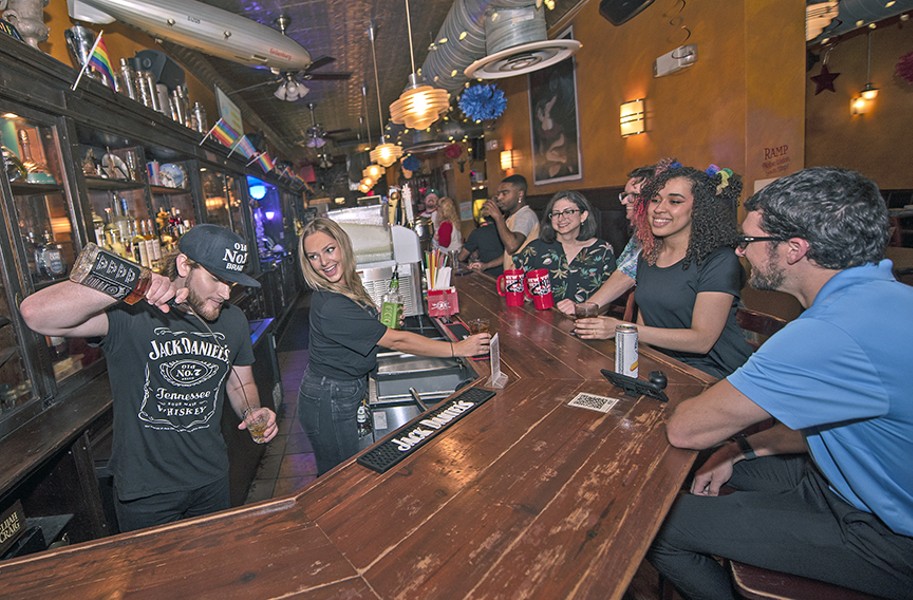 This was a close contest. Calling itself the oldest restaurant in Richmond on its website, the New York Deli started out in 1929 as a Northern-styled deli with cans stacked behind the counter to the ceiling. Now it’s one of Carytown’s most popular restaurants and bars, with regular DJ nights, karaoke (Thursday nights) a trivia night and plenty of drink specials. There’s some big news, too: It’s likely to become more popular this fall when it plans to open a rooftop bar to offer dining, private parties and outdoor movies projected onto the side of the Byrd Theatre building.

The project was financed by a Kickstarter campaign that sought to raise $145,000 and ended with $170,153, as donors paid $1,000 to $3,000 for private, catered four-hour events (some rooftop only, others rooftop and downstairs). Apparently, many people having weddings jumped at the chance of holding affordable receptions on a newly built Carytown rooftop. Now the owner of the New York Deli, Demetrius Tsiptsis, just needs to secure the proper permits before the scheduled parties start happening in October, he says. Essentially, this will be a party room outdoors, he says – with the wooden deck going up soon and accompanying stairs from the small courtyard behind the restaurant.

Rickee Jones, the assistant manager, says it’s been great to have bar regulars coming back after things thinned out during the pandemic. She sounds excited for the rooftop expansion. “We won’t have a full kitchen [up there] but it will have seating and a bar, also the Byrd will be showing movie nights, so they’ll be in charge of ticket sales and get a portion of dinner sales.” The seating space atop the building should be roughly the same as the inside dining area (50 to 100) with a stairway up from the back patio. Just please, no films with anything too distracting – fender benders in that crazy Carytown traffic could go off the charts.