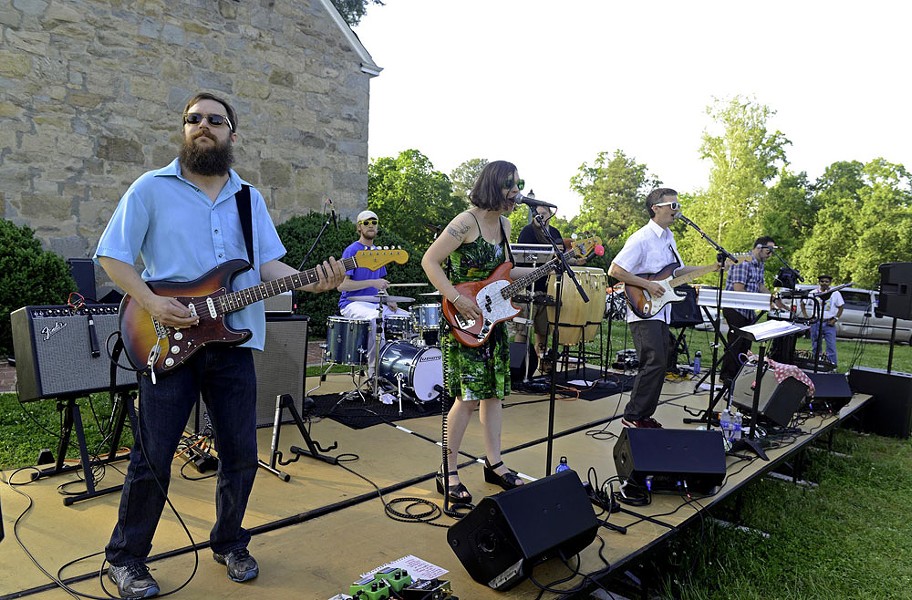 What’s the difference between a cover band and a tribute band? The tribute band performs only the work of one artist or group — oh, and it can really play.

Richmond has some amaze-ball tribute groups that draw large crowds and always leave the people smiling. The first that comes to mind is Fear of Music, a world-class Talking Heads cover band made up of hardworking local musicians moonlighting from their original music gigs, including the stellar Chrissie Lozano of Lady God on bass, Bob “Moog Died for Your Synths” Miller of Bio Ritmo on keys, Dusty Ray Simmons of DJ Williams Projekt on drums, and local videographer and veteran musician Nate Griffith, doing the best David Byrne impersonation this side of the Mason-Dixon Line.

These guys always draw a dancing crowd because the spot-on music is warm, funky and upbeat and it really nails the intricate and diverse rhythmic influences that made the Heads such an interesting group. The live shows ride a serious groove that can transport you back to the Heads’ early CBGB days one moment, and then take you into the oversized “Stop Making Sense” concert era the next.

Other tribute acts definitely worth your time include Life on Mars, a David Bowie tribute act that provided some celebratory relief in the year of the passing of the Thin White Duke. And there’s also a strong Neil Diamond tribute act, the six-member Diamond Heist, which knows the magic of “Sweet Caroline” in a rowdy bar setting. That’s fire.