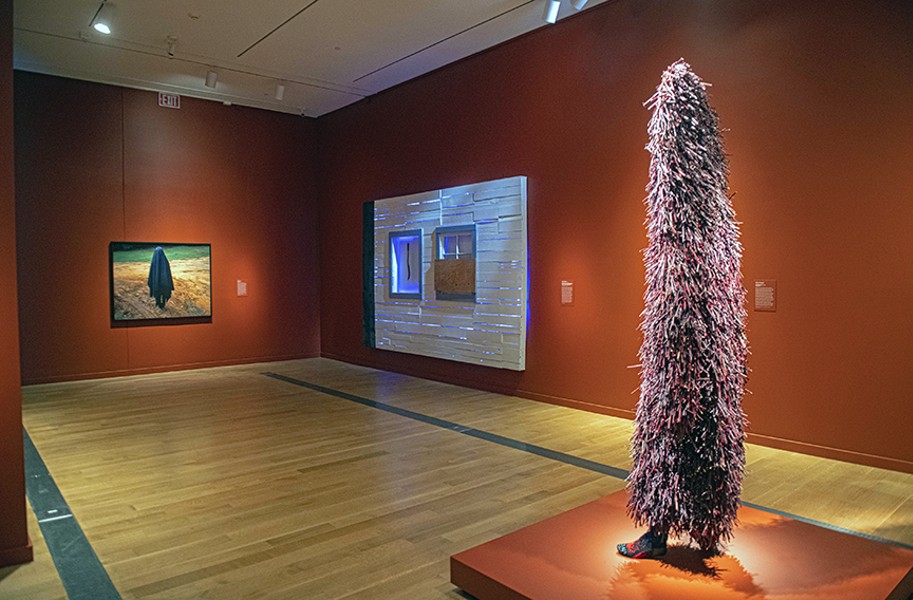 Scott Elmquist/File “The Dirty South: Contemporary Art, Material Culture and the Sonic Impulse” is on display at the Virginia Museum of Fine Arts through Sept. 6.

The Virginia Museum of Fine Arts, or VMFA as its more commonly called, just keeps getting better with age. Not only has it made a concerted effort to diversify both its staff and exhibitions, notably adding the popular sculpture “Rumors of War” by artist Kehinde Wiley in front of the museum in 2019, but it also recently announced its largest ever expansion. The renovation, which carries a price tag of $190 million, will add a 100,000-square-foot wing, renovate 45,000 square feet of existing space, and provide a stand-alone 40,000-square-foot collections center, making the VMFA one of the largest contemporary art museums in the country. In more good news, it will be adding roughly 300 parking spaces.

According to a recent Style Weekly cover story, Alex Nyerges, the museum’s director and chief executive, said the new special exhibitions space would be a huge boost. “It will allow us to have two major special exhibitions on at the same time and it will help us increase our attendance, increase our revenue,” he said. “It’s going to increase tourism, giving people more reasons to come to Richmond.”

Internationally renowned architecture firm SmithGroup started working on the expansion last month, but you can expect it to take roughly two years of design work and two years of construction, likely to be finished in late 2025.

The museum’s latest major exhibition, “The Dirty South: Contemporary Art, Material Culture and the Sonic Impulse,” organized by Valerie Cassel Oliver, was recently reviewed positively by the New York Times, whose critic described it as “big and juicy” with a “particular resonance” to being seen in Richmond; that show will be traveling on to other museums. We can’t forget to add, the sculpture garden behind the museum is a great place to people watch and just hang out with friends or a book on a beautiful day in the presence of art.