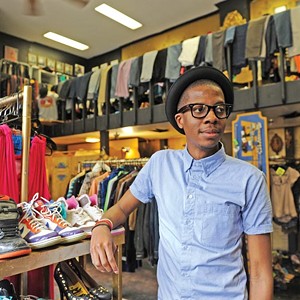 Most fashion blogs just annoy us -- no, attending Fashion Week in New York City does not affirm your value as a human being, you cooler-than-thou twit. But Dirty Richmond (dirtyrichmond.tumblr.com) manages to document the city’s collective style without ever coming off as pretentious. That’s mostly because of the man behind the site, a beanpole-thin Virginia Commonwealth University graduate student named Brian McDaniel. Armed with a camera, sincere enthusiasm and an eye for the aching cool, he takes pictures of people on the street whose sartorial choices set them apart. Or people he simply finds interesting. And here’s why that’s great: It’s simple. It’s creative. It’s revealing. It celebrates a part of Richmond that rarely gets attention. Winner.