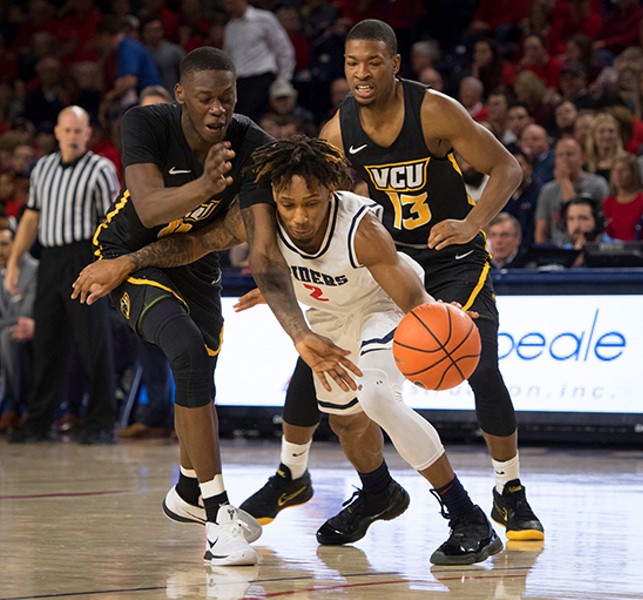 Remember back in 2011 when national media outlets were going gaga for Richmond, calling it Hoopstown, USA? That was because we had two great college basketball teams making big waves during March Madness that year – one of them, the Virginia Commonwealth University Rams, made it all the way to the Final Four in one of the greatest Cinderella runs in the history of college basketball. The other, the Richmond Spiders, already known as a giant-killer in the tourney, made it to the Sweet 16. But the crosstown rivalry between the two schools, also known as the Capital City Classic (and before that, the Black and Blue Classic), was already well underway before both teams made their historic runs and the national media noticed.

The rivalry is usually framed as the VCU Rams being the inner-city team that represents the city and the Richmond Spiders being the elite West End private school team in the ’burbs – which folks should maybe stop doing because it’s not fair to the players on both teams who hail from all over the country. The teams first played each other on Jan. 29, 1976, and since then, the Rams hold a commanding lead in the series, having won 55 times to the Spiders’ 31 victories. With both teams in the Atlantic 10 Conference, they usually play each other at least twice a year, a game at each school’s gym, and often meet again in the A-10 tournament at the end of the regular season, where a win could mean a trip to the big dance.

So how does this upcoming season’s matchup look? These teams always play each other tough, so anything could happen … but, VCU just lost its best player, Nah’Shon Lee “Bones” Hyland to the NBA draft and the Spiders have five older, experienced starters and 1,000-point scorers returning thanks to the pandemic allowance of an extra year of eligibility. So early odds say that Richmond will be favored.

But hey, it’s a rivalry: Anything can happen.