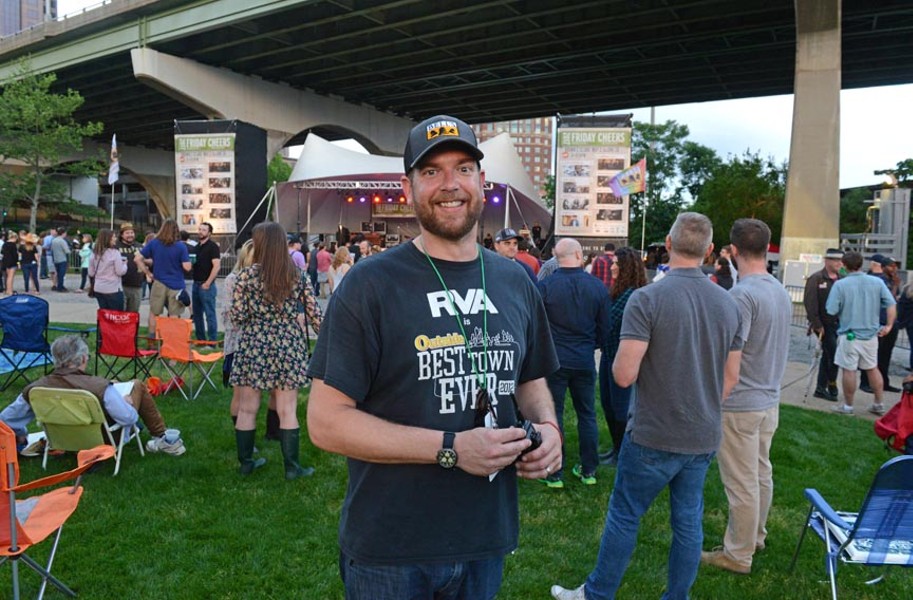 Richmond’s longest-running summer concert series, Friday Cheers, kicked off its 33rd season in May on Brown’s Island. What’s amazing about this inexpensive and fun Friday get-together by the James River is the impressive talent that Venture Richmond Festival Manager Stephen Lecky, pictured above, manages to book, often as early as August the year before. “If we have a good feeling about an artist, a hunch, we will go after them,” he says. “But it could mean the difference in thousands of dollars if we wait three or four months too long.” But Lecky says word is spreading about the series being a great place to play, so now it has the luxury of bands reaching out to it.