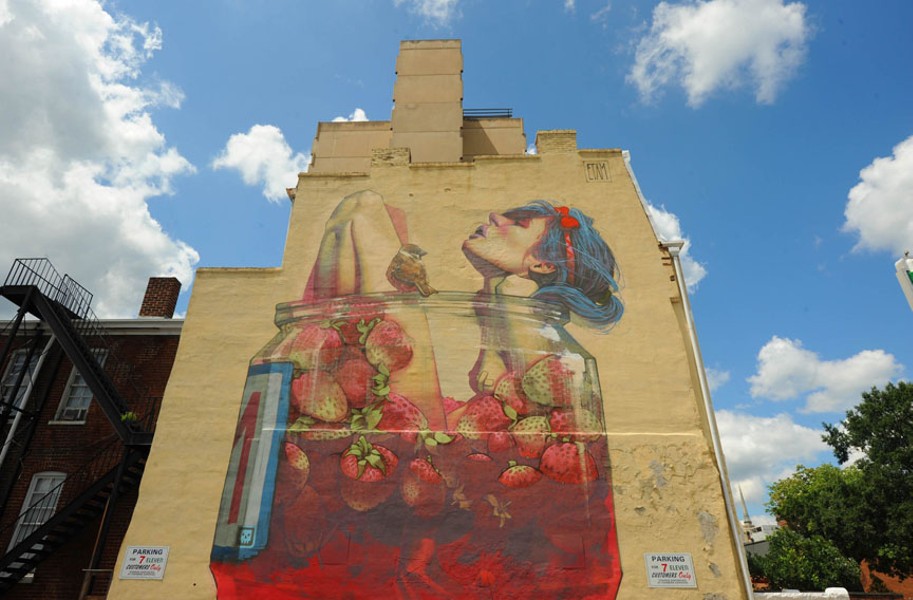 No surprise here: The surreal image of the skinny, blue-haired girl squeezed into a jar of strawberries on the building at 1011 W. Grace St. is one of the most beloved murals on the East Coast.

Created in 2013 for the Richmond Mural Project by Polish artists Sainer and Bezt, collectively known as Etam Cru, the mural was ranked by Buzzfeed as the third best piece of street art in the world almost immediately upon its completion.

Those two street painters, who graduated from the Academy of Fine Arts in Lodz, Poland, don't like to say much about any meaning behind their work. They leave it up to the viewer — how smart! But the city should feel lucky that these artists' first trip to America resulted in a highly acclaimed mural right here in Richmond that helped put the city's mural scene on the international map in a big way.

Of course, it's Richmond so the girl has tape over her nipples. Geez Louise.