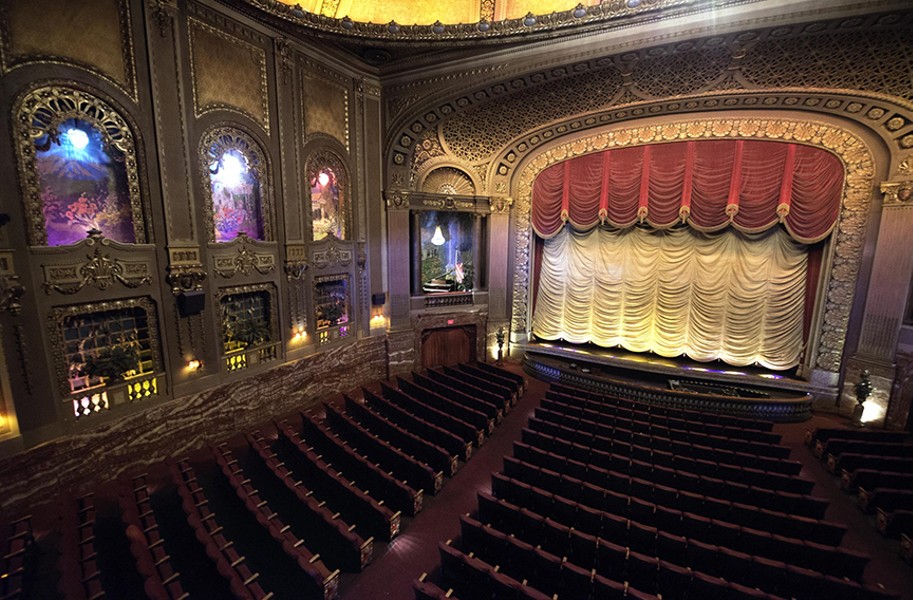 Anyone who walks into it for the first time usually has a jaw-dropping moment. Having opened on Dec. 24, 1928, with the film “Waterfront,” the Byrd Theatre is one of the most gorgeous historic movie palaces in the United States, or the world for that matter. A Virginia historic landmark, it was built in the lavish French Empire style with an interior of imported Italian and Turkish marble, hand-sewn velvet drapes and a massive Czechoslovakian chandelier with over 5,000 crystals suspended above the audience. As any Richmonder knows, it’s sort of a local rite of passage to hear the mighty Wurlitzer organ played before a Saturday night screening.

Last year, the Byrd hired a new executive director, Stacy Shaw, who has three decades of experience as an arts administrator and more recently, the theater reopened to showing films as well as offering private movie parties. Other big news? Lisa Rogerson, who handles the Byrd’s publicity, says the theater finally got its ABC license so it can now offer wine and beer. “The offerings have been carefully curated to ensure they go well with popcorn,” she says. Fans will be pleased to know that organizers have spent many hours and dollars upgrading the Byrd’s heating, ventilation and air conditioning system, having ducts cleaned and air scrubbed and UV filters installed to kill pathogens in the air, Rogerson adds.

Another new venture is right around the corner: As mentioned in our New York Deli write-up in this issue, the Byrd is installing a projector atop the new rooftop deck that the deli is planning to build and open by October, which will project movies across Bygone’s Vintage Clothing’s rooftop and onto a professional movie screen on the side of the Byrd Theatre. “We are thrilled to be a part of this exciting new venture,” Rogerson said in an emailed statement. “The New York Deli is a great friend and partner to the Byrd Theatre.”