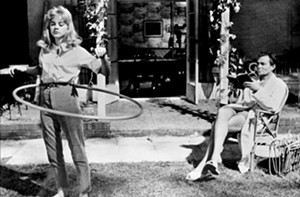 The most noteworthy flicks with Richmond roots, according to the cineastes at the James River Film Society (jamesriverfilm.org), a volunteer-run nonprofit dedicated to the art of film and film as art.

"Lolita" (1962) – According to the late film critic Carole Kass, there are two Richmond shots in Kubrick's classic — one looking east on Broad Street toward Old City Hall, and another in Church Hill when Professor Humbert goes to visit Lolita.

"My Dinner With Andre" (1981) – Filmed to look like it was set in New York, the majority of this art-house favorite was shot in at the Jefferson Hotel; local chef Chris Gibbs prepared "the dinner."

"The Thrillbillys" (2001) – This "moonshine-fueled rampage of revenge" against the Super Great Marts of the world, was written, directed and produced by Jim Stramel, Richmond's low-budget filmmaking maestro. 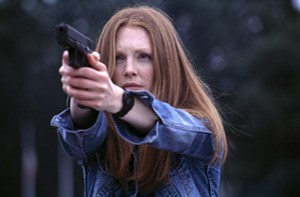 "Hannibal" (2001) – This follow-up to "The Silence of the Lambs" includes scenes filmed in the old State Library, the Fan and Shockoe Bottom. No wonder there's no fava-bean-themed restaurant in Richmond.

"New Jerusalem" (2011) – Much of Rick Alverson's meditation on spirituality and the struggle for meaning (starring Will Oldham), was shot in Will's Tire Shop on Jefferson Davis, Steve's Diner, Ipanema and Country Style Donuts. 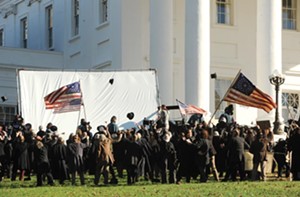 "Lincoln" (2012) – While it won't hit the theaters till December, what list would be complete without the Steven Spielberg film featuring Daniel Day-Lewis in the title role, which took Richmond by storm last fall?