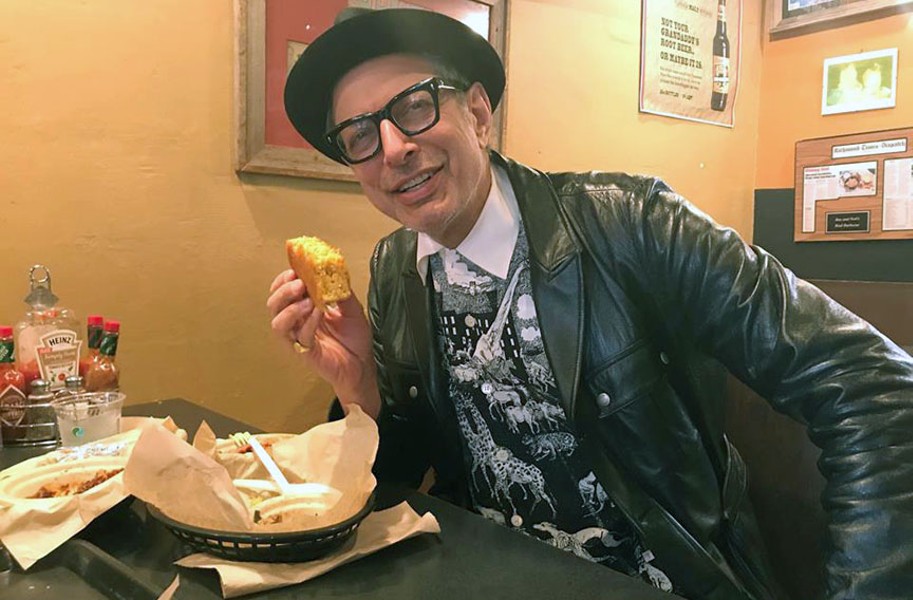 Jeff Goldblum at Buzz and Ned's

Richmonders know Buzz and Ned's Real Barbecue as one of the city's most popular barbecue joints. And what do visiting celebrities and musicians who stop in Richmond often want to eat? That's right, the South is known for barbecue — even the quasi, mid-Atlantic, purple South, whatever you want to call us. Now picture veteran Hollywood actor Jeff Goldblum ("Jurassic Park") in town for a convention for Apartments.com, sitting at the Buzz and Ned's in Scott's Addition, chowing down on ribs and cornbread. He's telling his companion: "Don't knock rationalizations, where would we be without them? They're more important than sex." To which his companion responds: "Aw, c'mon nothing's more important than sex." And Goldblum shoots back: "Oh yeah? Did you ever go a week without a rationalization?" Annnnnnd scene.