Critics weigh in on the year’s best releases. 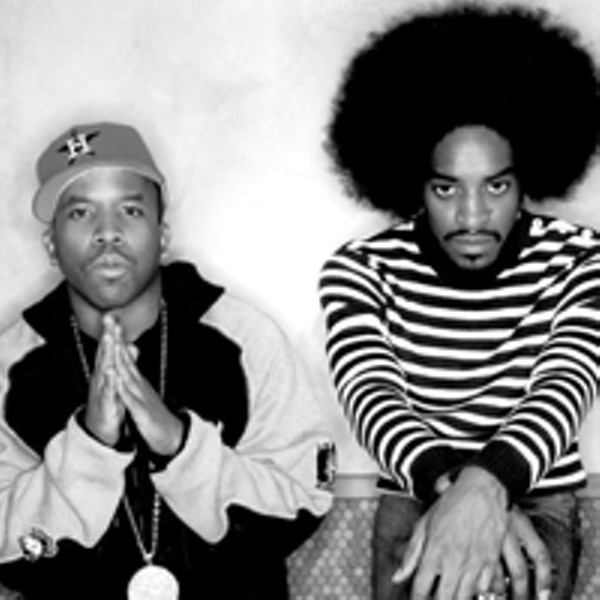 Ames Arnold, roots music critic:
Dan Reeder “Dan Reeder” (Oh Boy) — Funny, profane, absurdly profound folk and blues songs about everything from the Cuban Revolution to Reeder’s shortcomings in the love department. This first recording is a work of minimalist genius. Reeder’s no-frills guitar work and vocal performance are so straightforward that you wonder why nobody has made music quite like this before. Not for kids or your mom.

Chris Smither “Train Home” (Hightone) - A finely crafted, lyrical inspection of the human condition matched with great acoustic picking and slide guitar. This guy’s been on the folk scene since the ’60s, but he’s really hitting his stride these days. Humorous, reflective and deadly serious.

Drive-By Truckers “Decoration Day” (New West) - These raucous Southern rockers are finally getting their due thanks for great recent recordings like this one. Powered by tough-minded songs from Patterson Hood and Mike Cooley, DBT take a loud and proud look at life’s darker side this time around. The songs may be set in the South, but the convictions stated speak to everyone.

Don Harrison, music critic:
OutKast “Speakerboxxx / The Love Below” (Arista) — Debate the relative merits of the two discs — Big Boi’s traditional hip-hop vs. Andre’s cocktail funk — or argue it’s place in the pantheon (better than Stankonia? Maybe, maybe not), but you can’t deny that OutKast’s latest stunner is a real pop achievement, especially when it hasn’t left your CD player in months. If this two-La Faced coupling of rap, soul, funk and intergalactic rock is “uneven,” so what? It’s the release that gave me the most aural pleasure in 2003, warts and all, and if it happens to be the end of the story, or the birth of two solo careers, it’s a helluva funky finale.

Babybird “Box Set” (Baby Bird Recordings) — Tapping into that British eccentric vibe that gave us Syd, Bowie and Robyn, the prolific Stephen Jones, aka Babybird, issued some of the finest indie rock music of the ’90s on a series of lo-fi limited edition CDs before scoring hits on the U.K. pop charts. His unique one-man-band style hasn’t translated to the States yet, but Jones is the real deal and this reasonably-priced box set (technically a late 2002 issue) is where you can get his seminal first recordings — a wealth of melodic pop, found sound samples, introspective balladry and oddball dance funk. The box is a limited edition release as well and worth the hunt.

Radiohead “Hail to the Thief” (Capitol) — ... and quietly, while no one was looking, Radiohead released their finest album to date.

50 Cent got dropped by his first record label after he was famously shot nine times, so he knows hip-hop doesn’t exactly have a fantastic retirement program. But considering 80 percent of the cars passing my house are still blaring this album 10 months after it came out (in hip-hop time that’s, like, nine years), I reckon 50’s got a shot at the gold watch. His resilience is due less to his gorgeous, almost Southern flow or Dr. Dre’s and Eminem’s casement-rattling beats than to the way tales of street life have you cheering for 50 in the same conflicted way you root for Tony Soprano. Oh, and dancing like it’s your birthday.

Thursday “War All the Time” (Island)

Ask your average hipster why he doesn’t want a job in the “straight world,” and he’ll mumble something about getting more satisfaction from his life than an office affords. Then he’ll serve you your latte. Ask Thursday’s Geoff Rickley, and he’ll tearfully yelp about people being strangled by neckties, their teeth falling out “like typewriter keys” as they drown in memos. And he will make you rock while doing so, which is why Thursday’s major-label debut is so successful — these Jersey kids present such a passionate case for a better world that you want to get your own damn coffee as soon as your neck stops hurting.

Belle and Sebastian “Dear Catastrophe Waitress” (Rough Trade) — This Scottish indie-rock band started strong, making two near-perfect albums in 1996, and have been stinking up the CD racks ever since. Until this album, on which they dialed back the democratic impulses that made their follow-ups such a mess and focused on mush-mouthed singer Stuart Murdoch’s mordantly catchy songs about religious and sexual ambiguity. And somehow producer Trevor Horn taught Belle’s famously loose musicians to attack pop songs like Montecore in the mood for German food.

Rene Marie’s “Live at Standard” (MaxJazz) — Recorded in a New York club, this album comes as close to capturing the one-time Richmond singer’s intimate charisma as digital technology allows. Supported by her longtime (now disbanded) Richmond-area trio, the singer is at her most emotionally direct and vocally confident.

Miles Davis “The Compete Jack Johnson Sessions” (Columbia/Legacy) — This sprawling, funky, five-CD labyrinth of brilliant playing and sonic missteps was edited down to create the last great Miles record. It’s an exhaustive documentation and a recording that’s been described as one of the best jazz-rock records of all time.

Wayne Melton, Associate Arts Editor:
Gang Starr “The Ownerz” (Virgin) — It’s not the best Gang Starr album, but the fact that the group’s sixth (since 1989) can still reside among the top hip-hop records of the year is a testament to the seemingly effortless skills of rapper Guru and DJ Premier. “The Ownerz” is as classic as OutKast is progressive. Exactly what we’d expect from the confident genius of Premier, whose beats and samples have shepherded the business for more than a decade, and Guru’s rich vocal style.

Ladytron “Softcore Jukebox” (Emperor Norton) — The British electro-clash band Ladytron shows off its obscure band knowledge with “Softcore Jukebox,” a mix tape of music the band thought you just had to listen to. Following its 2002 release of synthesized dance-floor pop, “Jukebox” gathers Ladytron’s favorite dance music including Shocking Blue’s “Send Me a Postcard,” My Bloody Valentine’s “Soon” and Fannypack’s “Hey Miami.” No matter the title, this album is hard-core good.

Moving Units “Moving Units” EP (Palm Pictures) — Full-length CDs cause me to fast forward a lot these days. Enter (or re-enter, rather) the EP, friend to musician and listener alike, if only for its disdain of filler and its attraction to bands of the moment. The Los Angeles post-punk foursome Moving Units encapsulated its benefits in a four-song freshman outing this year. I wouldn’t call it timeless, but it’s some of the best danceable guitar music since the Clash rocked the Casbah.

Mark Mobley, Editor in Chief:
OutKast “Speakerboxxx/The Love Below” (Arista) — The best music of the new millennium is omnivorous. Atlanta’s OutKast could have been a straight-up hip-hop group, a black rock band or even a slow-jam R&B outfit. But this pair of albums (released as a two-CD set) proves they’re all that and more, in the tradition of musical visionaries Sly Stone, George Clinton and Prince. Andre 3000’s delicious “Hey Ya!” was one of the singles of the year, with a killer video featuring multiple costumed Andres, each and every one suave.

Vic Chesnutt “Silver Lake” (New West) — The sage of Athens, Ga., writes one of his slowest and most poignant songs (the achingly slow “Sultan, So Mighty”) and one of his peppiest and funniest (“Band Camp”). Chesnutt dedicated this collection of typically haunting material to two friends who died in the past couple of years, Widespread Panic guitarist Michael Houser and historian John Ryan Seawright; we should all be remembered so well.

Various Artists “Aliens, Psychos and Wild Things, Vol. 3” (Arcania International) — If the Richmond City Council wanted to do something useful, it could mandate that this disc appear in every jukebox in the city limits. At a time when young bands are pillaging ’60s and ’70s rock music and considering themselves original, it’s thrilling to hear how much imaginative talent there was among bands in this area 35 years ago. The playing isn’t always great, and the production can be primitive, but the music — some of which is being released for the first time — is psychedelic, freaky and inspired.

Carrie Nieman, Arts Editor:
“Verve Remixed 2” (Verve) – Laid-back beats are added to classics from the Verve records vault, from the downtempo duo Funky Lowlives’ shake up of Dizzy Gillespie’s “Manteca” to house legend Felix Da Housecat’s electrifying version of Nina Simone’s already chilling “Sinnerman.” While jazz purists will say the songs haven’t been altered much, save some beats, I believe this CD makes these songs come alive for a new generation.

Steve Winwood “About Time” (SCI Fidelity) — Winwood finally bagged the pop thing and reconnected with his Traffic roots. Here he’s got a looser vibe — playing Hammond organ with a guitarist and percussionist. Songs are inflected with Latin and Afro-Caribbean rhythms and Winwood’s signature voice.

OutKast, “Speakerboxxx/The Love Below” (Arista) — I third the already mentioned release. It’s refreshing for a hip-hop act to do something inventive. And hey, Murder Inc., Bad Boy, et. al, get this: These guys can be different and still score hit singles. It’s not all great, and some of the lyrics are downright goofy, but it’s fun. S