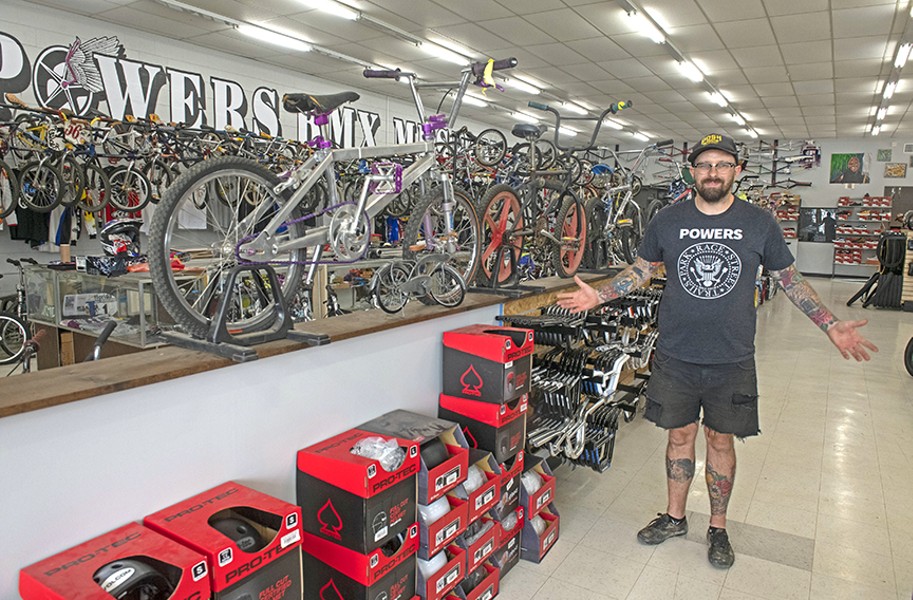 If you don’t know what BMX stands for, it may be tough to appreciate why Powers Bike Shop scored first place for bike shops in a place like Richmond, which has a healthy share of independent bike shops. BMX is short for bicycle motocross, a sport centered on racing fast, off-road tracks using a bike that’s lighter and smaller than a road bike or mountain bike. Just to be clear, Powers Bike Shop sells and services only BMX bikes, one of maybe 10 in the entire country that is solely dedicated to BMX.

Powers Bike Shop owner Chad Powers started riding BMX in 1996 and by 2004 – at the tender age of 20 – had opened his eponymous shop. It’s there that devotees of BMX as well as those newly curious about the sport can visit a BMX haven. In addition to bike sales, the shop does repairs and offers a healthy dose of BMX bonding and advice.

“Because we only sell, repair and deal with BMX style bikes, we are a pretty niche market,” Powers says. “That makes it super nice because we build lifelong relations with our customers.” Word of mouth and social media help spread the BMX gospel.

Calling himself the owner and “doer of all the things,” Powers acknowledges that the shop wouldn’t be where it is at without his experienced staff, including Pedals the dog. “The best part of having the shop is being able to keep everyone rolling in the sport of BMX, which we all love. Plus the shop gives the city a solid base so our BMX scene can thrive.”

As for why people are drawn to BMX over more conventional cycling, Powers believes he has figured out its appeal over his 25 years.

“The biggest thing is you can literally be whoever you want and do whatever you want on a BMX bike,” he says. “It gives you that freedom.”