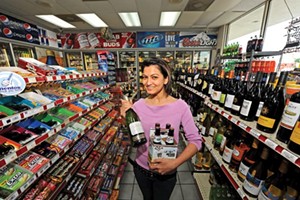 You’re on your way to a friend’s house, already 20 minutes late. You remember you promised to pick up a six-pack. And you really don’t want to show up with something lame. Friends Mart is your new best friend.

This unprepossessing gas station and convenience stop at West Broad Street and Commonwealth Avenue has a wall full of chilled microbrews — we’re talking Legend, Starr Hill, Bell’s, even some 22s of Chimay. It has a nice wine selection too.

A few other convenience stores that go beyond mainstream: Sheppard Street Market in the Fan and Fastop on Huguenot Road.